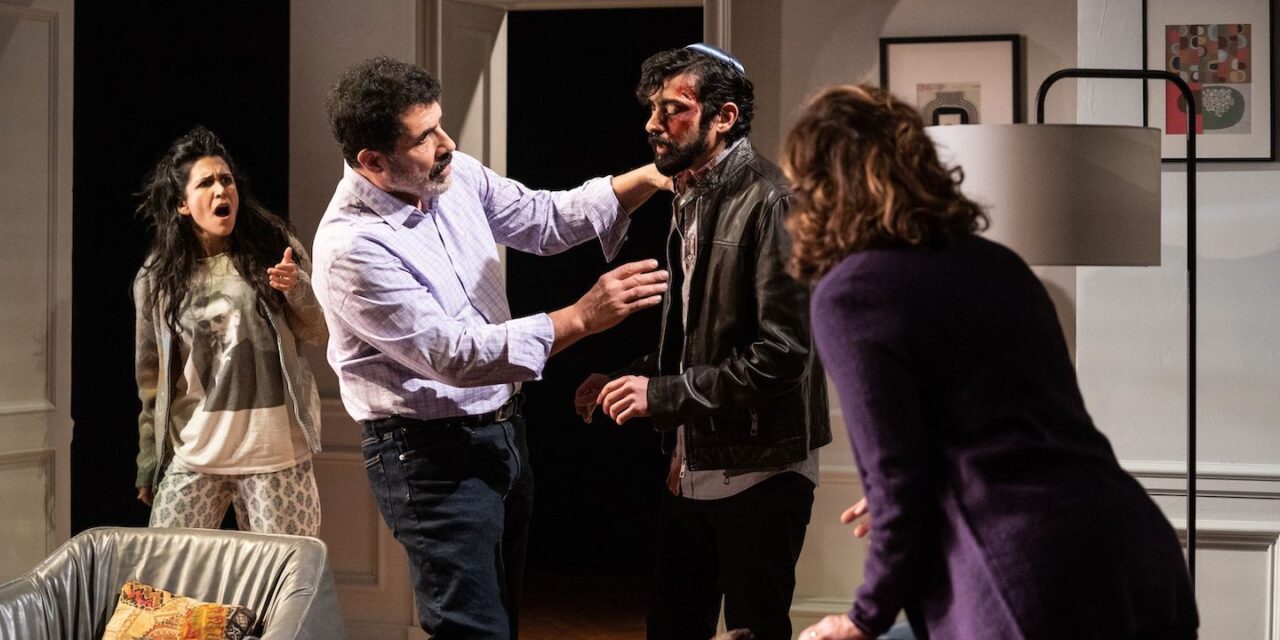 “How do I tell him, at the end of his life, that his daughter is asking the same question he heard his parents ask when he was a little boy?”

These words, while haunting on the page, positively sting on the stage of Manhattan Theater Club’s New York City Center space as they are uttered with heartbreaking urgency in Joshua Harmon’s three-hour drama Prayer for the French Republic. Here, Harmon turns his research-filled brain and gift for pungent dialogue into detailing the long history of antisemitism (in France and elsewhere) while also crafting a highly compelling drama about family dynamics. It’s the almost-ideal match of the personal and the political, especially as brought to vivid life by a superb ensemble cast under David Cromer’s razor-sharp direction.

The question is being asked in 2017 by Marcelle (Betsy Aidem, in a truly magnificent performance), a brilliant psychiatrist who finally succumbs to the request of her Algerian-immigrant husband Charles (Jeff Seymour) to move to Israel as crimes against Jews seem to become more prevalent in the country she’s always called home.

Indeed, as the work begins, one smallish crime has already been committed against her yarmulke-wearing adult son Daniel (Yair Ben-Dor) and now, Marcelle is no longer convinced that any of her clan, including her argumentative manic-depressive daughter Elodie (an often-hilarious Frances Benhamou), is safe from harm.

On one level, Marcelle may have always harbored some concerns even while relishing her bourgeois existence. As we discover in a series of beautifully etched scenes, her great-grandparents (the sublime Nancy Robinette and Kenneth Tigar) luckily avoided being arrested during World War II, yet lived in so much daily fear they never left their Paris apartment for over a year, and her grandfather Lucien (Ari Brand) and father Pierre (Peyton Lusk as a young man) somehow made it back from the concentration camps, yet most of her family didn’t survive.

Moreover, as she’s reminded by her insensitive brother Patrick (Richard Topol), it was likely no accident that their mother was Catholic. Moreover, Patrick, who quasi-narrates the work by both providing family backstory and periodically giving us the history of antisemitism in France, is resolved to stay put. It’s not just that Patrick must now take over from Marcelle as the caretaker of the elderly Pierre (a feisty Pierre Epstein), it’s that he’s stubbornly convinced that because he and his family do not look or act Jewish, they will always be safe.

And while America might have once seemed a “safer” option than Israel, Marcelle doesn’t need to read the headlines to realize life in the U.S. may have changed (and ultimately does) under the presidency of Donald Trump. Her home is “invaded” weekly by Molly (Molly Ranson), a distant college-aged cousin with an equally strong disdain of the new commander-in-chief and the “apartheid” policies of Israel — and who isn’t letting a little shared blood stopping her from pursuing a relationship with Daniel.

Yes, Harmon’s play might even be more effective without that last storyline, which feels tacked-on. And while the show does flow smoothly enough, feeling much shorter than its running time, Takeshi Kata’s set design – which relies on a lot of furniture moving – isn’t ideally suited to the City Center space.

Still, we should be profoundly grateful that a work of such ambition, scope and importance was not only written by Harmon, but made it to that stage. The many questions the play poses, not just Marcelle’s, are like most prayers: necessary but not easily answered.

Prayer for the French Republic is at New York City Center – Stage I (131 West 55th Street) through February 27. Visit www.manhattantheatreclub.com for tickets. 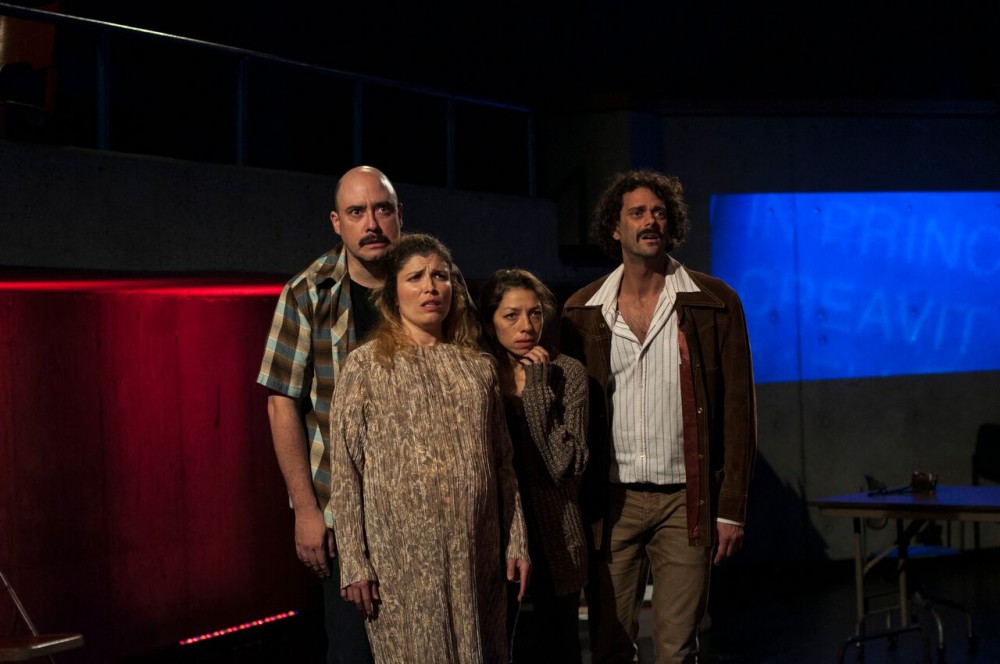 ‘Distant Star’: Seven Poets in Search of an  Editor 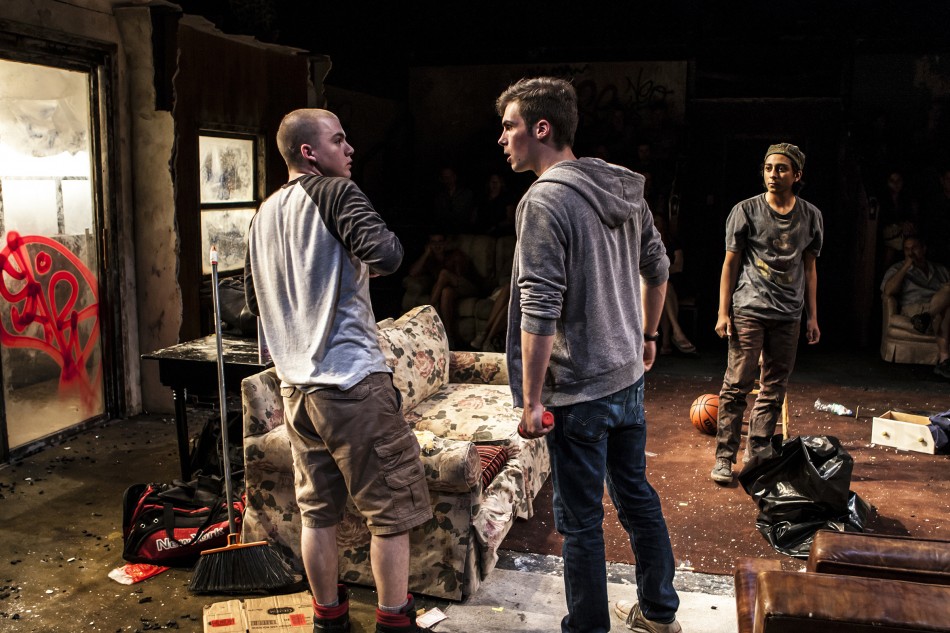