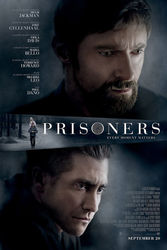 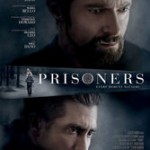 Great tales of the terrible things ordinary people do when in intense situations are not in short supply. Ingmar Bergman’s Shame and the soon-to-depart AMC series Breaking Bad feature devastating moral quandaries made even more powerful by seeing how normal and pleasant their protagonists are before the cruelty of life turns their worlds upside down. Denis Villeneuve’s Prisoners would like to count itself among these impressive character studies, but it is a pig in lipstick. Here is a dime store thriller stocked with underdeveloped characters whose dilemmas always play second fiddle to the film’s predictable plot twists.

Prisoners’ shopworn plot centers around the kidnapping of two young girls. Their parents, played by Hugh Jackman, Maria Bello, Terrence Howard, and Viola Davis, have varying reactions. Bello takes to bed, Howard and Davis fret offscreen, and Jackman, playing Keller Dover, a name that might have come to screenwriter Aaron Guzikowski in a fever dream, gets to work. When a suspect, played by Paul Dano, is set free, Keller takes matters into his own hands and tortures the boy, who has the IQ of a small child. Jake Gyllenhaal plays Loki, a detective trying to crack the case, all the while being haunted by something that’s never revealed. If Guzikowski intentionally named Gyllenhaal after a character from Norse mythology, I wish he had been more shameless and named Jackman’s character Thor.

Guzikowski thinks he’s presenting an impossible moral dilemma here. How far would you go to get your child back? Unfortunately, there’s no dilemma here. Keller, played over-the-top-of-the-top by the frequently terrible Hugh Jackman, is not someone you can imagine being your nextdoor neighbor. He’s a terrifying Christian survivalist who prays before killing deer and has way more lye in his basement than any sane man should. This is Guzikowski’s way of keeping us guessing as to whether Keller could be behind the whole thing, but it runs counter to the deeper meaning he’s trying to get across here. The fact is, it’s no great stretch that Keller would imprison and torture a disabled person.

The movie’s unforgivable racial politics come into play when Keller reveals to Franklin (Howard) that he is keeping Alex (Dano) captive. Franklin in turn tells Nancy (Davis), when the guilt is too much to conceal. After confronting the situation head on, Franklin and Nancy decide to be submissive to the great hulking white man and let him continue to torture Alex. The couple is shown as being affluent and intelligent, but somehow the logic of their creepy friend is too overpowering for them to do the right thing. Once they have played their subservient roles, we barely see them for the rest of the film.

Guzikowski’s script wants to get under our skin, but he spends too much time on the surface throwing so many twists and red herrings at us, that I can’t see this as anything other than a trashy thriller pretending to be high art. David Fincher’s Zodiac is clearly an inspiration for both Guzikowski and unimaginative director Denis Villeneuve who mistakes bad lighting for atmosphere. Zodiac had a sense of time and geography which made it well-rounded and exciting.Prisoners is set in modern rural Pennsylvania, though no one has an accent and it was shot in Georgia. There’s no attention to detail here. This is just a violent, loud, racist exercise in Oscar-baiting.