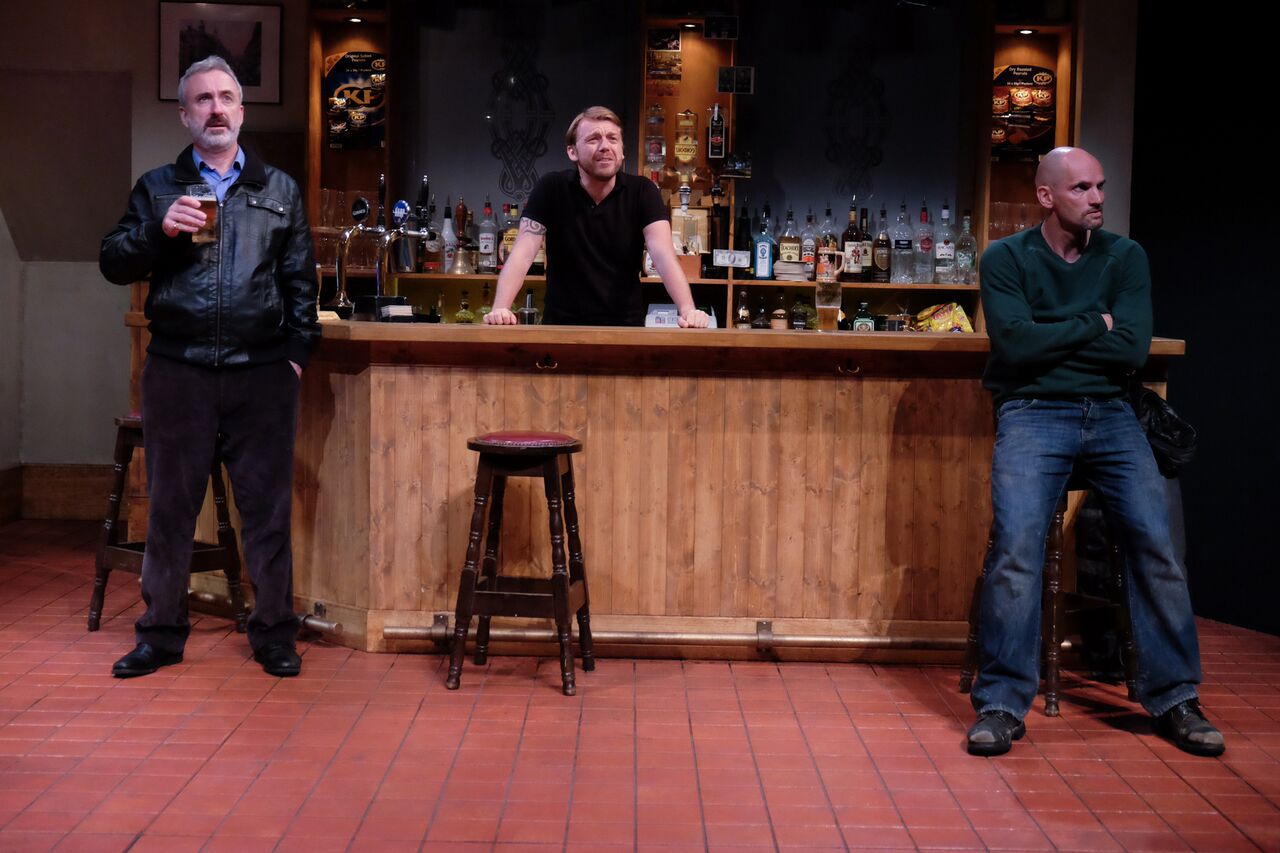 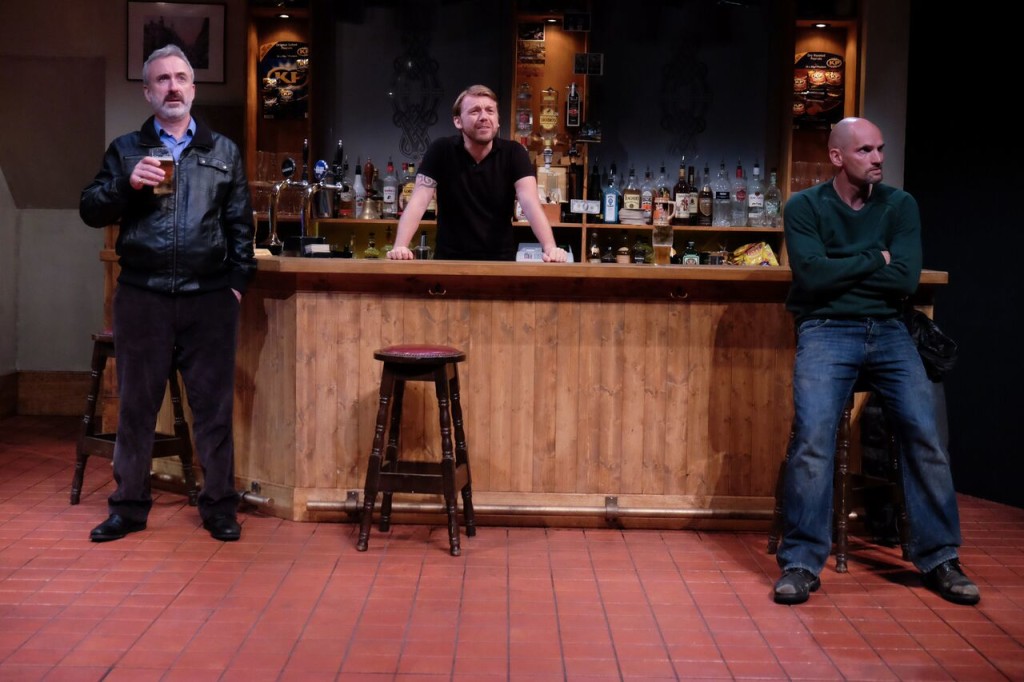 Sports and violence seem to go hand in hand in Owen McCafferty’s play, an import from Abbey Theatre in association with the Public Theater.

The play opens quietly in a Belfast pub in 2009, where barman Robert (Robert Zawadzki), a Polish transplant, is cursing aloud watching a World Cup football game and duly upset each time his homeland and newly adopted country don’t meet his expectations. He is joined shortly by an intense local, Jimmy (Patrick O’Kane), who begins guzzling beers until the pub door opens and Ian (Declan Conlon) arrives on the scene. That’s when the trouble begins and it is visceral as Jimmy begins his verbal abusive attack (after getting in a physical blow on Ian), and the real story unfolds.

It all reverts back to 1974 when the two men were then 16 years old, as this haunting tale about honesty, truth, understanding and forgiveness emerges as Robert, the outsider, watches and listens. Ian, a pawn of the Ulster group, ran from a car, opened the pub door and threw a bomb that murdered a group of Catholic men who were drinking and watching the game. Among those killed was Jimmy’s father, the scene described in exquisite detail of the horror that Jimmy and his mother encountered. 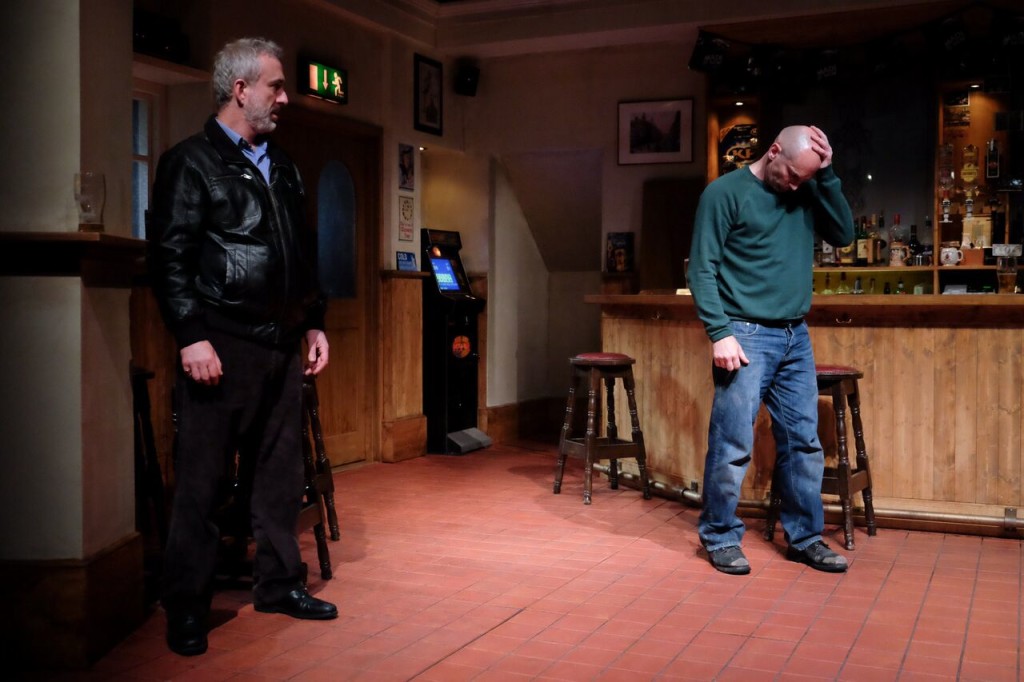 You could hear the proverbial pin drop in the hushed silence of the theater, as the two men speak their truths, sometimes quietly, other times harshly, and hard to believe, eventually in a somewhat reconciliatory manner so that a level of understanding could be reached as McCafferty’s writing precisely controls the pace and emotional bits and pieces of the grief that each has lived with all these years.

Will these men ever be friends? No, of course not. But they have learned to tolerate the pain and anguish they live with, with new understanding. The three-some are brilliant as directed by Jimmy Fay.

Set design is by Alyson Cummins with lighting by Sinead McKenna. 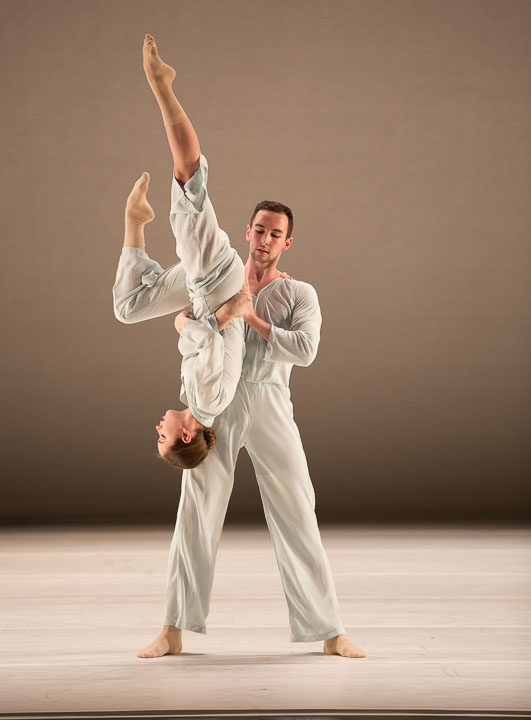 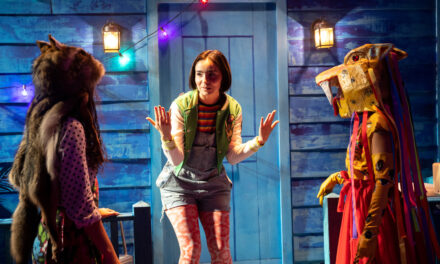 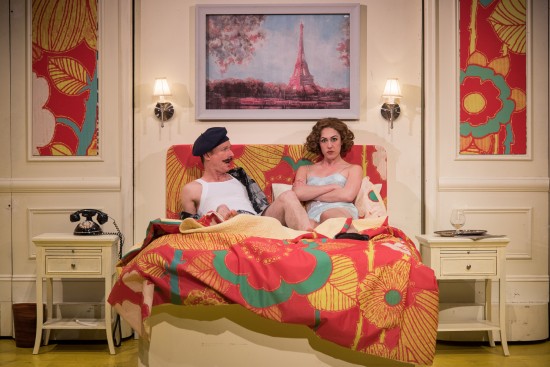