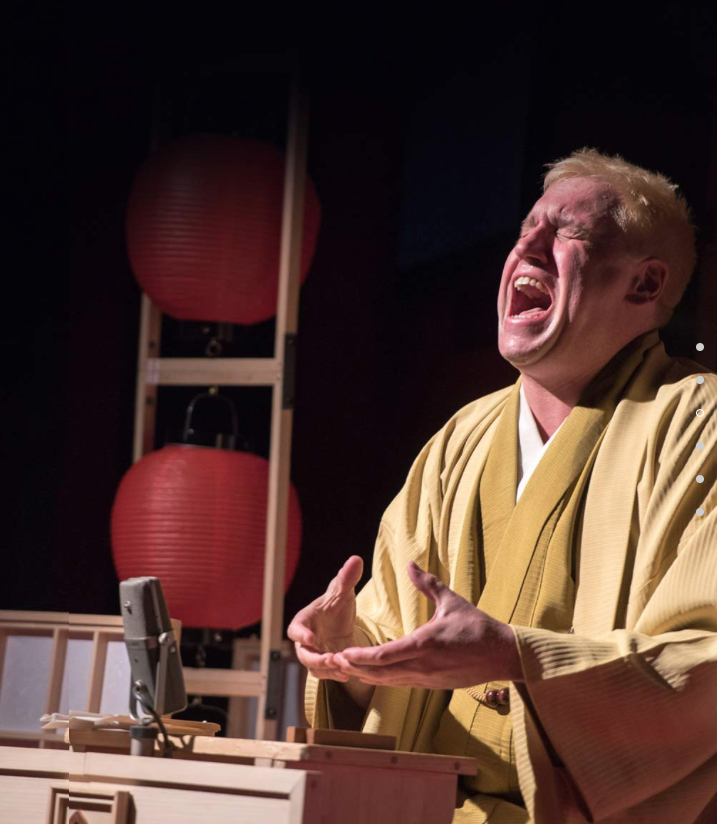 An opportunity to see a little-known Japanese art form performed by an expert. Rakugo is a 400-year-old Japanese performing art form which has somehow escaped notice here in the United States, unlike its sisters Kabuki, Noh/Ryogen and Bunraku.

With the visit of one of its most admired and famous interpreters, Katsura Sunshine, this lack is being solved with a series of performances at the Soho Playhouse.

Katsura Sunshine, strangely enough, is a Canadian who has lived for decades in Japan where he mastered this niche art form along with learning impeccable Japanese. Oddly, Sunshine is a big, boisterous blonde who towered over the many Japanese fans attending this almost sold-out performance who treated him like a rock star.

A traditional set consisting of a severe black platform and a comfortable cushion was backed by a large painting of a big, convoluted tree. The platform was covered by candles of various sizes. The rest of the stage held similar candles in tall holders, which took on meaning as the evening progressed.

Meager props included a fan and a folded handkerchief which, in the dexterous hands of Katsura Sunshine became packets of money, plants, candles and even a way of punctuating scenes. Katsura Sunshine whose personality easily filled the theater, was a congenial host, explaining Rakugo’s history and its format. Presentations are divided into an informal, gossipy part and a story-telling portion.

Indeed, Katsura Sunshine, attired in a loose, black kimono, entered complaining about how torturous the required kneeling position was on his body, then going on with a long, funny story about how hospitals are social gathering places in Japan, continuing with a tale of suffering from travelers’ disease which is blood clots in the legs that could spread with dreadful results through the body. His long, but extremely caring treatment, caused him to miss an important appearance in Edinburgh, but gave him rich material about his friends, doctors and nurses in Japan. Suddenly the story began, an involved plot about a man from Edo in such debt that he considers suicide until he is stopped by the God of Death who tells him that he has not used up his god-given fortune so he can’t die. Instead, he is given a way of becoming a famous healer, raking in enough money to allow him to take a cutie-pie girlfriend to Kyoto where, of course, he goes broke again. Shuffling back home to Edo he discovers that his healing talents have backfired leading to amusing confrontations and a showdown with the God of Death who turns the tables on the human.

The stylized telling involves a great deal of repetition, mobile facial expressions, sound effects and much exaggeration—all delightfully intimate and low-keyed. Katsura Sunshine’s mastery of form and content can only be judged by the ovation he received from his Japanese fans.

Rakugo may be a bit coy and small-scale in its storytelling for Americans, although it is difficult to judge by this one, singularly unconventional tale.   It lacks the colorful staging of other Japanese classical theater forms, but has an intimacy and a feeling of improvisation that makes it easy to love. (Perhaps it is most like the artistry of famous twentieth century monologist, Ruth Draper who, with similarly straitened means, created worlds of characters and places.)

Each evening of this season will be distinct with stories distributed amongst classical Rakugo, family shows, adult (read “sexy”) stories and new stories created by Sunshine’s Master Bunshi VI.

Running time: 70 minutes without an intermission 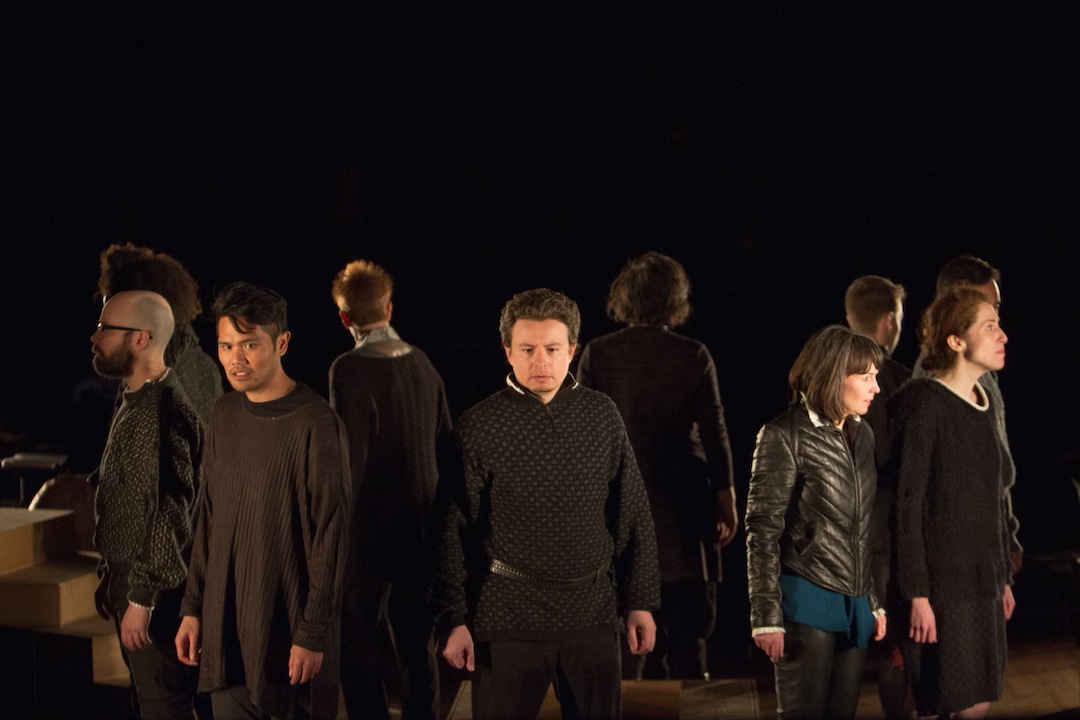 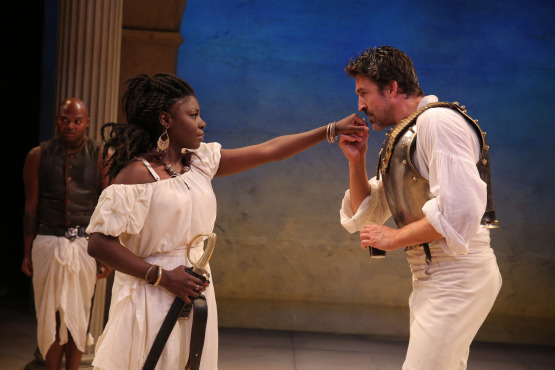