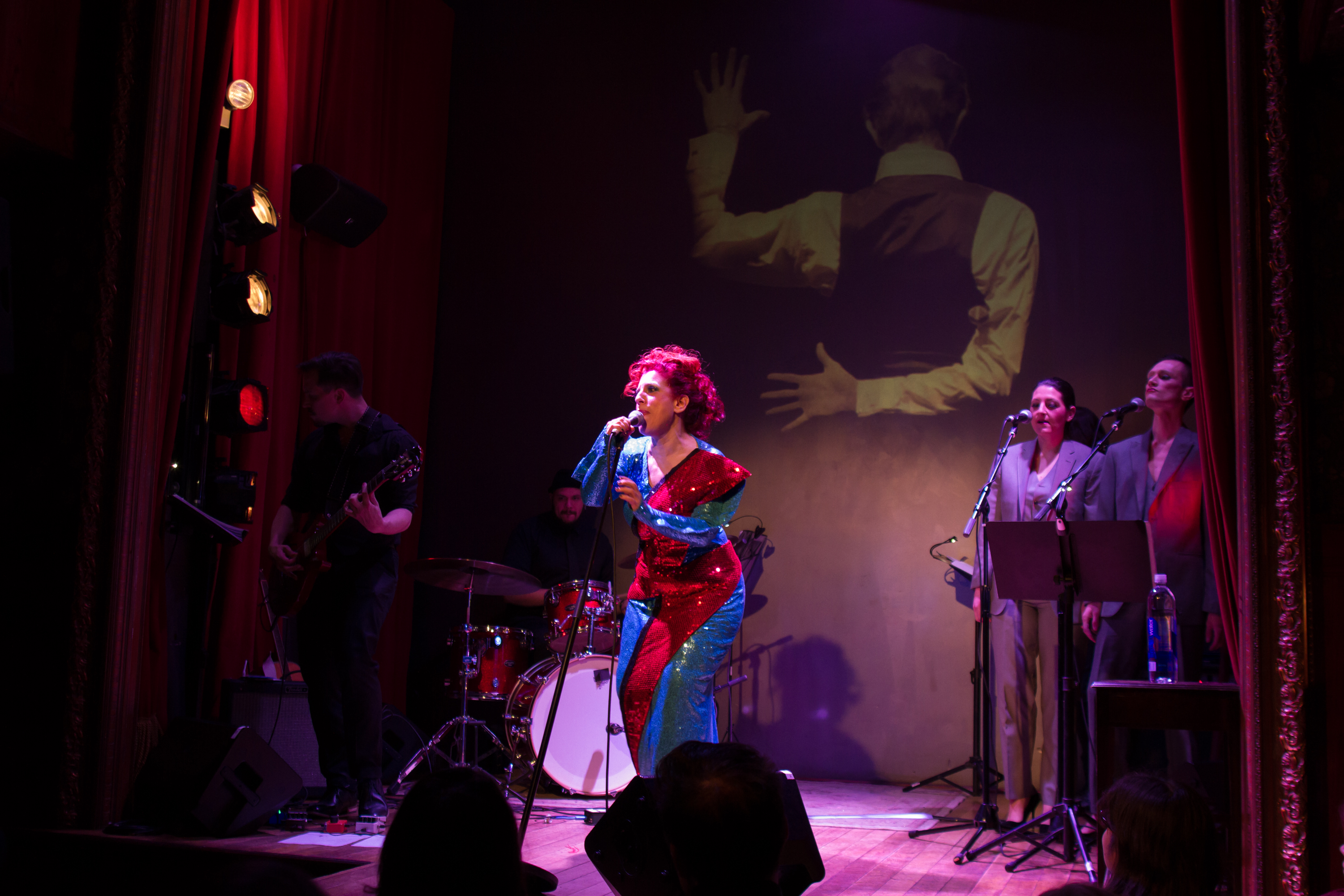 David Bowie’s untimely death earlier this year has made the celebration of his music a cathartic and tricky affair. Playing Bowie in cafes seems like a way of forcing those around you to share your grief or acknowledge his passing without being ready to confront it head on. Bowie karaoke, which I’ve loved to do for years, feels like it treads similar territory. The idea of a Bowie cabaret just months after his death was a potential trainwreck that awaited me before attending Raquel Cion’s Me & Mr. Jones: My Intimate Relationship with David Bowie at the Slipper Room. Instead, it was clear from the beginning that Cion intended to create a safe space for the most diehard of Bowie fans, inviting the audience to witness the depths of her despair over her idol’s death but mostly to relate how she, and so many Bowie fans from the fervent to the casual, were saved and liberated by the glam god’s decades-long commitment to championing outcasts and thrusting pop music beyond its earthly confines and into the great unknown. In the spirit of much of Bowie’s output, Cion’s show, updated from a version that ran last year before Bowie’s death, celebrates the structure of cabaret performance while moving past many of its conventions.

Cion’s voice is atypical in the polished world of New York cabaret and thank goodness for it in this context. A more precise and trained performer might have drained both the humanity and alien quality from Bowie’s tunes. If humidors could sing, they’d sound like Raquel Cion. Her deep rasp has the force of a rockstar in many of the upbeat numbers and a more reserved elegance on slower tunes. The vocals here are often messy and loud, blissfully so for someone who’s baring her soul while dressed in a form-fitting turquoise and pink Bowie-tribute gown, a glittering wonder designed by David Quinn. She’s not going for flawless interpretations and that works to her advantage even if the musical arrangements by Karl Saint Lucy can feel too faithful to the original songs. Embodying Bowie’s “rock n rollin’ bitch” from “Moonage Daydream,” she also explodes with energy on electric tunes like “Teenage Wildlife” and “Jean Genie.” She excels most as a performer on selections from late in Bowie’s career. Her takes on 2013’s “Where Are We Now?” and “Dollar Days,” from his final album Blackstar, are steady and mournful as she begins to accept a world without her hero. 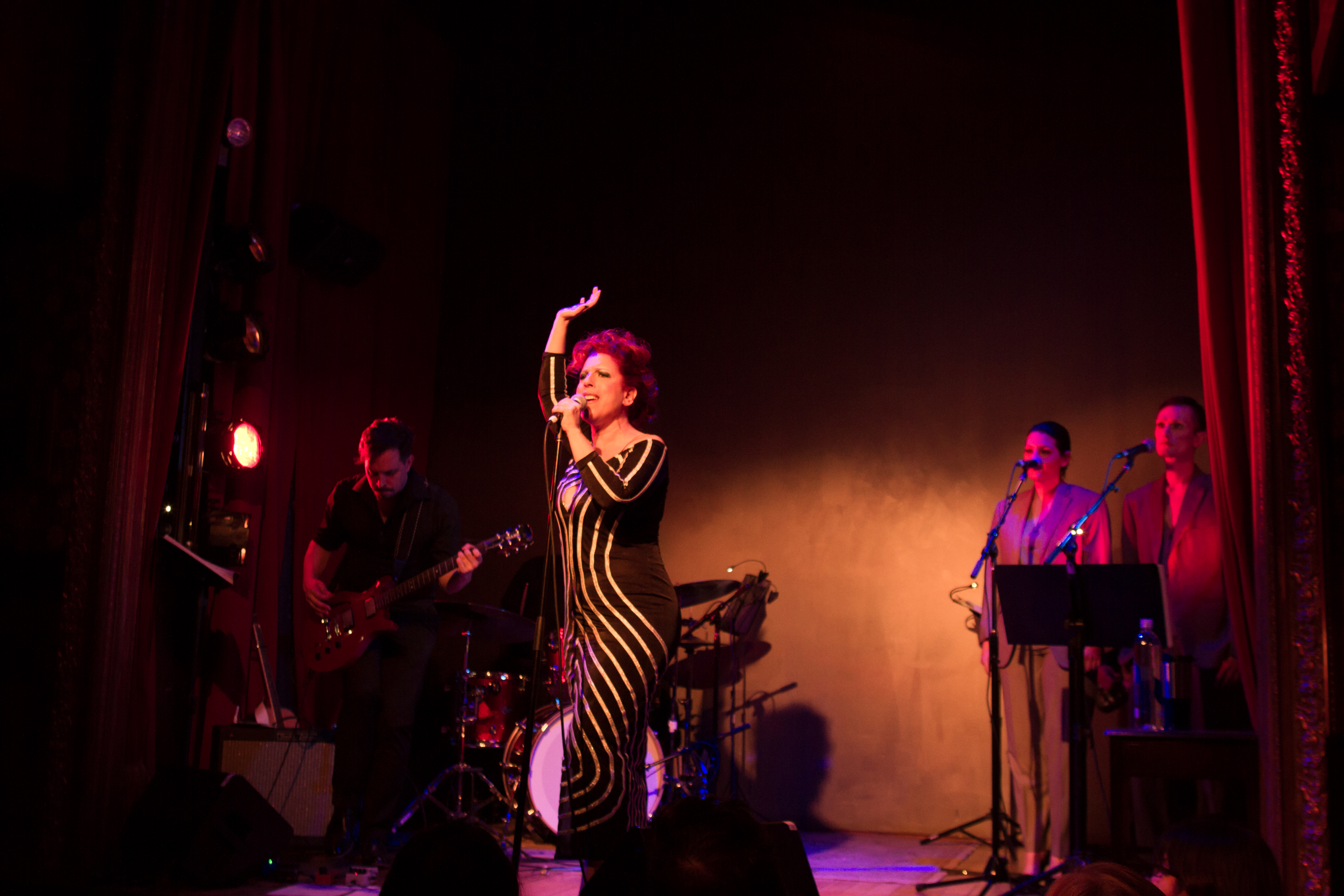 A host of talented collaborators complement Cion’s vision. Director Tim Cusack has staged the show traditionally but has guided Cion to present a balanced tribute to Bowie that showcases her intense obsession with the singer while allowing for a possibly less enthusiastic audience to appreciate her personal story and the beauty of the music itself. Musical director Lucy ably leads a committed band of instrumentalists and backup vocalists who act as Cion’s support system throughout. The group as a whole puts forth a loving evening of music where fans can feel free to grieve openly or continue to totally freak out over a cultural figure who deserves endless tributes like these.

Raquel Cion’s Me & Mr. Jones is playing at The Slipper Room (167 Orchard Street) on April 21 and May 15th. For tickets, visit http://www.slipperroom.com.