Recipients of 2022 Idea Awards for Theatre 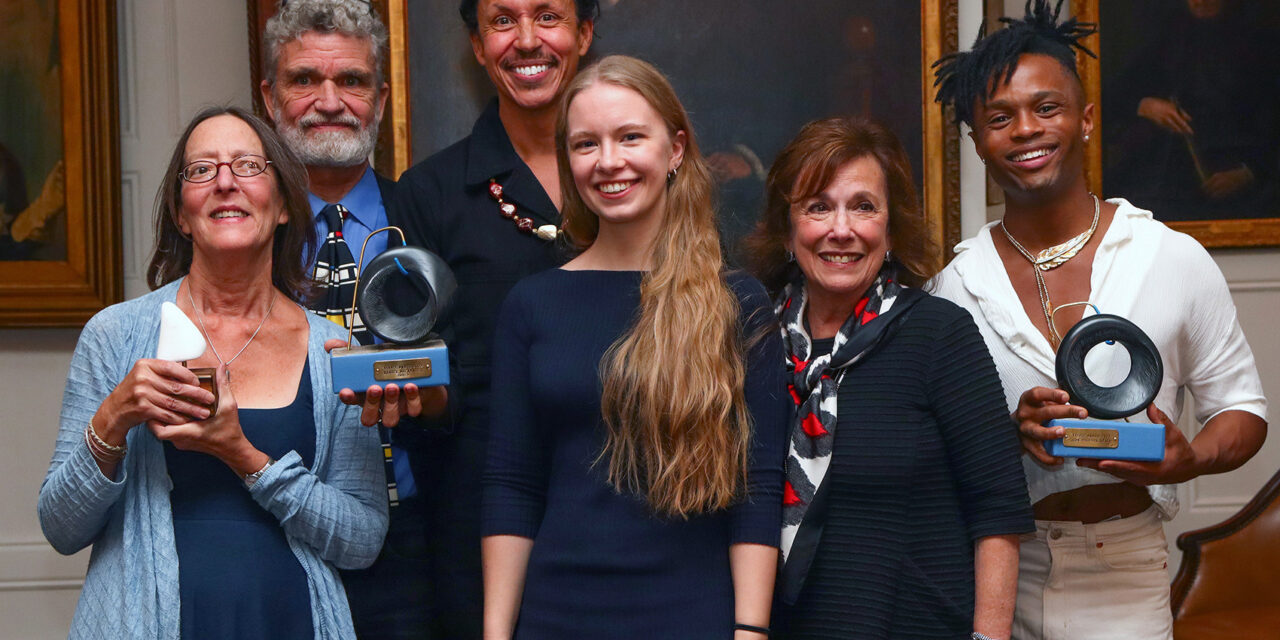 On Monday, Oct. 3, The Bret Adams and Paul Reisch Foundation presented the 2022 Idea Awards for Theatre at the Players Club. Three categories of grants were awarded to adventurous new voices in playwriting and musical theatre, as well the visionary playwrights who have inspired and blazed trails before them. The 2022 Tooth of Time Distinguished Career Award was presented to Deb Margolin (Imagining Madoff, Three Seconds in the Key). Honoring accomplished playwrights who have created significant, idea-driven works throughout their career, the Tooth of Time Distinguished Career Award is given with a $25,000 prize for the recipient. On behalf of Ankita Raturi the recipient of this year’s Ollie New Play Award, Two Vivace Musical Theatre Awards were presented to John-Michael Lyles and Daniel Alexander Jones. Recognizing emerging talent and original work with ambitious theatrical ideas, both awards are bestowed to each recipient with a $25,000 prize.  Each of the four artists received a unique stone statuette hand carved by Bruce Ostler.

Theatrical Agent Bret Adams and his partner Dr. Paul Reisch loved the theatre with great passion. As a theatrical agent, Bret shepherded the careers of many actors, writers and directors and designers, including Phylicia Rashad, Judy Kaye, Ruby Dee, Ossie Davis, Sherman Helmsley, Anna Maria Alberghetti, Eve Arden, Christine Ebersole, Kathleen Marshall, Jayne Wyman, Andre DeShields, Kathy Bates, Susan H. Schulman, Jack Heifner, Philip McKinley and Robert Harling, among many others. After Bret and Paul’s passing, in 2006 and 2015 respectively, their eponymous foundation was created at their bequest. The Bret Adams and Paul Reisch Foundation champions visionary theatre writers in their creation of expansive, illuminating, and idea-driven theatre.  Embracing diversity in all its forms, The Foundation encourages artists with fresh perspectives – particularly those from underrepresented backgrounds – to create idea-driven new plays and musicals reflecting on multivalent  themes. Nominations for all three awards are accepted exclusively from The Foundation’s Board of Artistic Advisors.  For more information, visit www.BretnPaulFoundation.org.