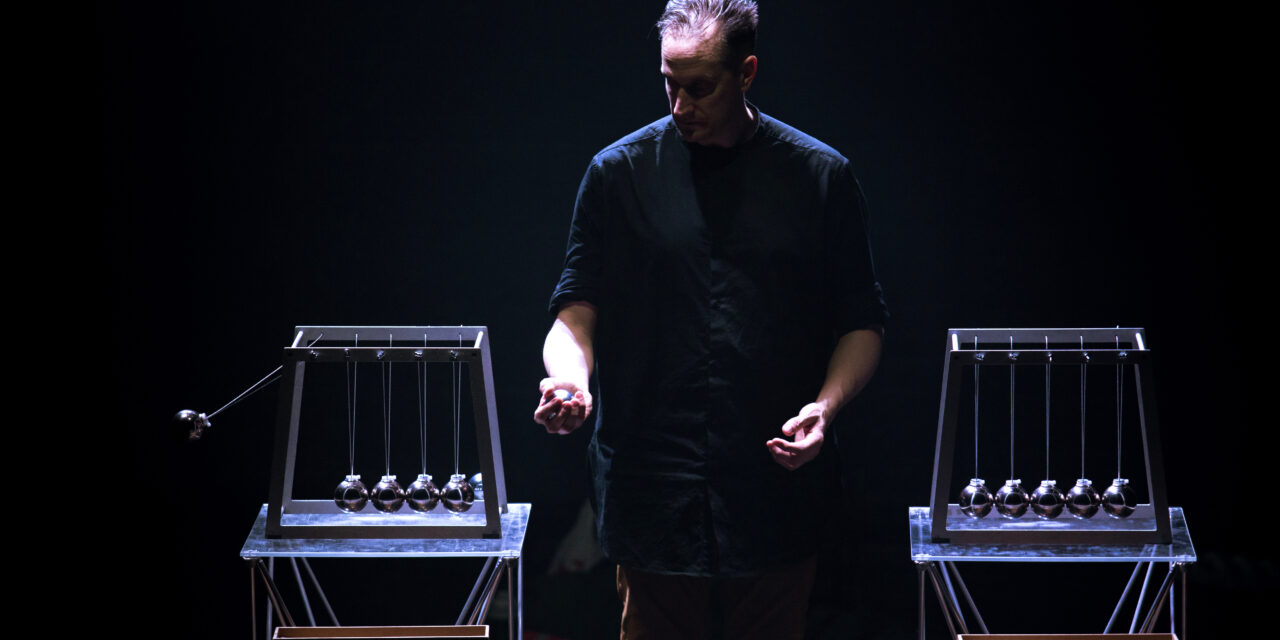 In the family-friendly MITU580, young and old gather to view a performance experience about juggling, the ancient tradition that dates back over 4,000 years.

Juggling is an act of balance, dexterity, and sheer skill.  One ball isn’t two, two isn’t three, three isn’t four, and so on.  With the possibility of juggling seven balls at a time, Jay Gilligan begins a throw and catch pattern that engages the mind of the audience.  Color catches the eye, and light rock music is heard in the compact, black box theater.

What goes up must come down.  Unlike an outdoor performance, this colorful, lively, and sometimes reverent experience leads the audience to discovery slowly.  Bowling pins, traditional juggling balls, and rings line the floor; contraptions work with a unique mechanical effect, creating greater paths of movement through space and time.  Later, there are whirling red balls, string that appears off the wall, and triangular wood pieces that spin.  There’s plenty of explanation, too, including spectacular stories about shows in Las Vegas, Stockholm, Berlin, and Taiwan.

Are we always juggling?  In the middle of the show, Gilligan reveals from his clear center that his father worked at NASA in the time surrounding the Carter Administration.  While the performer’s tales are truly astronomical, what keeps us focused is the complete experience with Lighting Design by Jeff Croiter, Original Music by Book Kennison, Juggling Ball Design by Ivar Heckscher, Photography by Hans Vera and Props Built by Drew Aslesen.

A step away from Coney Island and a step towards the grounds near a Chinese opera house, Gilligan’s show, presented by Hideaway Circus, veers away from the slick savvy that accompanies larger arenas where circus arts are performed.  Looking comfortable in a long, black shirt and white sneakers with a local Brooklyn audience, Jay Gilligan even throws rhythm through a sampler.

Magical is the way he uncovers a great book that explains how juggling began.  Next to it, three beautiful silk juggling balls unravel when tossed into the air, revealing silk and string and glittery material.  When all of that falls to the ground, we question what really matters, and what material, aimed toward the heavens, should be picked up next.

Performances of REFLEX: Unravelling 4,000 Years of Juggling, written by Jay Gilligan and Captain Frodo Santini and directed by Santini and Lyndsay Magid Aviner, will be running through Saturday February 19..  MITU580 is located in Brooklyn at 580 Sackett Street. 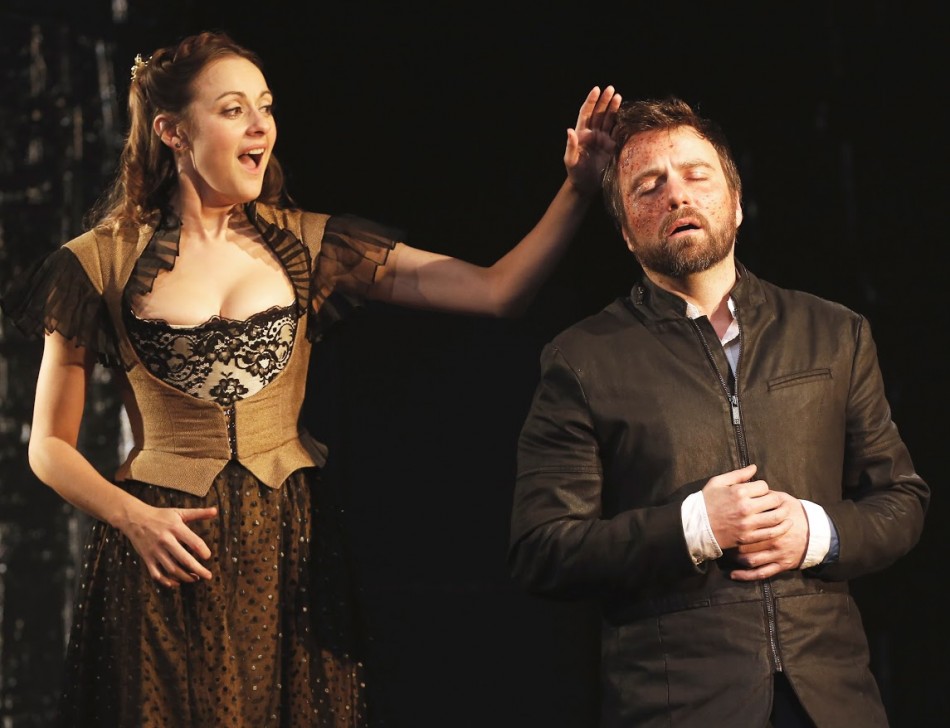