Ricky Ritzel Back in the Saddle 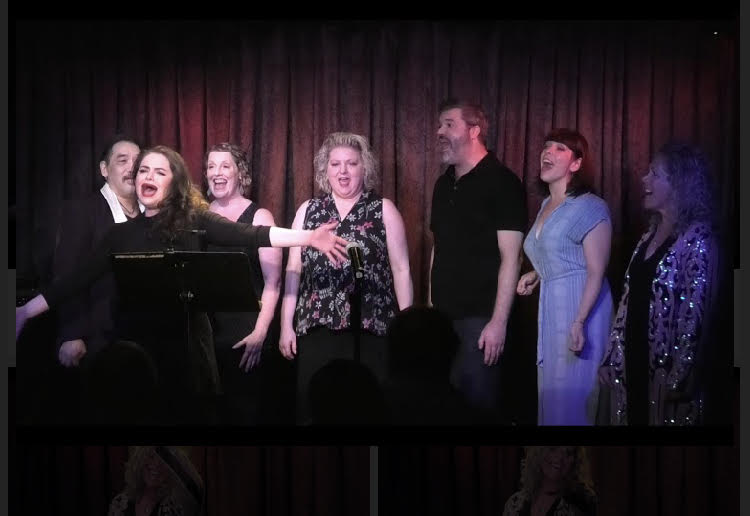 How can life at Don’t Tell Mama ever be the same if it wouldn’t include award winning Ricky Ritzel’s Broadway? Well . . . it can’t and so he’s back!!! June 25th marked 15 months of a moratorium on performances, shows and the sociability of combining our mutual Love for the genre of cabaret as fans finally emerged from their unexpected solitude, threw off their masks and celebrated the return of live music at many a venue.

The master of the keys, Ricky Ritzel, of the long running monthly “Ricky Ritzel’s Broadway”, chose three Broadway shows from which to show off the talents and vocal prowess of his favorite singers (or as Myra Chanin refers to them. . . the More Than Ready for Prime Time Players) with songs that expressed a mountain of feelings and emotions.

Ricky conveys the story line that accompanies each song so we’re not left in the dark trying to figure out why is that person singing that particular song. It becomes very clear, mostly with a humorous, tongue-in-cheek explanation that keeps the audience laughing and grinning; unless of course, it’s a really serious tune.

The first show was Steve Martin’s Bright Star that he wrote with Edie Brickell that opened on Broadway at the Cort Theatre in March 2016 and ran for 109 performances. It takes place in the Blue Ridge Mountains of North Carolina –  a sad theme during 1945/46 after World War II with a flashback to 1923 – that becomes more explicit when the lovely voice of Laura Pavles (with a country kick) tells the tale “If You Knew My Story”, followed by the “effervescent” Jon Satrom singing the title song, carrying the storyline further. I’m not going to give you a blow by blow of what’s going on as you can easily go online and find all that information. Suffice it to say, the theme deals with sadness, hope and better times ahead as Laura Pavles returns with “Sun’s Gonna Shine” and Jon follows with “Heartbreaker.”

The nuanced voice of Tara Martinez is added when she and Jon duet with a touching “I Had A Vision” and concludes with Tara singing “At Long Last” . . . And I guess you can say – they all lived happily ever after.

The next choice was The New Moon, an operetta with music by Sigmund Romberg and lyrics by Oscar Hammestein II, Frank Mandel and Laurence Schwab. The show debuted in Philadelphia in 1927, opening on Broadway at the Imperial Theatre in 1928. Ricky likened the feeling and theme to Les Miz; a story of royalty and beheading. It disappeared for a long while to reappear in 1986 at the New York City Opera and telecast by PBS in 1989. Kelly Wohlford, sparkling with blonde sexy hair, did justice to “Stouthearted Men’ with a slow and easy beginning followed by Jon Satrom and Laura Pavles (showing off a serious soprano range) taking on the familiar “Wanting You.”

Aaron Morishita took the stage to sing the beautiful “Softly, As in a Morning’s Sunrise” as the segment concluded with Jon and Laura with favorite “Lover Come Back to Me.”

As a note, the songs presented as solos were enhanced by backup singing and fine harmonies from the performers not taking center stage.

But, saving the best for last, I always say, is the way to leave them wanting more! And Dames At Sea did just that providing the humor and light-heartedness everyone’s been craving.

How can one resist the priceless comedic presence and talent of Tanya Moberly, joined by Jon Satrom on what turned out to be one of the evening’s highlights “It’s You.” Eadie Scott, with obvious good acting chops, really knows how to deliver a song like “That Mister Man O’ Mine.” But put her together with Aaron Morishita and it was non-stop laughter with an over the top “The Beguine.” A more serious side of Tanya Moberly shown with the emotional ballad “Raining in My Heart.”

All of us were inspired and feeling good as Tara Martinez led the Company in “Good Times Are Here to Stay” – lifting a litany of glooms and making all feel part of this musical movie wonderland.

Mark Friday July 30 at 7 p.m. on your calendar and get ready for another Ricky Ritzel’s Broadway – make your reservations early as this returning night played to a packed house, as have all of these shows in the past.