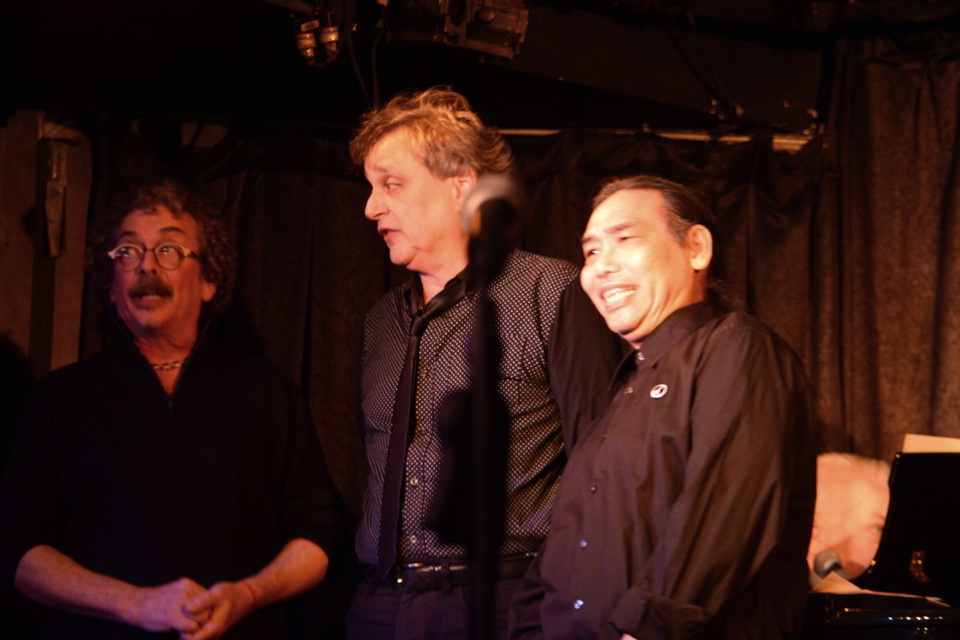 Alas, I was (sob! sob!) out of town in late October and missed Ricky’s Ritzel’s Broadway’s Halloween deconstructions of Sweeney Todd, Rocky Horror Show and Little Shop of Horrors, so you can imagine how thrilled I was to immerse myself in his November offering. As always, Ricky focused on three major Broadway musicals — two hits and one that would have been considered a hit by 63.5% of all Broadway producers, entitled The Little Mermaid, which lasted for 685 performances but the Disney Organization expects a run of 24,500,000 performances before it’s worth kvelling about.

Hit Number One was 1957’s The Music Man, which won 5 Tony Awards, turned Robert Preston into a Broadway Musical Star and lasted for 1375 performances! Hit Number Two was 1967’s shocking, counter-culture Tribal Rock Musical Hair which ran for 1750 performances, featured several chartbusting songs and allowed its long-haired male members to unveil their members during the first act finale. Until then, I had no idea they came in such diverse configurations! One would think Hair was easily Tony bound, but then the Tony organizers changed the promised cutoff dates so Hair became ineligible for the 1968 nominations. FYI 1968’s Tony-winning musical was Hallelujah, Baby! a chronicle of the African American struggle for equality with book, music and lyrics written by white folks which turned young Leslie Uggams into a star. In 1969 Hair was finally deemed legal enough to be Tony nominated, but the prize went to 1776.

The More Than Ready for Prime Time Players gave their all to all of the above. Regulars Tommy J. Dose*, Max Friedman*, Tara Moran*, Aaron Morishita, K. J Morton, Alison Nusbaum*, Laura Pavles*, Jay Rogers and (I Love) Sidney Myer were joined by newbies Paul Pilcz and Lauren Turner, singers with impressive Broadway/National credits who, for the nonce, pay the rent as singing bartenders in Don’t Tell Mama’s Music Bar, as did every performer on the above list whose name is followed by an *. Every single one of them could easily be starring on Broadway if the fickle finger of fate had allowed the right producer to stumble into Mama’s Piano Bar on a night when any of the above was singing his/her heart out. As always, Ricky and company provided unexpected treasures and pleasures. The Little Mermaid score impressed me with Alan Menken’s old-time you-walk-out-humming-them genuinely memorable tunes and Howard Ashman’s blunt but clever lyrics. “Under the Sea,” was warbled by Paul Pilcz, a classic, clear-voiced, almost Ziegfeld-era tenor who was joined on stage by a chorus of claw-clicking crustaceans. Laura Pavles revealed the poor little rich mermaid’s need for everything in “Part of Your World!” And then there was the battle of the Ursulas. Lauren Turner’s wicked Ursula bemoaned her banishment from King Triton’s undersea empire and belted out how much she wanted the good times back! Jay Rogers’ gentler, sweeter, tentacle-waving and more deceitful Ursula lived to help “Poor Unfortunate Souls,” like the mermaid princess Ariel, get whatever she wanted.

Ricky’s version of Meredith Wilson’s brilliant Music Man was a gender non-specific exercise in sexual identity where one’s actual genitalia became immaterial. Butch, burly, baritone Professor Harold Hill appeared in the slight, perky guise of Award-winning Cabaret luminary Helen Baldassare who’s an actual music professor at her renowned Cabaret Performance Workshop. Helen had plenty of pep in “Ya Got Trouble,” deliciously mouthed the brilliant lyrics of “The Sadder But Wiser Girl,” – “I cheer, I rave for the virtue I’m too late to save,” but I missed the baritone heft on “Till There Was You,” an exquisite love song. The main Music Man scene stealer was Tommy J. Dose, whose golden Irish tenor transformed “My White Night,” into an exquisite prayer of universal longing, and kudos also to Sidney Myer whose body language and look of disdain as a River City busybody singing “Pick-a-Little” had to be based on the Norristown, Pennsylvania yentas he remembered from his youth. 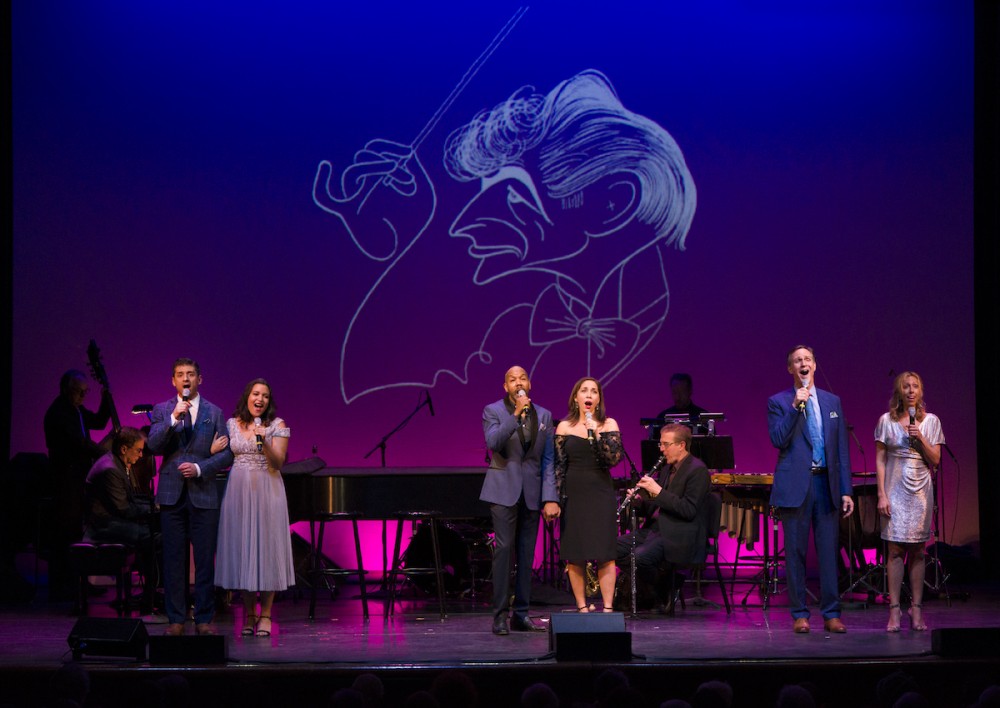 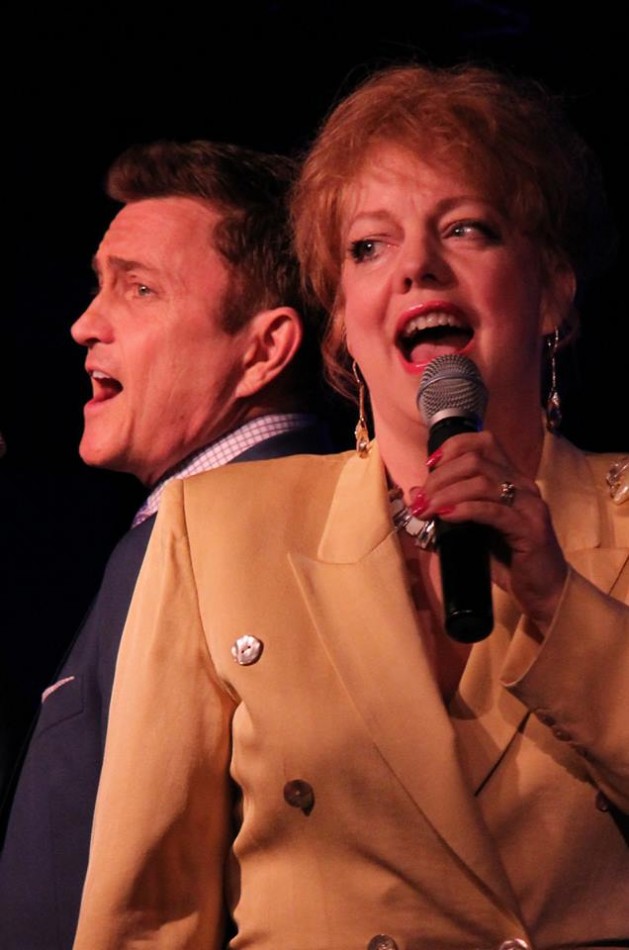 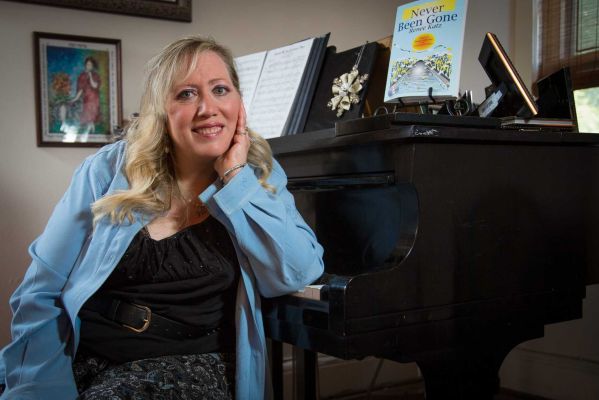