Summertime is always just a road trip or train ride away to experience some good entertainment.  Try these on for size: 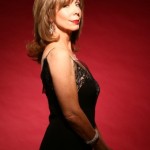 RITA RUDNER – Sunday, August 4th at 7pm –  of the country’s top comedians and a New York Times bestselling author, Rita Rudner is also an award-winning television personality, screenwriter, playwright, Broadway dancer, and actress. A house-filling favorite in Las Vegas since she opened as one of the hottest tickets in town in June 2000, Rudner is known for her epigrammatic one-liners. Over the course of a 2,000-plus show run in Las Vegas, she has sold more than 1 million tickets and become the longest-running solo show in the history of Sin City. She was named Las Vegas Comedian Of The Year nine years in a row.

Live panel discussion with Marlo Thomas, Alan Alda, and Letty Cottin Pogrebin about the empowering children’s classic and the difference it made, as well as societal problems that persist for children today and strategies for progress

The Mahaiwe Performing Arts Center will celebrate the 40thanniversary of Free to Be…You and Me with a live panel discussion and audience Q&A featuring Marlo Thomas, Alan Alda, and Letty Cottin Pogrebin on Sunday, August 18 at 7:00pm. The creative trio will look back at their empowering children’s classic and the difference it made, as well as discuss the societal problems that persist for children and strategies for progress. Tickets are $35 to $200 with proceeds to benefit the Free To Be Foundation and Mahaiwe Education programs.

Free to Be…You and Me is a record/book/theater piece/TV special conceived by Marlo Thomas that challenges gender and racial stereotypes by emphasizing strong positive values such as personal aspiration, individuality, cooperation, self-esteem, tolerance, and comfort with one’s identity. This iconic work features many acclaimed personalities, including actors Alan Alda, Marlo Thomas, Carol Channing, and Cicely Tyson, football star Rosey Grier, and singers Michael Jackson, and Diana Ross. From its beloved songs and stories, three generations of children have learned that anyone-girls and boys, women and men-can achieve anything, and everyone has the right to pursue her or his dreams.

“When the 40th anniversary of Free to Be arrived recently, reporters wrote stories about it, academics held panel discussions, and two historians even published a book, as the project was the centerpiece of a cultural movement that saw seismic changes in perception of gender and racial roles. But what has surprised me most is the depth of its impact: I am frequently approached by grown-ups who tell me how Free to Be helped them follow uncharted paths in their own lives,” said Marlo Thomas.

“Free to Be…You and Me offered an antidote to society’s toxic conventions about ‘proper’ behavior for males and females. We showed the tyranny of femininity to be dysfunctional and ridiculous and the tyranny of masculinity to be soul crushing. We yanked the boy/girl labels off the toy chest, balanced out the bookshelf, and gave kids permission to be who they are and who they want to be,” said Letty Cottin Pogrebin. “Yet so much remains to be done. Toys are back in their gender ghettos: tell a salesclerk you’re looking for a toy for a nine-year-old and you won’t be asked, ‘Is the child interested in science? Art? Action? Fantasy? Construction?’ You’ll be asked, ‘Boy or girl?'”

“It’s amazing to realize how much Marlo’s inspiration actually did make us freer to be who we deep down are,” said Alan Alda. “What a gift to us and to our children and to theirs.”

The panel discussion at the Mahaiwe will include stories of how the Free to Be project came together in the 1970s, including screening of clips from the television special. The participants will discuss the impact it had on both them personally and on society at large. They will also engage in a conversation with the audience about the state of gender and racial roles today, and steps people can take to facilitate ongoing positive change.

The Mahaiwe is located at 14 Castle Street in Great Barrington, Massachusetts. Box office hours are Wednesday through Saturday from noon to 6:00pm and three hours before show times. A limited number of $15 tickets are available for patrons ages 30 and younger to performances at the Mahaiwe through Mahaiwe ArtSmart Tix. For tickets and information, see www.mahaiwe.org or call 413.528.0100.  CHECK THE WEBSITE FOR MORE EVENTS!