Robbie Rozelle: Songs From Inside My Locker 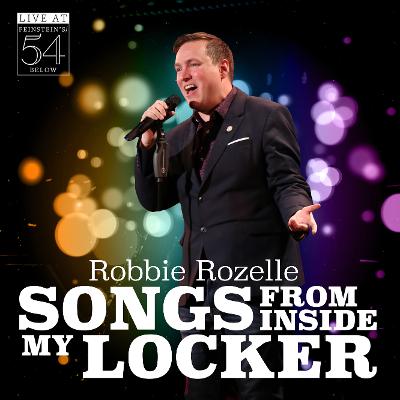 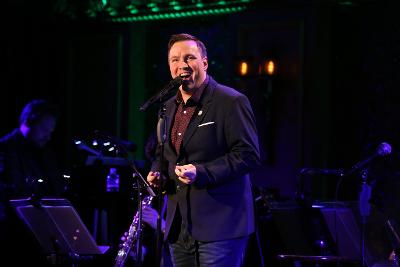 It’s an established fact in theatrical circles that standout host, performer and Broadway Records graphic designer Robbie Rozelle possesses a vivacity that few can replicate. He exudes a perpetually festive, lighthearted, “no-f*cks-given” energy that is equal parts quirky, enjoyable, and refreshing — all elements needed and necessary as we navigate our current climate. It’s appealing and infectious, and with his splendiferously resplendent debut solo album, Songs from Inside My Locker, what you hear is what you get: a naturally nonchalant introduction promising a rollicking romp of uproarious misbehavior.

A fusion of the original, BroadwayWorld Award-nominated Songs from Inside My Locker incarnation, and his knockout 2018 Pride offering, Bustin’ Out, the album, released off Rozelle’s home label, Broadway Records, and recorded LIVE across two performances at Midtown hotspot Feinstein’s/54 Below, gets its name from those universally turbulent high school years, wherein Rozelle found himself shoved into the titular storage space for unabashedly singing showtunes in the halls; the repertoire, therefore, taps into the songs and shows that made up his youth, and how his steadfast determination to stick with his love for all things musical theatre helped him to grow from within, navigate his path and ultimately, save his life.

A compelling concept indeed, and one only further exemplified through the careful construction of its track list, which cleverly utilizes the best of both shows to create a uniquely new listening experience. Aided by his swingin’ six-piece band Two Drink Minimum, his occasional backup divas Sarah Naughton and Shoshanna Richman, and a brief appearance by special guests Bonnie Milligan and Maya Days, he takes us on an illuminating journey across 23 assorted tracks, chronicling all the ups and downs, peaks and pitfalls, cracks and blisters… while taking the occasional musical detour just for the hell of it.

One of the most enjoyable, comes in the form of an “Aged Out Medley” wherein our headliner regales us with a self-indulgent potpourri of Main Stem standards of which, given his age, he’s simply too old to sing. Similarly, he further laments his maturity in a hilariously woeful ode to Hell’s Kitchen, penned specifically — and brilliantly — for Rozelle by rising musical theatre writer Michael Finke. Still.  It’s this free-wheeling, caution-to-the-wind mentality that draws you in, and accept that he’s swimming serenely in these songs and lyrics simply because he can. And you just can’t help but smile and go along for the ride.

In short, whether reminiscing about the “First Penis I Saw,” or pondering life raising “The Kid,” affecting his best Norm Lewis and Carol Channing impressions, or simply living out his ultimate Aida fantasy in a way that only he can, he’s unapologetically himself, emanating pure joy, fun and light with every note.

But like the initial concert beforehand, he still maintains the heart. The transformational turning point of the initial run — a sobering tale of reconciliation with his bully that exemplified his philosophy of love, respect, empathy and kindness — has been repurposed for the recording as an interlude seamlessly woven through a brand new medley of Annie’s “Tomorrow” and the perennial Beatles’ staple, “Here Comes the Sun.” Whereas it already signified a turning point in the original show, shifting the mood and providing resolution, this new arrangement declaratively solidifies it – Rozelle having made peace with a past that’s “gray and lonely,” looking optimistically toward the sun as it rises on a new day of courage, hope and resilience.

Indeed, the hijinks, buffoonery, and melodic medleys are appreciated, but his performance also serves to prove, in alignment with what he sings, that “just living, just navigating firm and level ground has the power to astound.” And it does. And he does. That’s his magic. 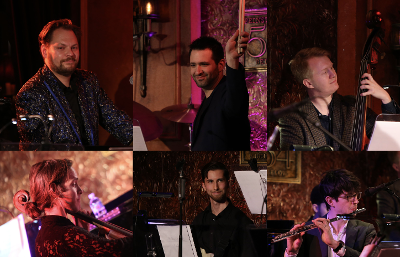 And while there’s no doubt he can captivate a cabaret basement with it, the feat here is how miraculously and effortlessly he bottles it within the disc itself. His robust personality and genuine warmth transcend the Spotify window. With that, paired with crisply clear orchestrations courtesy of musical director/pianist Josh D. Smith, we truly feel like we are there — a declaration further appreciated when, given the circumstances brought on by the current COVID-19 pandemic, we couldn’t be there even if we could be.

And the fact that it is, just speaks to his dedication and willingness to push forth despite the odds. He curated it, raised the money to record it, performed it, produced it, mixed it, designed it and promoted it. It has quite literally been his baby — his blood, sweat and tears — for the better part of the last three and a half years. And because he so expertly and unabashedly puts forth that energy, gleefully soaking in his individuality in all its unapologetically laudatory glory, we finish it feeling that way, too — about him and about ourselves.

In life, as Rozelle’s stories have demonstrated, you’ll come to find that few really care that you see life through the lens of “Kim at the top of Miss Saigon” — wide-eyed, eager and ready to take on any challenge. But he doesn’t mind. He’ll keep livin’ it up and lappin’ it up any way he wants. And though he may, as he details in his liner notes, be using the show to therapeutically work through some of his own youthful grievances, he’s unknowingly healing his audience as well.

In that vein, though he jokingly refers to himself as an “accidental performer,” there’s a whole lotta purpose in what he’s doing with this album: in our dark, uncertain new world, he’s guiding us into the light.

Robbie Rozelle: Songs from Inside My Locker, produced by Michael J. Moritz, Jr. and Robbie Rozelle, was released digitally in June 2020 and is now available across all music platforms; physical albums will ship as of July 20th. For more information, please visit www.broadwayrecords.com. 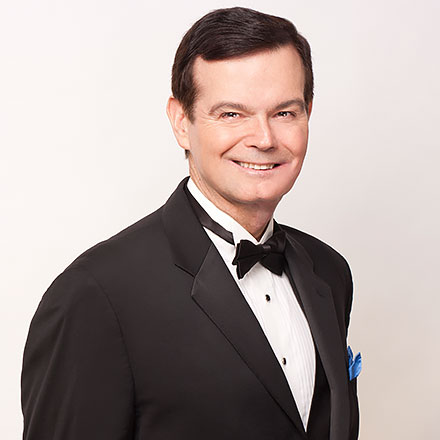 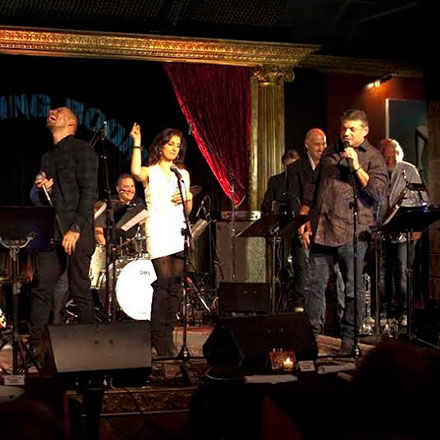