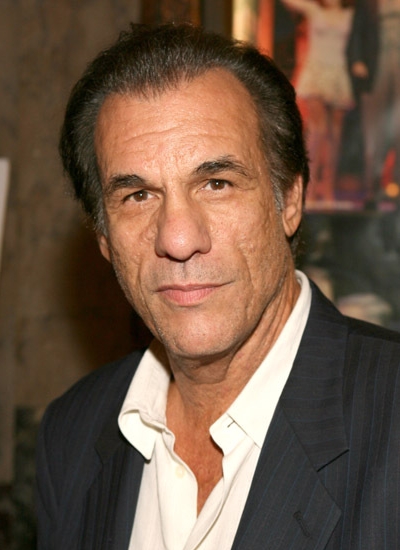 A Tribute to the Great American Songbook

For those who say you can never go home again, Robert Davi Sings Sinatra is the exception to the rule. The show is an instant time-machine to the good old days of the Copacabana night club in the Jules Podell years. With Old Blue Eyes as his inspiration, the tux-clad Davi finger snaps and croons his way through an iconic song list, beginning with an upbeat, enthusiastic “I’ve Got the World on a String” (Harold Arlen and Ted Koehler). To those who might moan about yet another Sinatra tribute show, Davi makes it work. Icons such as Sinatra, Presley and Monroe will always be the objects of an actor’s or singer’s affection. The question becomes, then, is the show a good one? Davi’s is true – an authentic and sincere homage to a man he knew personally. In his presentation and genuine love of the music there is devotion to this performer who made many of these songs stick in the collective conscious of the American Song Book.

Robert Davi Sings Sinatra is opened by a video of clips of the actor’s movie history. Although Davi originally thought about being a singer, and is very well musically and vocally trained, life took him to the stage and then into a career as a sought-after character man, mostly playing tough guys. This outing of Robert Davi Sings Sinatra is his New York debut of it, and the first in an intimate space; he’s been touring worldwide in large venues. The video opening is perfect for a stadium but overly long for a cabaret presentation. Davi’s repertoire is large; after all, Sinatra recorded just about every song registered with ASCAP. With surety, he delivers classics such as “At Long Last Love” (Cole Porter) and “A Foggy Day” (George and Ira Gershwin). Davi’s voice is a technically perfect baritone infused with appropriate feeling. His voice has pretty much the same timbre as Sinatra’s, which also makes this tribute a natural for him. Ironically it was Sinatra himself who diverted Davi from a singing career into film.

The narrative is relaxed, personal, perhaps rehearsed, but it feels like it’s off-the-cuff. He quips that after so many years of playing the heavy now is his chance to be the romantic lead. Perhaps he takes this bit a tad too seriously with many trips off the stage to woo the audience. This gambit works best in small doses. Davi’s power is squarely on the stage, not off it. There’s homage: he calls the Song Book the “Shakespeare of American music.” When he sings “The Best Is Yet to Come” (Cy Coleman and Carolyn Leigh), it lends meaning to this chapter of Davi’s life. He makes sure to give credit to the song writers when he sings the number. The arrangements are fairly standard to the Sinatra style, with a Latinized version of “In the Still of the Night” (Cole Porter) standing out. In a gender-bender he brings truth to “I Have Dreamed” (Rodgers and Hammerstein) and applies sly Italian charm to “I Love My Wife” (Cy Colman and Michael Stewart). It’s Davi’s unmistakable New York charm that helps win the day. He may have spent decades in California, but the kid from Astoria, Queens still prevails. When he tells a story about the old days and the mob, it’s funny, but sobering.

That Davi loves his music and his country there is no question. Several subtle political remarks pepper the show. “Music is the glue that holds a nation together,” he says, and sings “How Do You Keep the Music Playing” (Michael Legrand and Marilyn & Alan Bergman). As a tribute to America and those who have served to defend her he delivers his penultimate song, “My Way” (Claude Francois and Paul Anka) with a powerful bravado signaling the end of the evening. But, of course, there was an encore. Davi presented the audience with a choice of three tunes, the winner being, what else, “New York, New York” (John Kander and Fred Ebb). Davi, who has been working with big bands, orchestras, and small big bands on tour has pared down for this intimate show. Music director and pianist Russ Kassof (who has music directed for Sinatra) played with his usual accomplished and masterful style, confidently leading Paul Myers on guitar, Warren Odze on drums and Julian Smith, who has to be one of the most wonderfully sensitive, emotive bass players in musicdom.