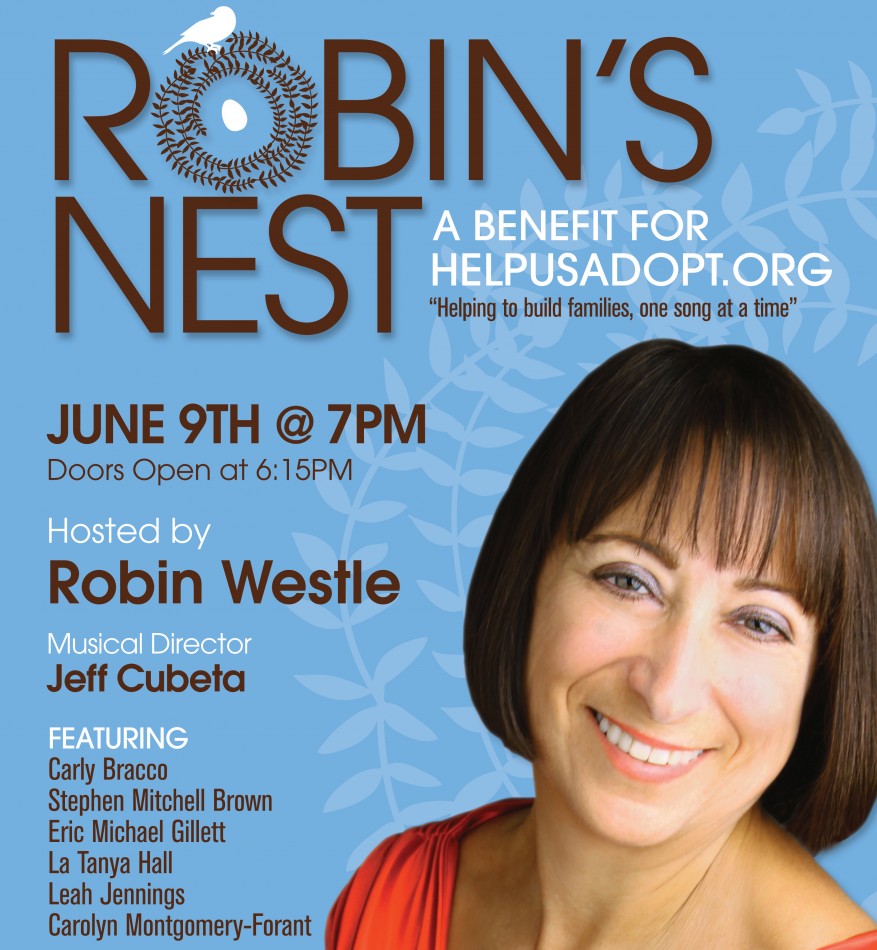 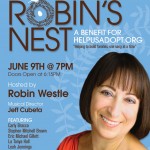 When I asked Robin why she was starting this series, here was her reply: “Being an adoptive parent myself, I understand the enormous financial burden that goes along with creating a family or adding to a family via adoption. For many couples and individuals, adoption may be the only viable means by which they can build their family. I learned about helpusadopt.org from some friends in the cabaret community and I was immediately taken with it’s mission to offer financial assistance to enable people to build families through adoption as well as it’s platform of non-discrimination against anyone who wants to build a family. I knew I wanted to help. Based on a suggestion made to me by Eric Michael Gillett, Robin’s Nest was already an idea being developed and the marriage of the two became something that had to happen.

Helpusadopt.org is a national non-profit 501(c)(3) financial assistance grant program providing qualified couples and individuals -regardless of race, ethnicity, marital status, gender, religion, sexual orientation, or disability- with grants of up to $15,000 towards their domestic, international, foster, or special needs adoption expenses.