School of Rock Opens on Broadway 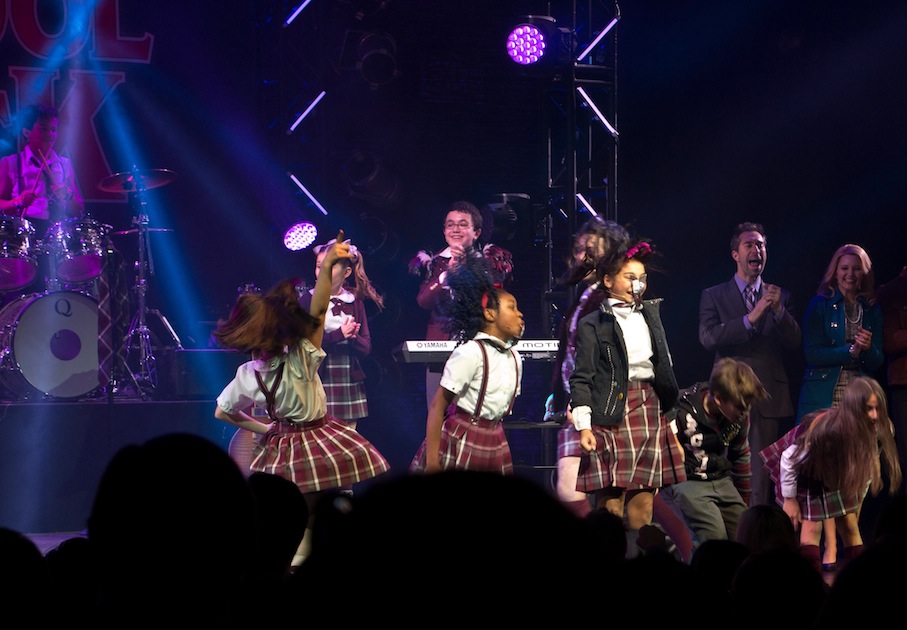 Andrew Lloyd Webber’s newest musical, School of Rock opened Sunday night at The Winter Garden theater. It’s the story of a sad sack, wannabe rocker, substitute teacher who gets a gig at an elite private grade school and decides to enter the kids in a “Battle of the Bands” competition after his own band falls apart. The creative team of School of Rock is Andrew Lloyd Webber (music), Downton Abbey creator Julian Fellowes (Book) and Glenn Slater (lyrics). It’s directed by Laurence Connor and stars Alex Brightman, Sierra Boggess, Mamie Parris and Spencer Moses.

School of Rock based on the eponymous mega hit 2003 film written by Mike White, directed by Richard Linklater and starring Jack Black.

Theater Pizzazz’s JK Clarke was on hand for the red carpet arrivals, the curtain call and after party at the Hard Rock Cafe.

School of Rock is on an open run at the Winter Garden Theater (1634 Broadway, between 50th and 51st Streets). www.schoolofrockthemusical.com