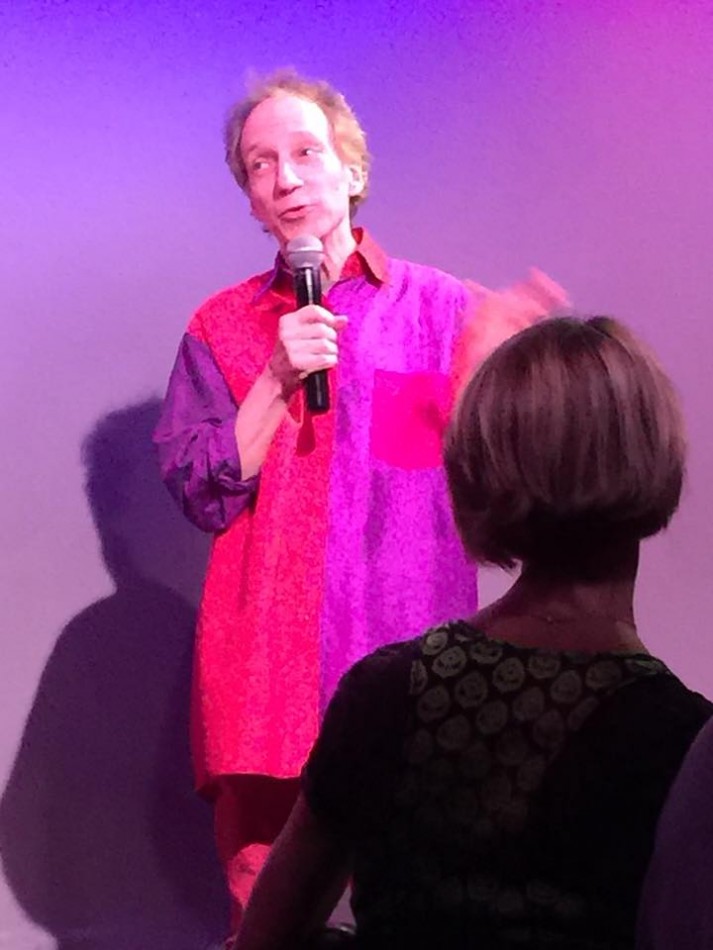 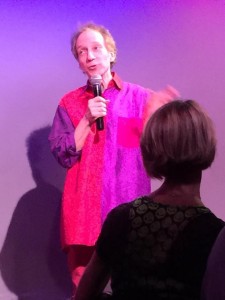 When there was a sudden cancellation, the management of the Metropolitan Room reached out to Scott Siegel for the November 11 7 PM spot. Siegel jumped at the opportunity to present some of his favorite people who have appeared at his many Town Hall productions and present them on the more intimate Metropolitan Room stage and he named the program “Scott Siegel’s All Stars Concert Extravaganza.” 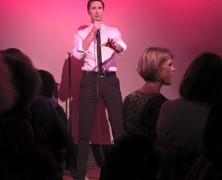 First up was the very tall Christopher Johnstone who repeated a “West Side Story” mix he had done at one of the Broadway Unplugged nights. Johnstone sang “Something’s Coming” and “Tonight” with stunning high notes and a long sustained last note! Later Johnstone returned and confessed his fascination at different stages of his life with Josh Groban who sang a song at a funeral on “Ally McBeal.” When Johnstone was working in a choir while in college, he discovered that the church was the one that Groban sang in, and the choir master knew the song. It was Groban’s song “Gira Con Me Questa Notte” which means “walk with me this night” and Johnstone sang a rapturous rendition. 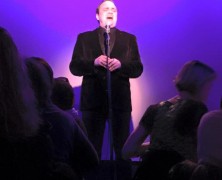 The second star was William Blake who channels Etta James and is celebrating the CD of his live performances. His first song was a spot on “Lover Man,” Later, he told us how he seems to always channel a black woman performer and did a exciting Aretha Franklin “Natural Woman!”

The beautiful Maxine Linehan was thrilled to be on the same stage with Johnstone with whom she had toured in “South Pacific.” Her Petula Clark show, “What Would Petula Do” has won almost every award out there and will return to the Metropolitan Room on January 18 and next year will appear in Paris at a 2,000 seat theatre. Her first song was the tender “Unexpected Song” from Andrew Lloyd Webber’s “Song and Dance,” sung with glorious notes and deep emotion. When she returned she told us that Clark at an advanced age played the lead in “Sunset Boulevard” more times than any other Norma Desmond on many tours, never missing a performance and gave us a standout “As If We Never Said Goodbye.” 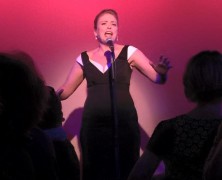 Jimmy James Sutherland helped Siegel pull to the center of the stage a small platform so that Sutherland could sing, in a pleasant reedy voice, “It Had To Be You” and then, with his big patent leather shoes, do an energetic tap routine. The two of them pulled the platform aside again but later brought it back for Sutherland’s second routine, a no less energetic “On The Street Where You Live.”

Carolyn Montgomery-Forant was in great voice singing “Who Will Buy,” discussing how her son is now taller than she is, and singing her favorite Cy Coleman Carolyn Leigh song “The Best Is Yet To Come.” She is embarking on The Rise Tour 2015/2016 for the next two years and her great CD “Visible Phoenix” is out there for all of us to enjoy.

Steve Ross took over the piano did an instrumental “Begin the Beguine” which had a Ravel “Bolero” feeling. Of course, he sang a second song, “What Is This Thing Called Love.” Ross was in great voice.

The surprise guest was Arlene Wolff, a former member of the Abraham Beame administration who was responsible to the first Ninth Avenue Street Fair. Her song, which she wanted to do with Sutherland, was a wild “Why Don’t You Do Right,“ substituting the word “Moolah” for “money” in the lyrics, and dedicated to her 2nd and 3rd husbands. Her second song was dedicated to her 4th and 5th husband, the Police Commissioner at the time (they got married twice), and it was a tender and moving “More Than You Know.“ Wolff will do a special show on November 21 at the Triad/Stage 72 at 9 PM and it should be something no one should miss.

The man at the piano for most of the artists was Ian Herman except for Linehan whose music director Ryan A. Shirar was at the piano for her. Most of these artists have websites and have numbers on You Tube where you can see what great artists appeared on Scott Siegel’s All Stars Extravaganza.