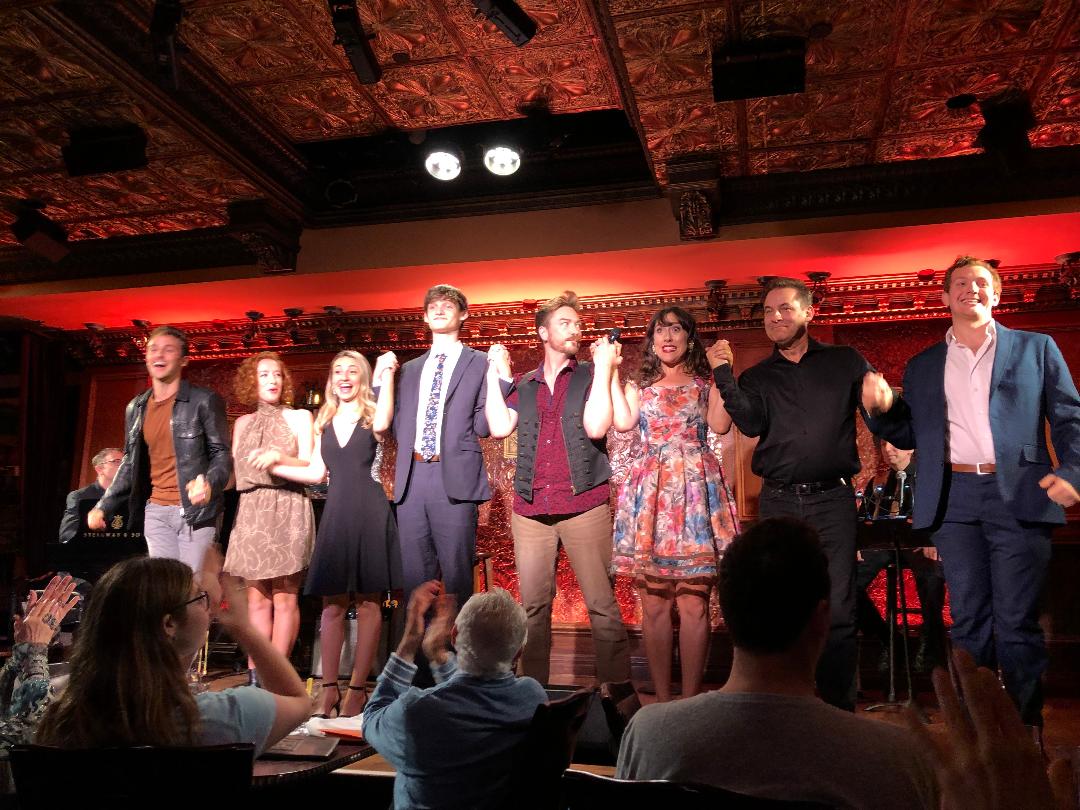 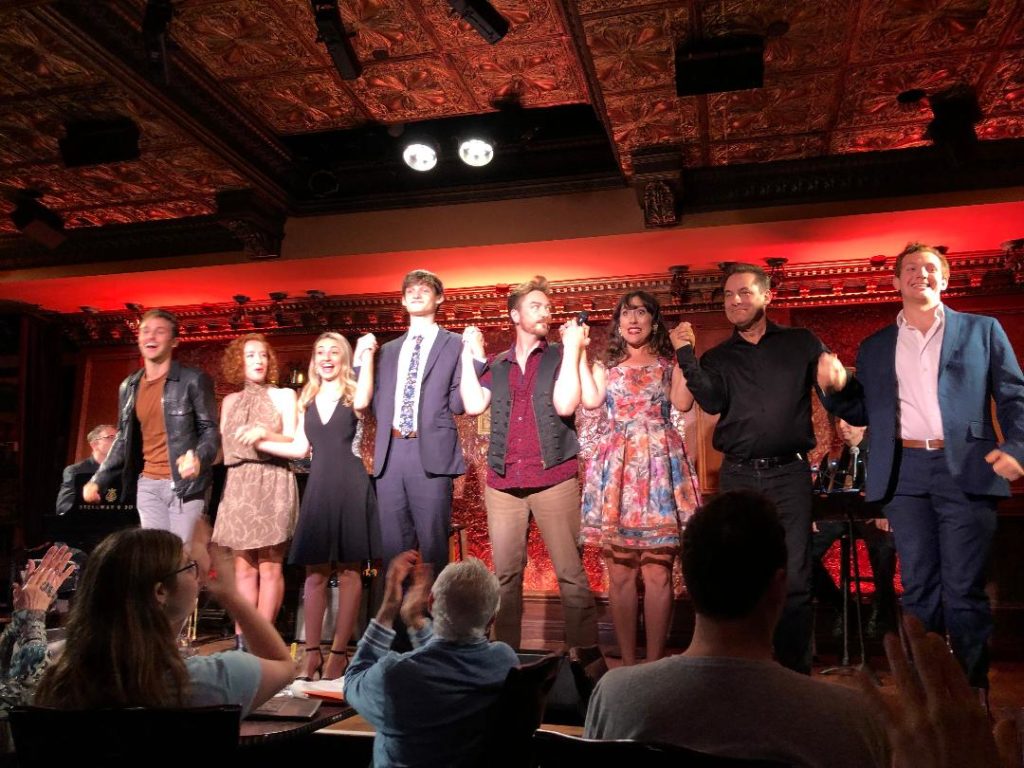 NYC impresario Scott Siegel decided to revive his legendary Broadway Ballyhoo, and on September 1, the first of the series was performed at Feinstein’s 54 Below. Scott says that he is happy to bring it back to its rightful home as the show was originally created for Feinstein’s at the Regency Hotel and ran for a full year.

Scott, looking dapper in a straw hat and vest, hosted this delightful evening of songs from various Broadway shows with a talented cast of veterans and newcomers. At the piano was the accomplished Mark Hartman who played beautifully for the singers, and also stopped the show with “Great Balls of Fire,” singing and pounding the keys ala Jerry Lee Lewis.

Marcus Lovett (Phantom of the Opera) displayed his great sense of humor performing “You and Me, But Mostly Me” from The Book of Mormon, even taking food off a front table and eating it. Then showed his serious side and great vocal chops performing “Stars” from Les Miserables. There is nothing that Farah Alvin cannot sing as she went from “I’m Not Alone” from Carrie, to the heart wrenching and dramatic, “I Who Have Nothing” recorded in 1963 by Shirley Bassey and included in Smokey Joe’s Cafe.

Another showstopper was Brian Charles Rooney who camped it up in “Sweet Transvestite” from Rocky Horror Show, and performed the “Audition Medley,” a funny and brilliant mash up of lyrics from different shows using his many voices.

This was also a showcase for some incredible young singers like Albert Nelthropp performing a moving “Being Alive” (Company), Mara Friedman, making the standard “Bewitched, Bothered and Bewildered” (Pal Joey) her own, Mary Claire Miskell showing her versatility singing “Easy to be Hard” (Hair) and then from Les Miserables “On My Own;” Jacob Roberts-Miller singing “Sandy” written for the film of Grease that became and hit and was inserted into the show revivals and Tyler McCall singing an exciting “Defying Gravity” from Wicked.

The evening came to a close with Brian Charles Rooney and Farah Alvin performing an amusing version of the pop tune “You’ve Lost That Lovin’ Feeling” (Beautiful). Then the cast and Scott took well deserved bows and it is hoped that this will be the first of many great Broadway Ballyhoo presentations to come!

Visit SiegelPresents.com to see the dates of upcoming shows from Broadway By The Year, to Broadway Unplugged and many more produced by the indefatigable Scott Siegel.