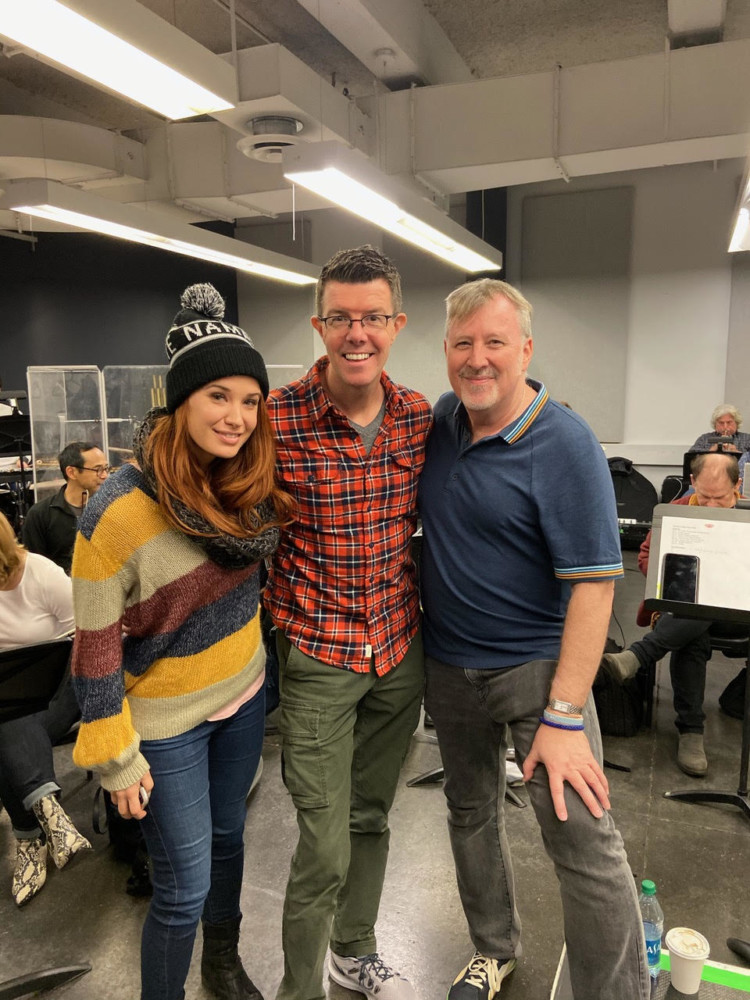 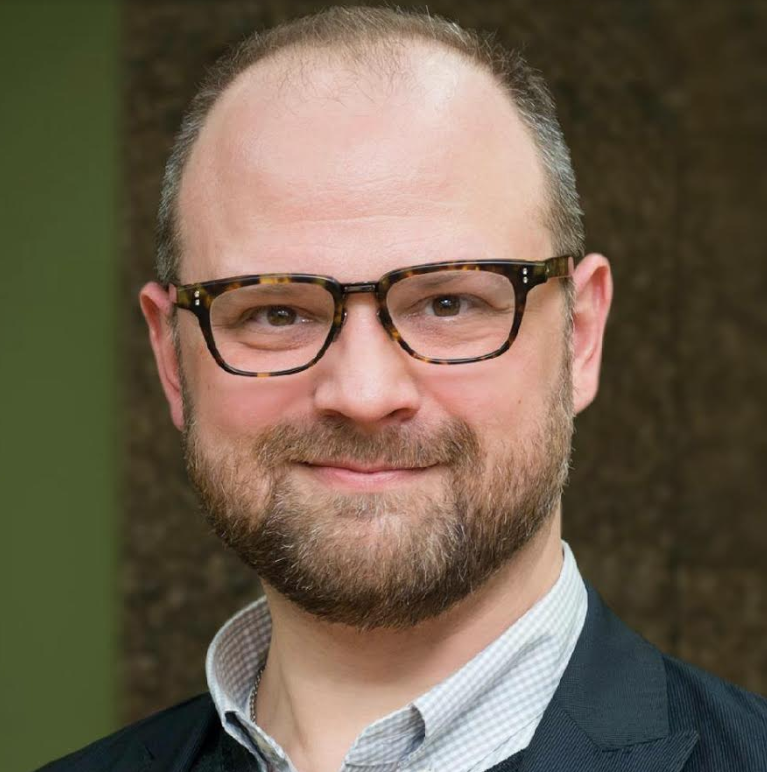 THE DIRECTOR AS WHIRLING DERVISH

It’s possible to mistake director Carl Andress for a visible blur these days. Since Thanksgiving, he’s been in Workaholic Heaven, gamely juggling three shows at once.

Two of them come due this Monday–Dec. 16–and both are for one-nights-only. “It’s a little nuts, but I call it ‘happy trouble,” he says, putting a smiley face on it all.

First to lift off, at 7:30 p.m., at the Gerald Lynch Theater of John Jay College, is an encore presentation of Mr. Magoo’s Christmas Carol, which he directed first as a fully staged concert for the Actors Fund in 2014. Adapted for the stage from the 1962 TV cartoon, it has a Jule Styne–Bob Merrill score, an orchestra of 28 and a cast of 42, led by Mary Poppins’ Broadway Bert, Gavin Lee, as the near-sighted disaster-area. His visible blurs include Sierra Boggess, Klea Blackhurst, Jeff Blumenkrantz, Jennifer Cody, Edward Hibbert, Clifton Duncan, Byron Jennings, and John Scherer

Then, “just as it happened five years, on the same night,” he mistily remembers, “I head downtown to the East Village for the 21st annual one-night-only presentation of Charles Busch’s holiday play, Times Square Angel, a half-hour later, at Theater for the New City. I have directed the show–and played the angel in it–since 1999!”

“The crazy timing works out because we’ve been doing Times Square Angel for 20 years, with the same cast, so it comes back to us rather quickly,” Andress admits.

“We all gather together the Sunday morning before for a couple of hours to review our staging. Then, Theater for the New City puts up the set and lights Monday afternoon, and we all arrive with costumes and wigs in hand and put on the show. It’s great fun to do every year, and it’s wild how it sells out once tickets go on sale.

“On Monday, I’ll be with my Magoo colleagues at the theater, tech-ing the show and doing a run-thru with the full orchestra. When that’s done, I bid the company adieu, get into an Uber and race downtown for Charles’ show. I feel like Herb Ross felt in 1986 when he had to leave the famous New York Philharmonic Follies in Concert to rush back to California. He’d put it all together and had to leave without seeing what he’d done. That image always stuck with me, and here I’m doing something similar.”

What makes this bumpy ride extra challenging is the fact that the second week of the Magoo rehearsals has coincided—collided, really—with the first week of rehearsals for Busch’s latest play, The Confession of Lily Dare, which has been scheduled to occupy the first slot of Primary Stages’ 35th anniversary season (Jan. 11-March 5).

It chronicles—as did The Sin of Madelon Claudet, The Miracle, Frisco Jenny and Madame X before it—one woman’s tumultuous passage from convert girl to saloon singer to brothel madame, all that while concealing her devotion to the child she was forced to abandon. Supporting Busch in this enterprise are Nancy Anderson, Howard McGillin, Jennifer Van Dyck, Kendal Sparks and Christopher Borg.

“Fortunately, rehearsals are in nearby studios,” says Andress, looking on the bright side again. “The only way I could honestly foresee being in three places at once is to have stage managers and associate directors for each project I trust implicitly. They are my eyes and ears. I can’t make a move without them. It always ‘takes a village’ to put on a show, and this year it’ll be a holiday village in my little corner of the world.” 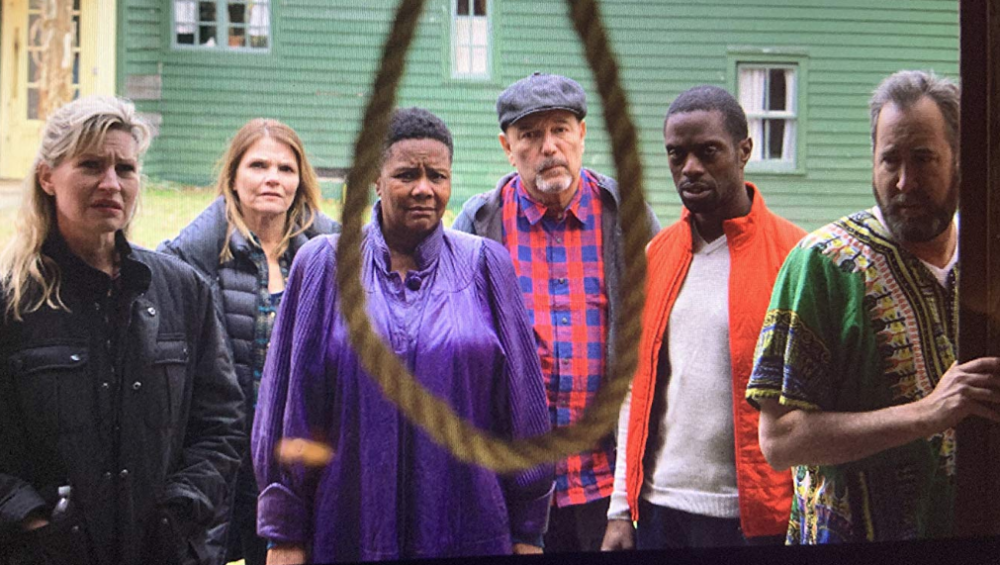 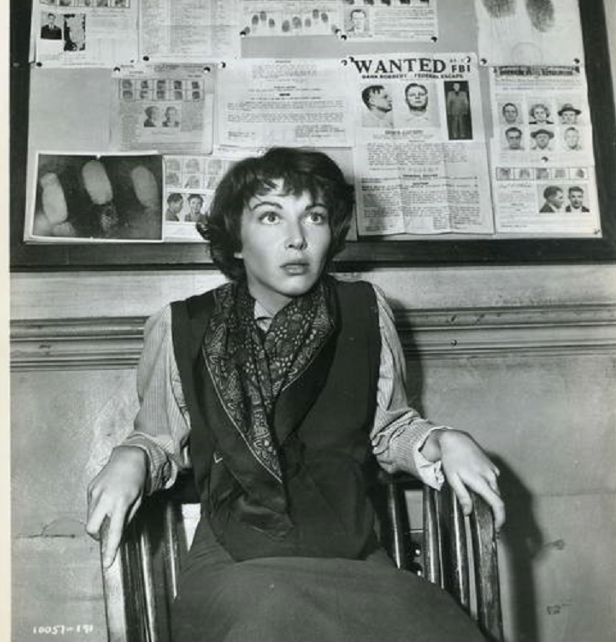 THE DIRECTOR AS AWARD-WINNING ACTRESS

It looks like we’re going to have to give a rest to Tonya Pinkins’ usual appellation—Jelly’s Last Jam Tony winner—but, helpfully, she is giving us a multiple choice: writer-director-actress. Last month filmmaker Pinkins finished her first feature, Red Pill, a socio-political horror film possibly provoked by a second Trump term.

“The ‘logline,’” Pinkins reveals, bristling with her new cinematic nomenclature, “is, on the eve of the 2020 election, a posse of progressives ride into red country, armed with heart, humor and naiveté—they should have brought heavy artillery.”

Another stage-started actress to turn film director is one whose work in front of, and behind, the camera, is being sporadically saluted at Film Forum through Feb. 3.

Truthfully, in Lee Grant’s case, it was more of a start-stop scenario. She slid into cinema, with ninth billing, recreating the role of the skittish young shoplifter in Sidney Kingsley’s precinct drama, Detective Story. It won her a Best Actress prize at the Cannes Film Festival and a Best Supporting Actress nomination back home, but, before she could move on to Film Two, she was halted by the HUAC for refusing to testify against her husband, blacklisted playwright-screenwriter Arnold Manoff.

It cost her 12 years of primetime performances—and her marriage. When she resumed acting, she started small, winning an Emmy for TV’s Peyton Place and then an Oscar for Shampoo. Since 1980, thanks of AFI’s Women’s Project, she’s focused on directing and earned an Oscar for the HBO documentary, Down and Out in America.

Upcoming at Film Forum are her Oscar-nominated performances in Detective Story (Jan. 26) and The Landlord (Feb. 2-3), but you’ll likely not find her lollying around the lobby for them. However, she will show up and discuss her documentary handiwork—Down and Out in America on Dec. 16 and Women on Trial on Dec. 19. 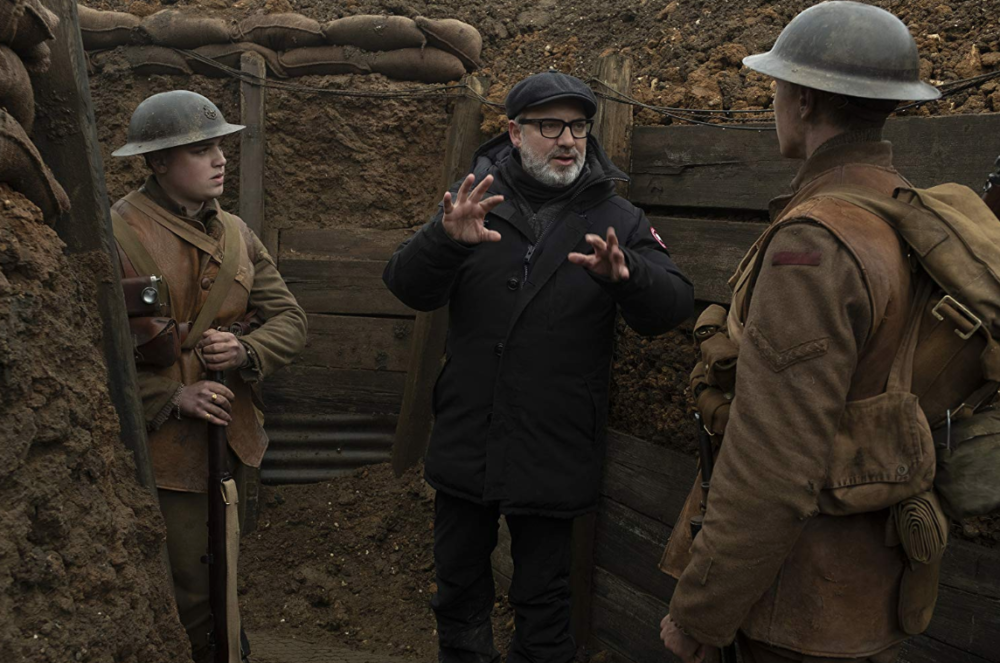 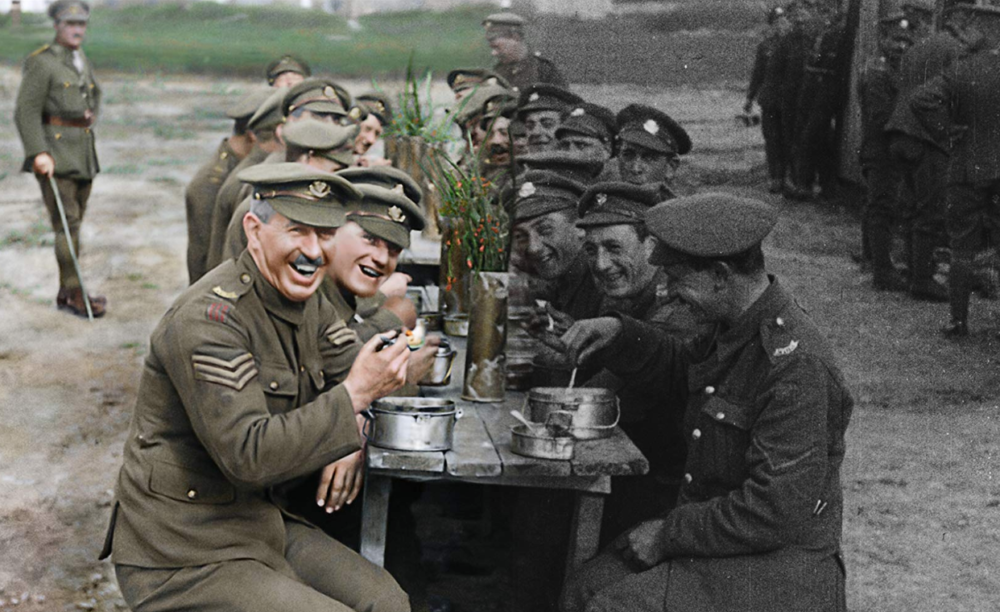 “They Shall Not Grow Old”: color comes to the World War I trenches

THE DIRECTOR AS RESTORER—AND RECORDER

Best-known for putting New Zealand filmmaking on the map by writing, producing and directing his blockbuster trilogy, The Lord of the Rings–earning two Oscar nominations and eventually the Oscar for them in the process–Peter Jackson shares with Lee Grant not only a Halloween birthday but also a prize-winning (BAFTA) documentary. His—They Shall Not Grow Old—is his documentary debut, and it’s being shown Dec. 17 and 18 at select theaters in NYC by Fathom Events.

The title is as poignant as it is appropriate, for it has been assembled from 100-year-old, never-before-seen footage of British troops facing the fear and uncertainty of frontline battle in Belgium. State-of-the-art digital technology smooths out the jerks and kinks generally associated with silent films, breaths life into the soldiers on the screen and humanizes them. Diaries and letters of World War I survivors supply narrative voiceovers, and lip-readers help reconstruct on-screen conversations.

All of this is colorized, converted to 3-D and transformed into modern production techniques. The result is a profoundly moving spectacle, a labor of love for Jackson, whose grandfather fought in The Great War and to whom the film is co-dedicated.

Director Sam Mendes, an Oscar winner for American Beauty and an Olivier winner for The Ferryman, grants a similar honor to his paternal grandfather, Alfred Mendes, who basically supplied the entire storyline of 1917: In the spring of that year, at the height of World War I, two young British soldiers are ordered behind enemy lines to stop 1,600 of their men from walking straight into a German ambush.

Relative unknowns Dean-Charles Chapman and George MacKay are the Lance Corporals charged with this mission, and their officers are cameo-cast with name actors like Benedict Cumberbatch, Colin Firth, Mark Strong and Andrew Scott.

Mendes takes his first official writing credit here, relaying his grandfather’s war saga, and he’s shot and edited it—a la Birdman—to appear as a single long take that occurs in real time. Roger Deakins’ cinematography has been cited as the best of the year by critical circles in New York, Washington D.C. and Atlanta. You’ll be hearing more about this film after local reviewers get a screening of it this week.