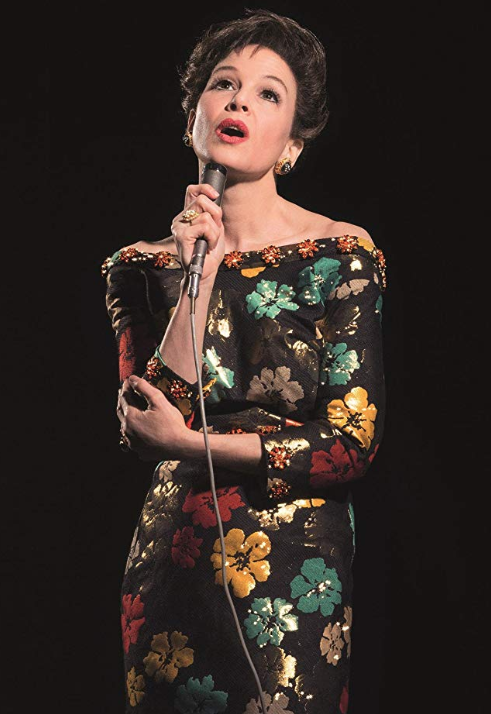 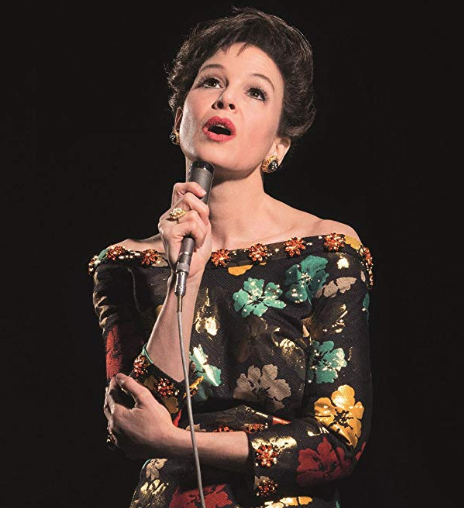 JUDY! JUDY! JUDY!: Fifty years and six weeks have passed since Judy Garland passed—and still she’s with us. In fact, on Sept. 27, Judy will actually be in movie houses in the physical form of Renee Zellweger, who’s releasing her first ever solo album that month covering the Garland evergreens. . . . Made and laid in the city where she died, the film pretends to be the End of the Rainbow, Peter Quilter’s play about her last days in London, but Tom Edge’s screenplay adds a beginning and middle to this End—plus characters like her daughters, Liza Minnelli (Gemma-Leah Devereux) and Lorna Luft (Bella Ramsey), Husband #3, Sid Luft (Rufus Sewell), and Husband #5, Mickey Deans (Finn Wittrock) and Miss Almira Gulch (Fenella Woolgar). . . . The heart-wrenching facsimile of Garland Tracie Bennett put forth got her nominated for both the Olivier and the Tony, which bodes well for Renee. . . . Ironically, Quilter claims he didn’t set out to write about Garland. He’s said, in fact, that his subject wasn’t even a female. . . . “I got to know a singer on the cruise ships and would witness this awful fight for his soul that went on each night before the show, his wife saying, ‘Get on that stage and do that show’ and him saying, ‘I can’t do it anymore. I can’t do it anymore.’” In dramatizing this, he thought it would play better as a female—and better still as Judy. . . . The playwright never publically revealed this male singer’s identity. (Hint: it was somebody who appeared in the same movie with Garland—but not so you noticed.) . . . Feinstein’s/54 Below seems to be super-susceptible to the Garland vibes. Last week saw an evening of songs by her son-in-law (“Peter Allen Is Alive and Well and Living in 54!”), and this week concludes with a couple of 9:30 shows by daughter Lorna. Next, on Aug. 14, there’s “Seth Sikes: The Songs That Got Away.” Like Renee Zellweger, he’s a Texan. . . . The Playbill scribe who scripted Broadway’s Allegiance, Marc Acito, has come up Chasing Rainbows: The Road to Oz, which finds Young Judy doing vaudeville to get to the MGM dream plant. It has a date (Sept. 26-Oct. 27) at the Paper Mill Playhouse, directed and choreographed by Denis Jones. Young Judy is Ruby (as in Slippers) Rakos, and Max Von Essen has the tragic role of her father, Francis Gumm. Others in Acito’s Garland gallery: her mother Ethel (Lesli Margherita), Mickey Rooney (Michael Wartella), Roger Edens (Colin Hanlon), Louis B. Mayer (Stephen DeRosa) and L.B.’s secretary: the secret star-maker, Kay Koverman (Karen Mason). 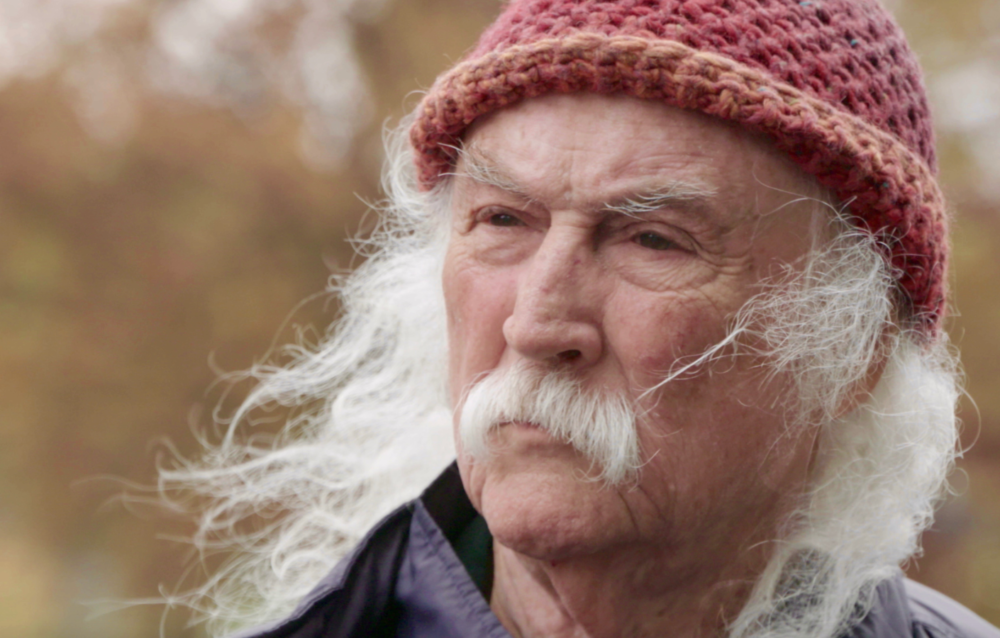 SOMETHING TO CROWE ABOUT: The chances of total recall are excellent with David Crosby: Remember My Name, a warts-and-all documentary on the iconic Crosby, Stills & Nash singer-songwriter arriving Aug. 19 at Film Forum. At 76 (78, as of Wednesday) and with little to lose, “Croz” looks back with minimum anger but much resigned regret at a lot of charred earth and wrecked relationships. . . . The fact that the subject and the tour-guide have a four-decade history accounts for the candor, which is astonishing, even merciless. Crosby completes a cycle of sorts for Cameron Crowe. They first crossed paths when Crowe was—for real!–a teenage rock reporter for Rolling Stone. At one point, he whips out a tape recorder and replays his first interview with Crosby. He’s still popping the questions here, but he’s a producer, too, and keeps the subject on track and on topic. . . . Almost 20 years ago, Crowe turned his experiences as Huck Finn in Rock-and-Roll Land into Almost Famous, an Oscar-winning, coming-of-age, original screenplay. (Its other big win: Goldie Hawn’s girl, Kate Hudson, got a Golden Globe—and stardom—as a groupie who prefers to think of herself as a Band Aide.). . . . Now, Crowe has made a book musical out of his script and is assisting composer Tom Kitt with the lyrics for a Broadway retelling. San Diego’s Old Globe will open its 2019-2020 season by world-premiering Almost Famous: The Musical Sept. 13-Oct. 20. Songs for a New World co-stars Colin Donnell and Solea Pfeiffer do the roles Billy Crudup and Kate did in the flick, while Casey Likes, Anika Larsen, Drew Gehling and Robert Colletti take the parts originated by Patrick Fugit, Frances McDormand, Jason Lee and Philip Seymour Hoffman. . . . Director Dan Sullivan, who just finished installing Coriolanus in the Delacorte, is really looking forward to his next Public work, The Visitor, March 24-May 10. It deals with the hot-button topic of undocumented immigration and comes from Thomas McCarthy’s 2007 independent film about a widowed Connecticut prof who discovers illegal immigrants living in his New York apartment. Only Tony winners have applied for roles—David Hyde Pierce from Curtains and Ari’el Stachel from The Band’s Visit. . . . It, too, has a Kitt score, with lyrics by Brian Yorkey. They won Tonys and the Pulitzer for Next to Normal. Kwame Kwei-Armah is co-writing the book. . . . Another Next to Normal Tony winner, Alice Ripley, who made a complete witch of herself for a recent Into the Woods benefit, is returning to the cell on West 23rd for one more ride on The Pink Unicorn Aug. 13-24. 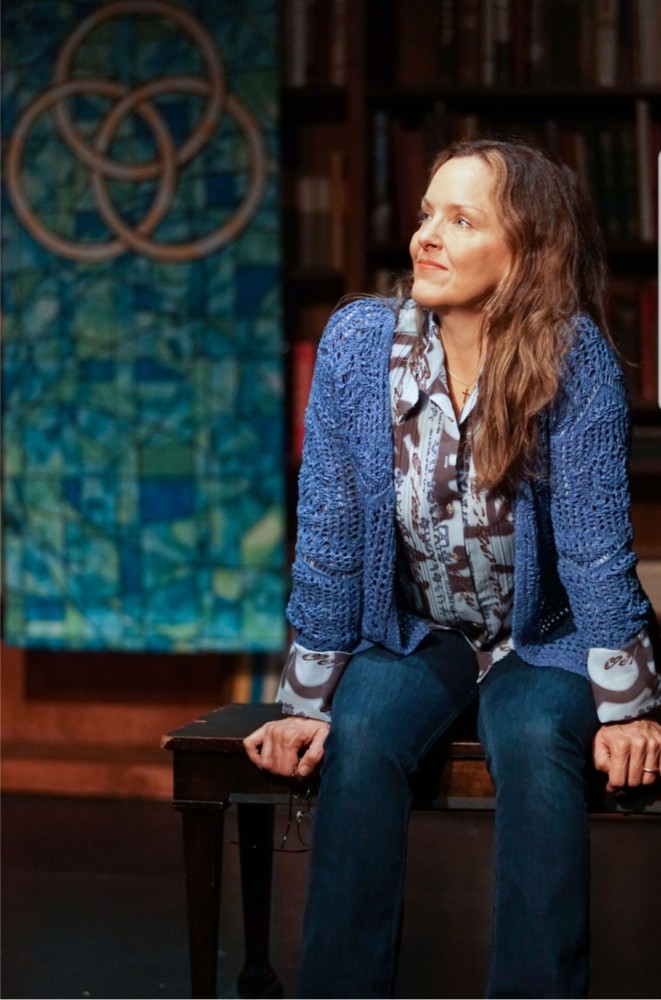 LEONE BALONEY: Writer-director Quentin Tarantino’s strong appetite for spaghetti westerns prompted him to name his ninth (and, supposedly, next-to-last) flick, Once Upon a Time . . . in Hollywood, after two of Sergio Leone’s eight features, Once Upon a Time in the West and Once Upon a Time in America. . . . The title is also a subtle, but accurate, reflection of the wish-fulfillment fairy-tale Tarantino first exhibited in Inglourious Basterds when he got carried away with an action sequence and machine-gunned Hitler to bits. . . . Sony gave the film a midsummer release rather than wait around (as originally planned) for Aug. 9, the 50th anniversary of the event it concerns–The Manson Family Murders. . . . Leonard DiCaprio is a bad-guy guest-star of television westerns who has Brad Pitt for his gofer-chauffeur-stunt double and Margot Robbie for girl next door–Sharon Tate. A sense of dread and impending doom is instilled early and lingers like lead. . . . Every shot screams 1969, with scores of then-known names scrambled into the fiction–like George Spahn, owner of the 55-acre L.A. movie ranch where Poverty Row shootouts were shot and where the hippie Manson-ites were squatters. Spahn would have been Burt Reynolds’ last. Bruce Dern wound up doing it. . . . Lancer, the TV show where DiCaprio’s character is guest-menacing actually existed from 1968 to 1970 and co-starred James Stacy and Wayne Maunder as sagebrush bros. The latter died just ten days after Tarantino’s film wrapped; as an homage, he was played under his series name, Scott Lancer–by Luke Perry, who, three months after the filming, suffered a massive ischemic stroke Feb. 27 himself and died five days later. . . . Timothy Olyphant plays Stacy whose stardom ended in 1973 when a drunk driver struck his motorcycle and took his arm and leg. A comeback role was written expressly for him in Kirk Douglas’ Posse, but mostly he guest-starred his way to retirement in 1992. . . . Stacy’s nephew, Brian d’Arcy James, who headed up the Yank cast of The Ferryman and is now Officer Krupke for Steven Spielberg’s retelling of West Side Story, always keeps a Stacy film poster in his dressing room when he does a play. 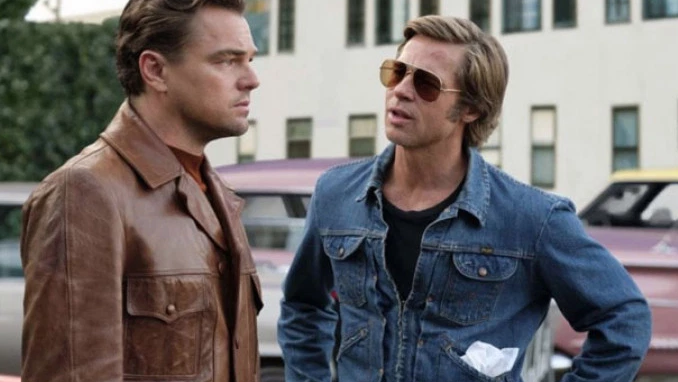 NO TONY FOR TONI: The late, great novelist Toni Morrison came thisclose to becoming a Broadway commodity, and who knows where that road would have taken her? In the summer of ‘82, it was announced she’d write the books and lyrics for a show called New Orleans, set in 1917 in the Storyville district, birth place of the blues. She had already put a year and a half in on it and was looking forward to collaborating. Paramount Theater Productions money-bagged a six-week workshop, which was directed and choreographed by Donald McKayle and costumed by Geoffrey Holder. The latter’s wife, dancer Carmen de Lavallade, would star along with folk singer Odetta and actress Lynne Thigpen. The show was to be saturated with the established sounds of Scott Joplin, Jelly Roll Morton and Sidney Bechet, with additional music by Dorothea Freitag. . . . Morrison’s prose was her poetry, but she seemed to have no hesitation to take on lyric-writing. “It was a bit of a fluke,” she told The Times. “When I was writing, there were moments when I knew the dialogue should stop and then there should be verse. I tried writing verse as a stopgap until they hired a lyricist. I kept doing more, until the real lyricist appeared. Finally, I had written 26 songs.” . . . All the elements seemed in place. What could possibly go wrong? Something did. The project never got beyond its first workshop and its first Times announcement.