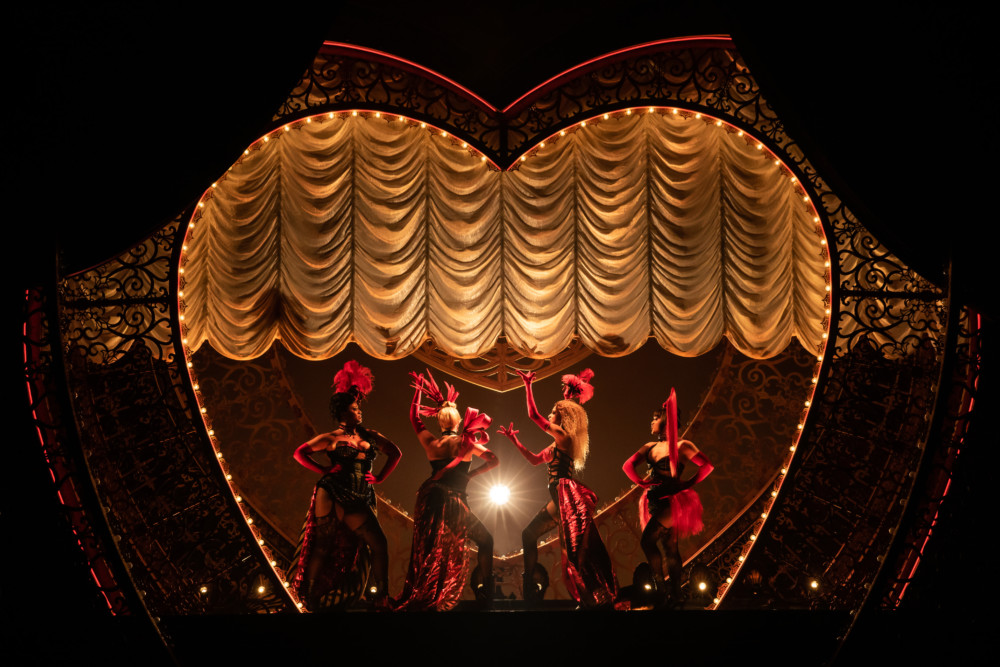 HUGE ROUGE: Talk about NOT opening in the red! Moulin Rouge is light years from that, having been a million-dollar sell-out since Preview One. By the time it bows at the Al Hirschfeld on July 25, it’ll be well on its way to becoming the To Kill a Mockingbird of musicals. . . . The show is based on the last of five movies calling themselves Moulin Rouge—the one that wears the exclamation mark, like Oklahoma!: Baz Luhrmann’s 2001 dazzler. It and its 1952 predecessor that John Huston directed were the only ones Oscar-nominated for Best Picture. Neither made much of a claim of being the genuine bio of Henri de Toulouse-Lautrec, the dwarf artist who drew and drank in that naughty, petticoat-flaunting nightspot. . . . In both, the little Frenchman was played with knee pads and camera tricks by Hispanics: Puerto Rican Jose Ferrer in ’52 and Colombian John Leguizamo in ’01. The Tony- and Olivier-nominated Fela, Sahr Ngaujah, is too tall for this gesture in the musical but makes amends hobbling about with a cane. . . . Luhrmann rated nary a nomination for directing or co-writing Moulin Rouge, but he did share the Best Picture nomination with his two producers. The real winner that year was Mrs. Luhrmann, Catherine Martin, who received an Oscar each for her sets and her costumes. . . . So did Marcel Vertes for his sets and his costumes in the Huston film—and that’s his hand on screen making Lautrec’s drawings (an early calling: he paid for his art-school tuition by forging and selling Lautrecs). . . . Close to $30 million got lavished on this production, and it starts showing the minute you enter the Hirschfeld. The season is young, if not prepubescent—but it’s hard to imagine another show this year Tony-topping Derek McLane’s sets, Catherine Zuber’s costumes and Justin Townsend’s lighting. Gorgeous! . . . On one side of the stage is a blue elephant; on the other, a red windmill (moulin rouge, as we say en francais). The name of the joint is writ large and in red neon. Golden chandeliers punctuate the place. Entrances are made on trapezes. Dancers gyrate in gilded cages. Cigar-smoking gents in tuxes and sword-swallowing chanteuses swagger and sweep across the runaway. You should come early to lap up this spectacle. 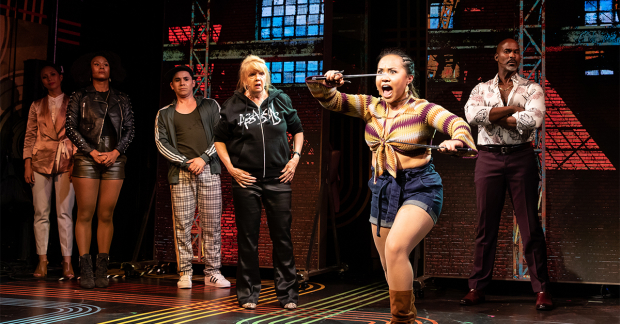 GOLDEN OPPORTUNITY: Finally they are writing shows for Annie Golden, the gifted actress-comedienne-sprite of Leader of the Pack and The Full Monty. This time, unlike her best-known role (the mute Norma Romano in Orange Is the New Black), she gets to lift her voice in song—and even talk. . . .“They” is Joe Iconis, the newly arrived tunesmith and book writer of Be More Chill. He concocted Broadway Bounty Hunter specifically with Golden in mind for the title role–an actress who has been at liberty and out of touch so long she takes up bounty-hunting in South America (now, how’s that for thinking outside the box!). . . . Currently previewing at the Greenwich House (formerly, the Barrow Street Theater), the show opens July 23—almost a full month before Be More Chill chills its last at the Lyceum after 177 performances. . . . Golden and Iconis have been collaborators since his NYU days when he, again specifically, asked for her to star in his musical-thesis reading. The casting director wasn’t sure Golden did that sort of thing but asked. She did, and they’ve been best buds ever since. . . . Other miles Iconis got out of his recent Tony nomination: Love in Hate Nation lifting off at Red Bank, NJ’s Two Rivers Theater Nov. 9-Dec. 1, and an untitled Hunter S. Thompson musical Christopher Ashley will direct at his La Jolla Playhouse next year. 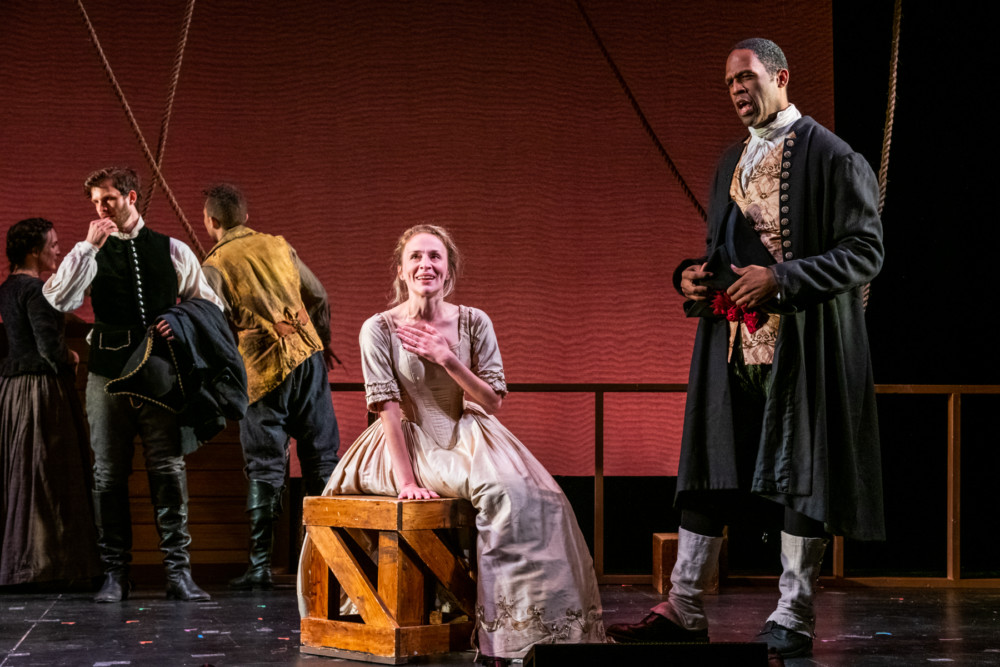 BACK TO MUSIC CAMP: New York Musical Festival is now officially 16-going-on-17, roughly the same age as Mickey and Judy when they’d appropriate some barn on the M-G-M backlot and put on a show. Their spiritual offsprings–today’s eager-to-entertain babes-in-arms–still get their summer workouts testing the musical-theater waters with their own creations. . . . NYMF’s executive director Scott Pyne is only too happy to give these budding artists a leg up. “Our event allows people interested in a theatrical career the opportunity to express themselves,” he says. “That’s across the boards: actors, scripters, directors, choreographers, costumers, set builders, stage managers, whatever. We cover the whole spectrum–everyone wins!” . . . This season set sail with Ladyship by Laura and Linda Good, carrying a cargo of pretty petty-criminals from England to Australia (a storm-tossed, deck-birthing scene was the visual and vocal highlight). Among the nine other shows that get 90-minute, full stagings at the Signature Theater’s Alice Griffith Jewel Box Theater through August 4: Jenny Waxman and Ben Page’s Leaving Eden (about the first triangle: Adam, Eve and Lilith) and Donald Rupe’s Flying Lessons (in which Amelia Earhart and Frederick Douglass haunt the dreams of a middle-schooler). . . . The Other Josh Cohen, which was revived Off-Broadway recently, and [title of show], which played Off-Broadway and Broadway, are among the more distinguished NYMF alums. The most distinguished has to be Brian Yorkey and Tom Kitt’s story of a bipolar mom, Next to Normal. It won the Pulitzer Prize, the Outer Critics Award and three Tonys, including one for a dramatically drained Alice Ripley. . . . For some unknown reason, super-serious subject matter fares best at NYMF. Its most haunting and harrowing musical remains a tragic, fact-based entry from 1999—David Simpatico’s The Screams of Kitty Genovese, recounting the 1964 stabbing death of a young woman outside her home while 38 neighbors peered passively from their windows without helping or calling the cops. . . . The murder being musicalized this year (July 23-28) is Till, as in Emmett Till, the 14-year-old Chicago black who was savagely killed in 1955 while visiting relatives is Money, Mississippi. This tall order is being filled by Leo Schwartz and DC Cathro. Good luck, guys. 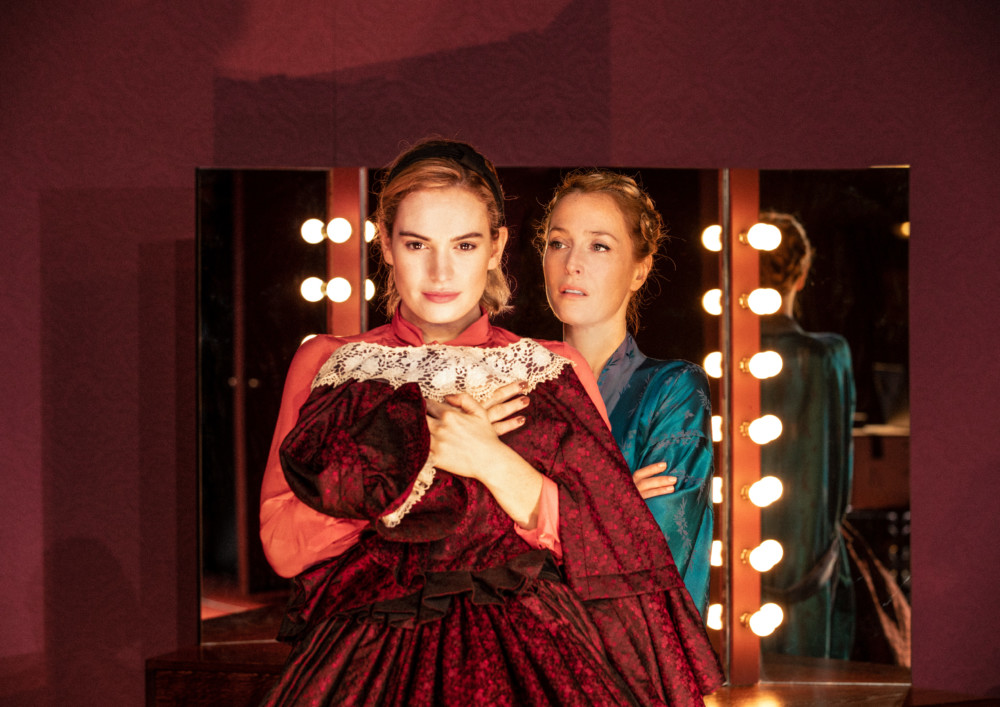 SPIN & SPIN: City Center just sent out a flyer announcing next season’s Encores!, and Jerry Herman’s Mack and Mabel finally made the cut. Other than Death, how do we know producer David Merrick had nothing to do with it—that he’s spinning like a top wherever he landed? Joshua Ellis, his press apprentice at the time, says that Merrick insisted the title be Mack & Mabel—no “ands” allowed. Encores! is among the first to go against this 40-year tradition. . . . C’mon, do we really need another West Side Story? Do we need two? Making his regular video onslaught (The Damned, Network, All About Eve), Ivo van Hove will install one on Broadway before year’s end. Two months of previews (!) begin Dec. 10 and end with a Feb. 6 opening. The following December Steven Spielberg expects to have his in movie houses. . . . The only person ever to direct one picture and get an Oscar for it is Jerome Robbins, for this. He, of course, directed and choreographed WSS on Broadway and split directing credit with the cinema-wise Robert Wise. “Split” is right. By the time they stepped up to get their rewards, they weren’t speaking (a common Oscar occurrence since Samuel Goldwyn and William Wyler got their Oscars for—wait for it—The Best Years of Our Lives). . . . That classic cat-fight between star and understudy (Margo Channing vs. Eve Harrington), All About Eve, received a National Theater taping and will get Skirball screening July 26 at 7. That’s the one where van Hove refereed Gillian Anderson and Lily James and you could hear Ben Brantley booing it all the way from London. Judge for yourself. . . . Nobody could have–or would have–played Margo Channing better on screen than Bette Davis, but she wasn’t the first choice for the role. Claudette Colbert was, but she injured her back right before starting the film, either playing tennis or filming the rape scene from Three Came Home (the story varies). In any event, director Joseph L. Mankiewicz’s cunning scheme of making Colbert and Anne Baxter look alike was lost, and he went with Davis–thank God! . . . A single line of ad copy is being used to sell Samuel L. Jackson’s Shaft: More Shaft Than You Can Handle. I’m just saying . . .