Pulitzer Prize Finalist Theresa Rebeck’s (Bernhardt/Hamlet) latest comedy dish, Seared, tastes good. It even smells good in Harry’s (Four time Tony Nominee Raul Esparza) well-stocked but small kitchen in Park Slope, Brooklyn (where all the action takes place, beautifully designed by Tim Mackabee) as he whips up dish after dish in the small restaurant he and partner Mike (David Mason) opened and recently received a nod in a food magazine for his unique scallop creation. They’re flocking into the small 16 seat establishment.

Harry is a very talented chef but a temperamental, battling and angry personality, the artistic type, versus the more tepid realistic Mike who wants to start seeing the fruits of his financial backing multiply into dollars. Mike and Rodney (a very earthy and funny W. Tre Davis), the waiter and prepper, both work the restaurant serving customers and as cleaner uppers. Rodney, clever and creative, has his own agenda brewing. 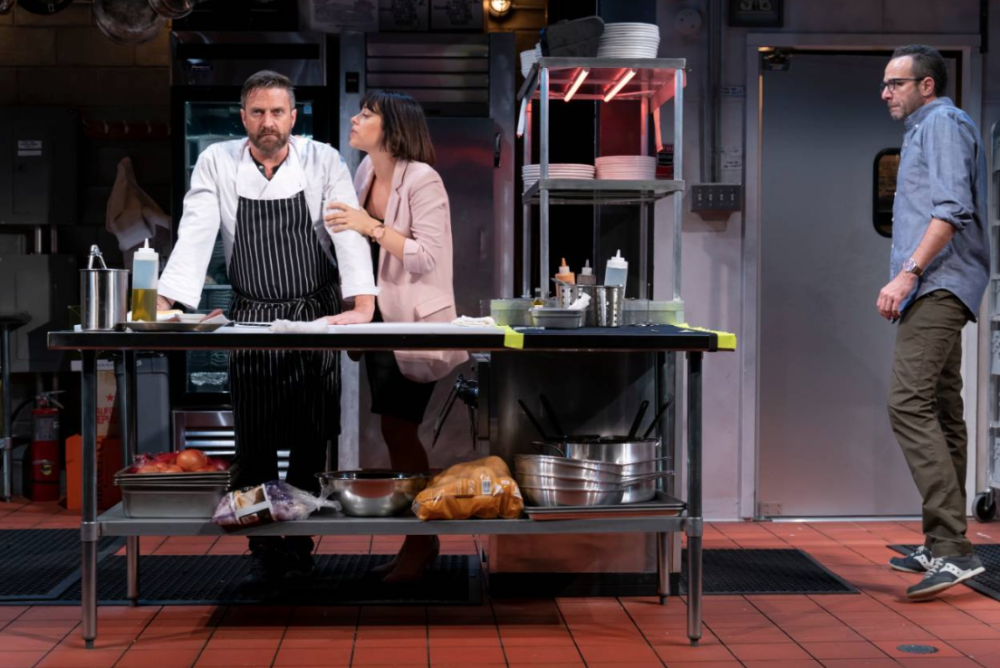 The real battling begins when Mike decides to consult, unbeknownst to Harry, with Emily (Krysta Rodriguez – Spring Awakening) who has a multitude of business ideas to expand the restaurant. She also knows a lot of important industry people from whom she is able to borrow things – – like state of the art knives – – that make Harry swoon. She’s that phony know-it-all type who gets what she wants with lots of compliments and psychological chatter.

None of it comes easy as Harry kiboshes just about every suggestion that fast talking Emily, now aligned with Mike, comes up with. In fact she’s a thorn in Harry’s side and he in her’s and Mike’s, when he nixes his signature scallops on the menu even with customers constantly requesting the now sought after dish. After all, an artist must keep creating and that one is done. They yell, they scream . . . no meat or fish at the markets are ever good enough for Harry’s requirements, as Mike and Harry engage in another battle while Emily stands aside spouting . . . “how wonderful to hear them face conflict. It’s so pure.”

Eventually Emily almost wins Harry over – probably when their short affair softens his heated personality – but not enough as she explains the egos of chefs – “special, artistic or asshole with some talent.” 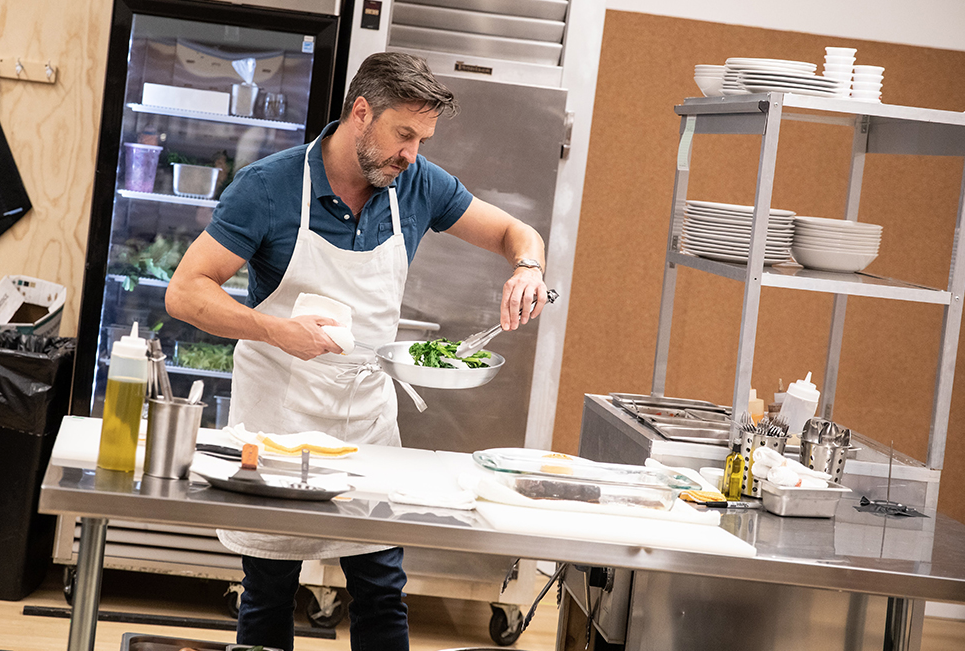 Watching Esparza slice and dice at rapid speed with his new sharp knife matches the sharpness of the words that fly back and forth. He’s quite proficient in the art.

As things heat up and personalities explode, it’s the scallops and gnocchi that win the battle after all. Give ‘em what they want!

Seared has been extended thru December 1 at MCC Theatre, 511 West 52 Street, NYC  www.mcctheatre.org 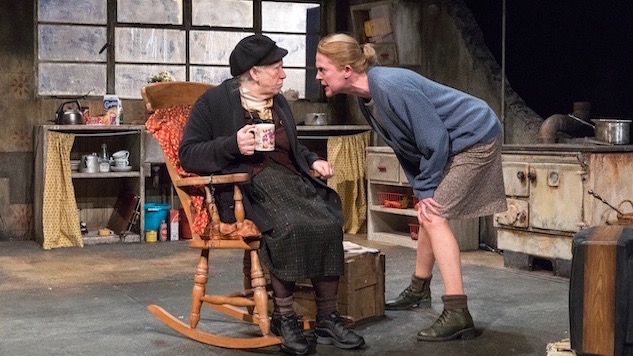 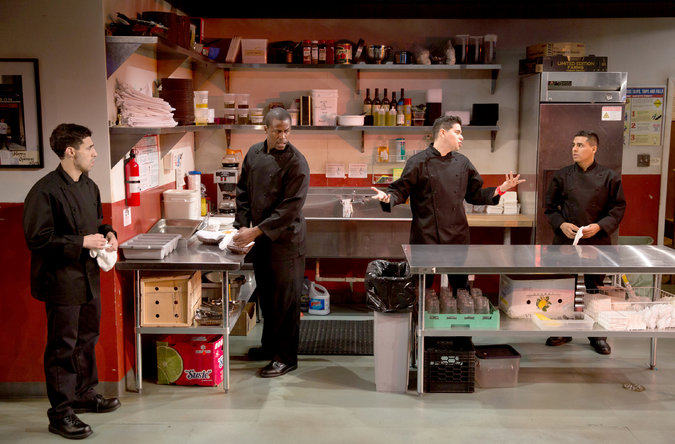