The Season is Upon Us with Leslie Uggams, Christine Andreas, Marilyn Maye 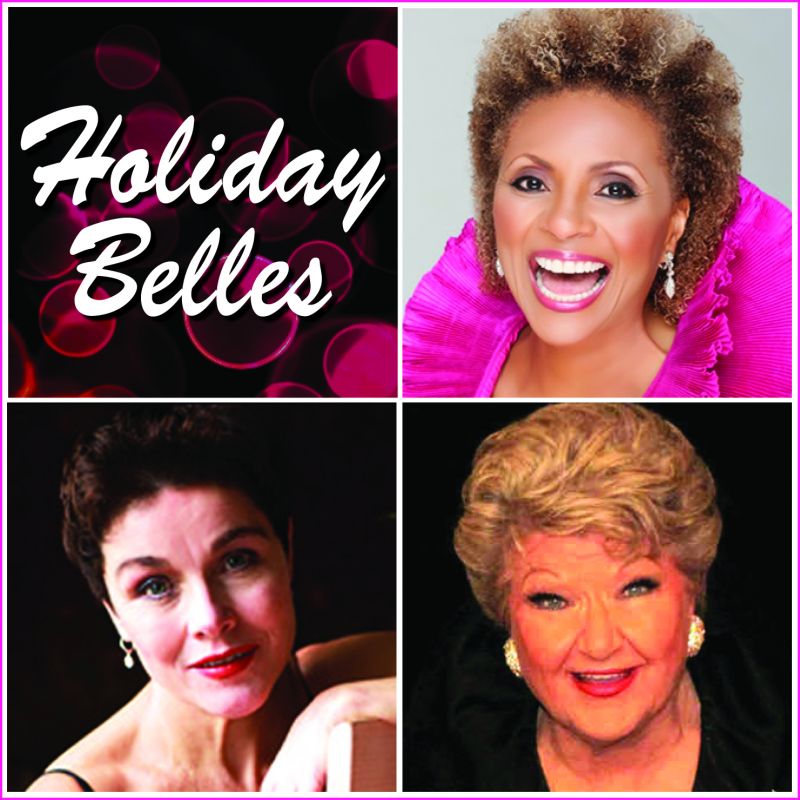 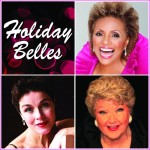 On December 19, 2013, The Town Hall will overflow with the musical joys of the season when three extraordinary talents, Leslie Uggams, Christine Andreas and Marilyn Maye take the stage. These award-winning Holiday Belles will bring their unique and diverse talents to the celebration, performing songs from the musical theater and the American Songbook as well as holiday favorites.  The concert, conceived and directed by Michael Bush, will feature each singer performing her own individual set and then bring them together for a very merry finale of holiday melodies that will shake the snow off the roof and fill each and everyone with an abundance of tuneful holiday spirit.

“I predict that Holiday Belles will be a truly memorable evening,” said producer Bernie Furshpan. “It’s rare that three such spectacular singers and much-loved ladies get a chance to share a stage.  It’s only fitting that this event take place during the holidays because it’s a real gift to the cabaret and concert lovers of New York.”

Leslie Uggams: The Tony and Emmy-Award winning performer started her career at the age of nine, opening at the Apollo Theater in Harlem for such legends as Louis Armstrong, Ella Fitzgerald and Dinah Washington.  At 15, she appeared as a contestant on the quiz show “Name That Tune” and was seen by Mitch Miller, who signed her to a recording contract with Columbia Records and made her a regular on his TV program “Sing Along with Mitch.”  Ms. Uggams alternated nightclub appearances and television roles (including her award-winning role in “Roots”) with stage work and won a Tony Award in 1968 for her Broadway debut as the lead in “Hallelujah Baby.”  Ms. Uggams tours around the country, performing her acclaimed concerts and received rave reviews for her newest CD “On My Way to You – The Songs of Marilyn and Alan Bergman.”

Marilyn Maye:  After years of perfecting her craft in amateur contests, nightclubs and on radio (she starred in her first radio show at age 11), Ms. Maye was discovered by Steve Allen, who invited her on his television show.  This led to a recording contract with RCA which produced seven albums and 34 singles, including her hits “Cabaret” and “Step to the Rear.”  After Ed McMahon caught her act in NY, she appeared on The Tonight Show for the first of an astounding 76 appearances.  Ms. Mayes also made the transition to theatre, starring in productions of “Can Can,” Follies,” Mame and “Hello Dolly.” Today, as a mainstay on cabaret stages coast to coast, her glowing reviews once again confirm the kudos she received early in her career when Johnny Carson dubbed her “Super Singer,” Ella Fitzgerald called her “The greatest white female singer in the world,” and The Houston Chronicle named her “A National Treasure.”

Christine Andreas:  Ms. Andreas first came to the attention of New York theatregoers as Eliza Doolittle in the 20th anniversary production of “My Fair Lady” (Theatre World Award).  After a string of successful Broadway roles, Ms Andreas moved into the cabaret and concert world, performing at such venues as the Algonquin’s Oak Room, Café Carlyle, Carnegie Hall, Avery Fisher Hall, Town Hall, the Kennedy Center Jazz Festival, Caramoor Festival and stages around the world. The LA Times called her “a mesmerizing musical presence.”  The New York Times said, “She finds a blend of lyricism and sweet sensuality that only the finest Broadway voices can conjure.” Both of Ms. Andreas’ CDs, “Love is Good” and “Here’s to the Ladies” were selected for USA Today’s top 10 list.