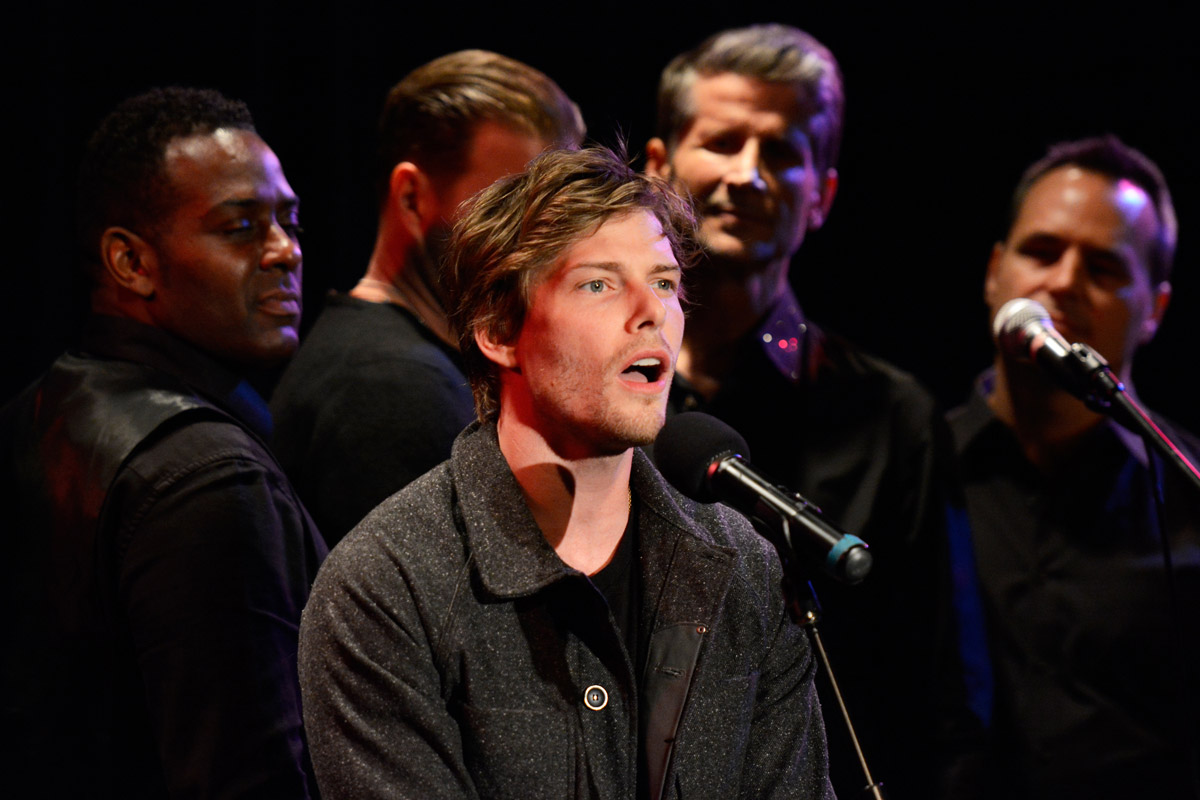 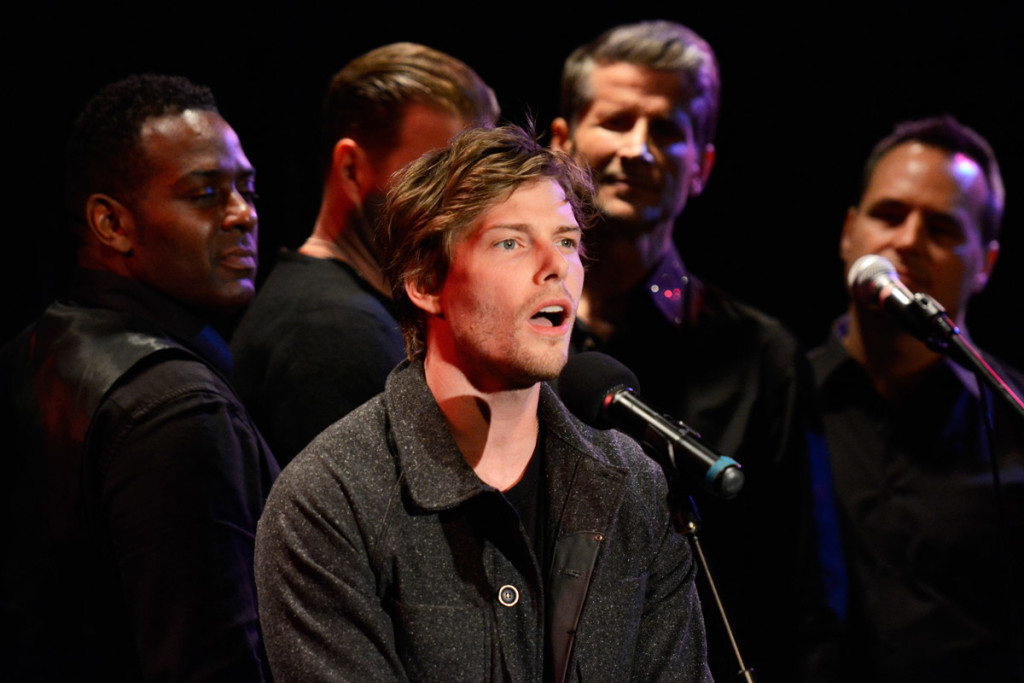 Listening to Jason Robert Brown sing his song “Someone to Fall Back On” full out, in beautiful voice, in complete honesty was soul stirring. Or to hear Stew and see Stew sing a song he had so much trouble writing, he didn’t finish the lyrics until the Broadway opening night of Passing Strange. The hard-won personal truth of his song was so present, the audience burst into shouts when he finished; or to be a part of Joe Iconis’s pre-intermission “The Whiskey Song” which was a fabulously stupid, silly raucous washboard, tambourine-accompanied creative feast (and a shot of whiskey for every member in the house as well). This was all part of the 16th year celebratory concert for SH-K-Boom and Ghostlight Records at Symphony Space. 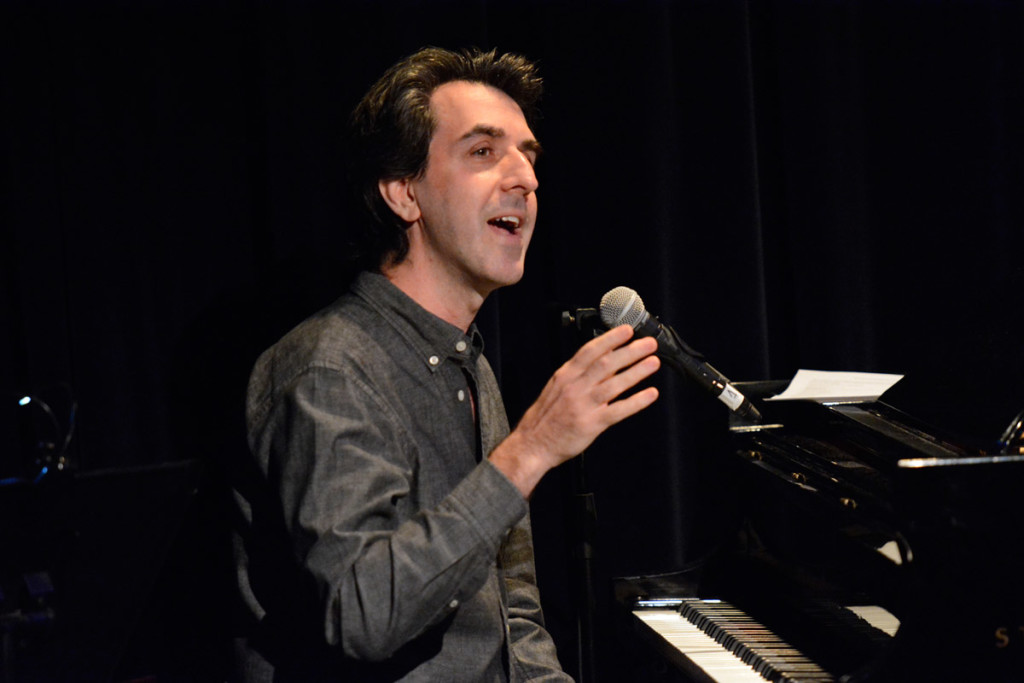 The founder Kurt Deutsch got teased, complimented and deeply thanked by all the artists who gathered to perform. It was a special roster spanning the spectrum of contemporary and classic theater talent that has earned the pioneering musical theater label three Grammy Awards, twelve Grammy nominations and a Drama Desk “Special Award.” 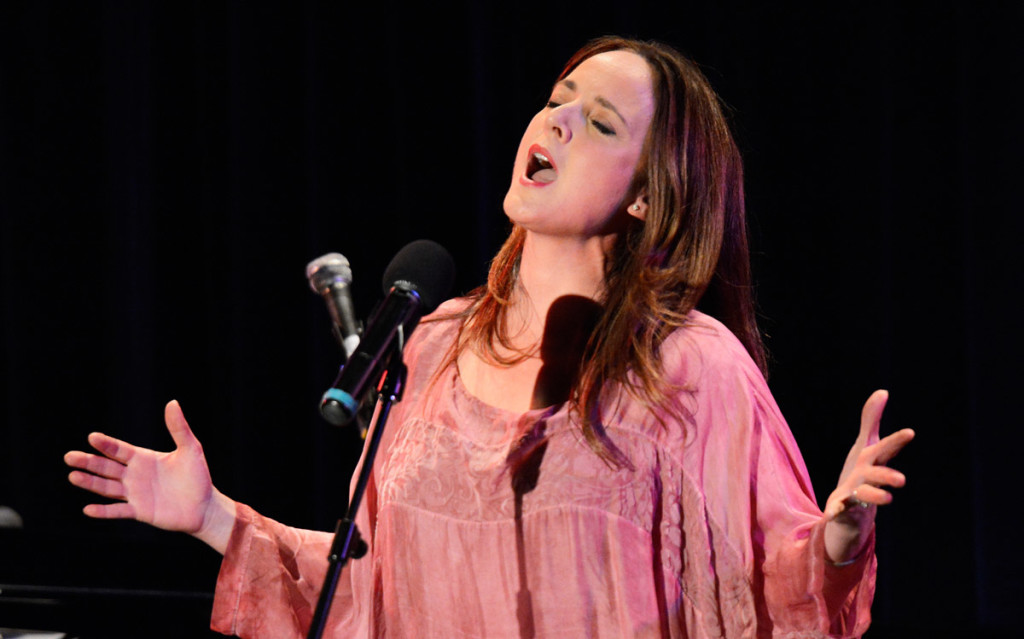 Thursday night, there was a thriving creative community in evidence, way beyond a static notion of what musical theater is or should be. There was an explosion that included a wide range of styles and artists. Musicals and albums like High Fidelity (Tom Kitt/Amanda Green) A Gentleman’s Guide…(Lutvak & Freedman) Next to Normal ( Kitt & Yorkey), Natasha, Pierre and the Great Comet of 1812 (Dave Malloy), In the Heights (Lin-Manuel Miranda), Wearing Someone Else’s Clothes (Jason Robert Brown), Godspell (Stephen Schwartz),as well as Beautiful Monster (Kyle Jarrow), Evil Monkey Man ( David Yazbek), Things to Ruin (Joe Iconis), Alice by Heart (Sheik & Sater), and Passing Strange (Stew & Heidi Rodewald) were well represented by an abundance of talented artists and the composers themselves. 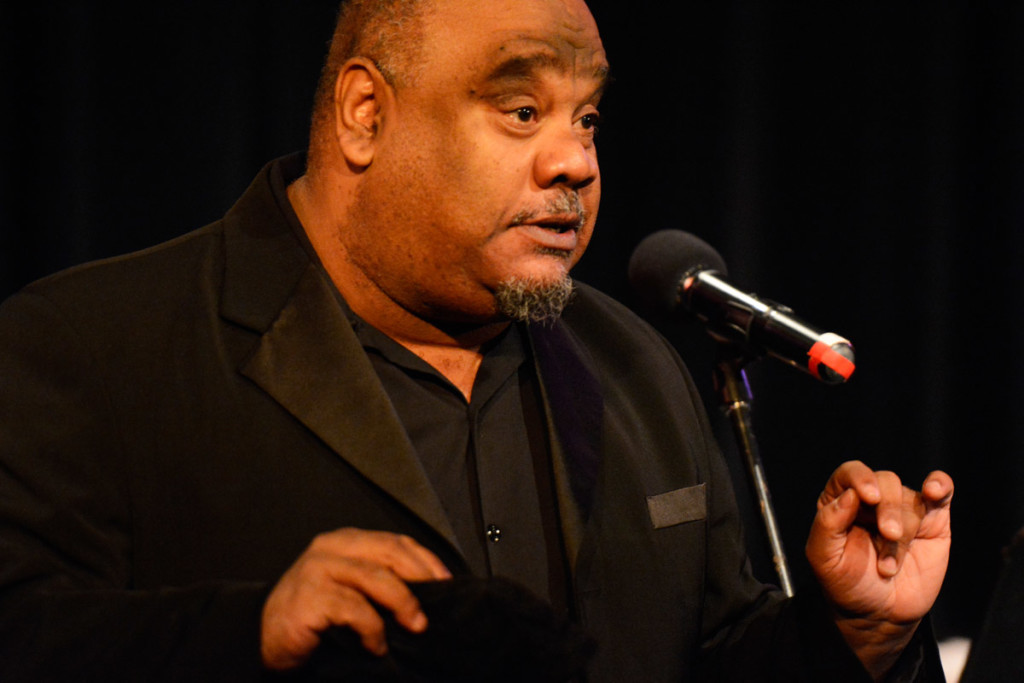 Performing highlights include: Melissa Errico honoring her colleague Alice Ripley by singing “I Miss the Mountains” from Next to Normal; AnnMarie Milazzo sweetly singing “Happy Birthday, Darling” from Bright Lights, Big City and acting many ages; Rebecca Naomi Jones, clear-eyed and sharp, rendered “Love’s a Gun” from Michael Friedman’s Love’s Labour’s Lost; Mandy Gonzalez powerfully sang her character’s song “Breathe” from In the Heights; and Duncan Sheik sang a song from his new musical, the beautiful, “Another Room in Your Head” from Alice by Heart. 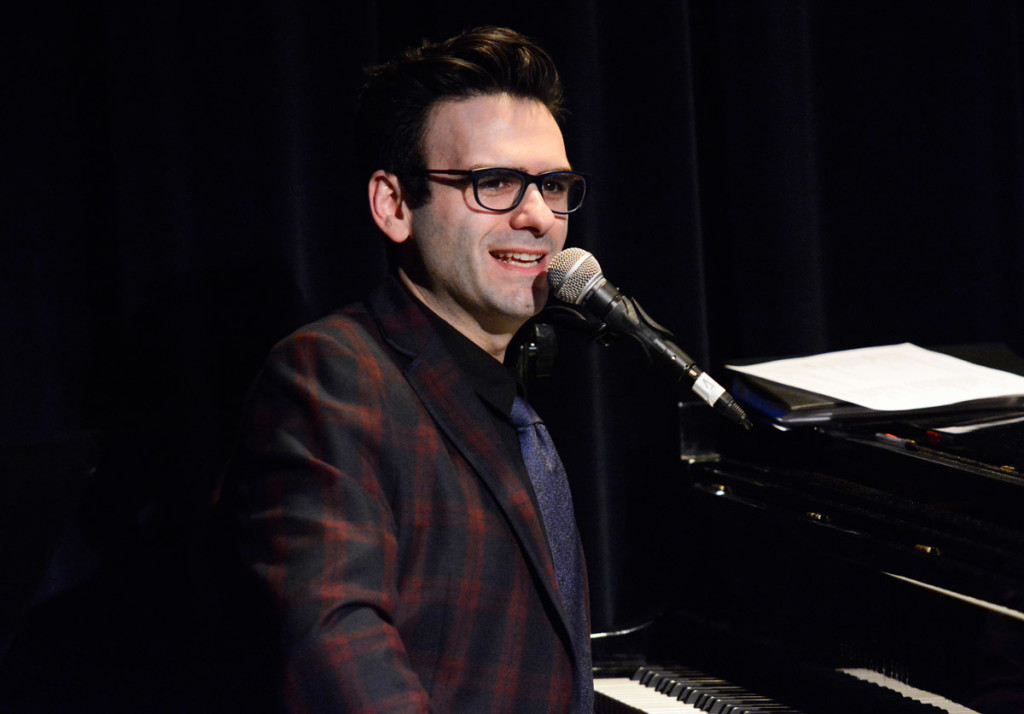 In the last moments of the show, Marc Shaiman said if you look around, all songwriters are Jewish except for Joe Iconis. And Shaiman said his singing voice was like a “Jewish cry for help” and promptly introduced Angela Grovey to sing his song “A Big Black Lady Stops the Show” from Martin Short: Fame Becomes Me. And, of course, she knocked it out of the park! 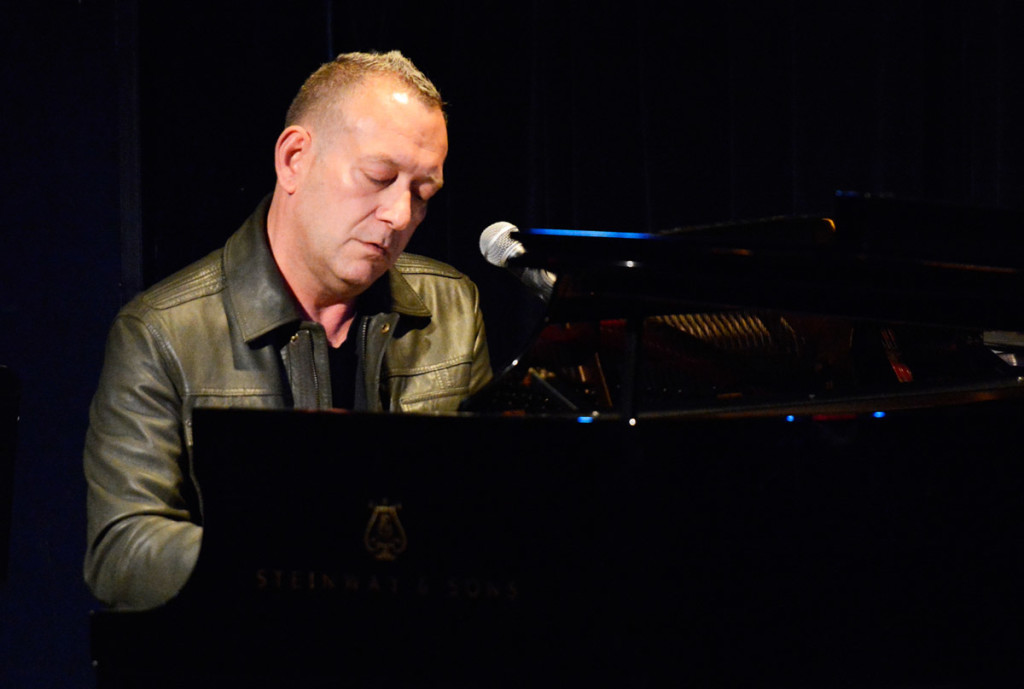 Finally, Stephen Schwartz on piano accompanied a performance of “Beautiful City” from Godspell with Hunter Parrish and the Broadway Inspirational Voices—A beautiful goodnight. Clearly, all is well in the world of Sh-K-Boom/ Ghostlight Records—and musical theater. 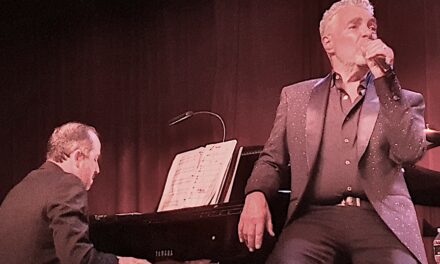 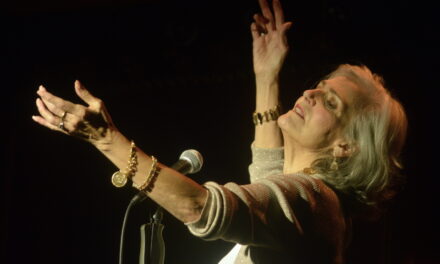 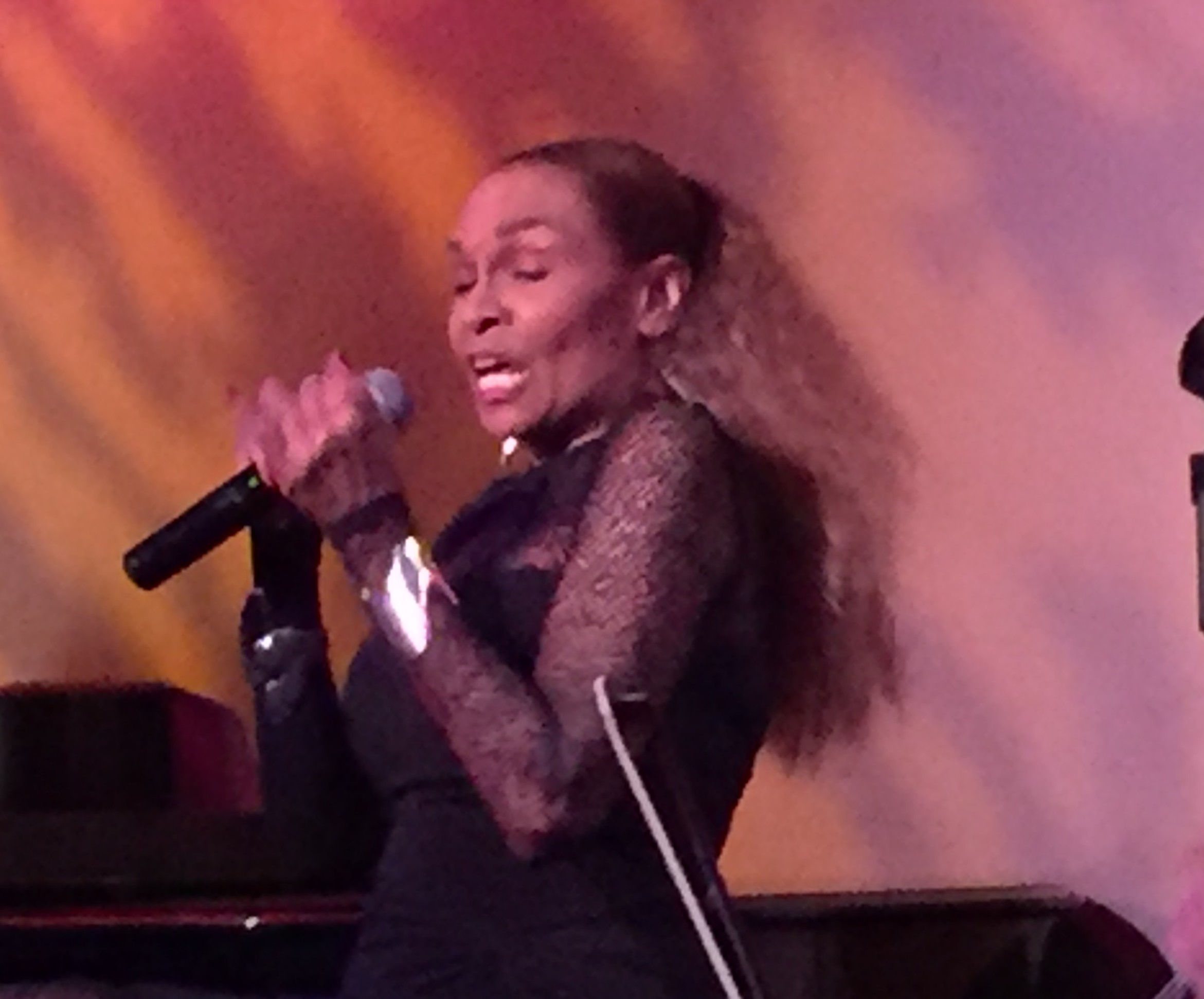