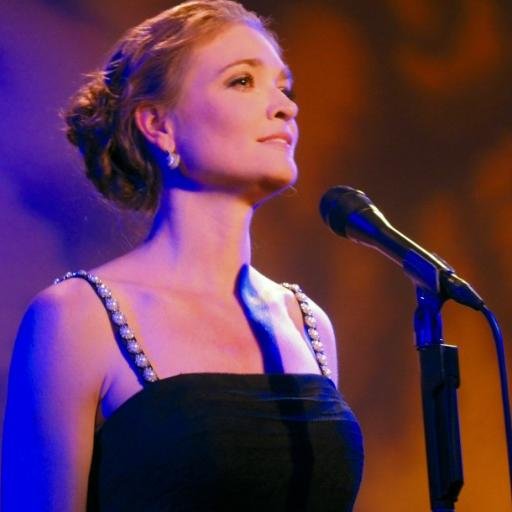 They glittered and made us gay What was it that lit up the sky and held a hurricane at bay Tuesday evening? The bravura performance by Shana Farr singing songs from the repertoire of Barbara Cook. The one-night event took place at The Players club.

Having worked with Barbara Cook in the ’60s and been a fan forever—there was a time when to know me meant having to listen to her recording of Candide—I approached last night’s performance by a singer invoking her name with a wary eye and “show me” attitude. And Shana Farr did indeed “show me.”

Shana Farr, svelte in her gold lamé gown, is beautiful, willowy, elegant and tasteful–eye candy for sure.

While Barbara Cook’s voice had a unique sweetness—as did Luciano Pavarotti’s—Shana Farr’s dazzling vocal agility is certainly in Barbara’s class. Last night’s program was more demanding than most opera roles.

Opening with “This Is All Very New to Me” from Plain and Fancy she went on to “Good Night My Someone,” from The Music Man. All the interstitial material leading from one set to another was relevant, informative and charmingly presented.

The sensitive, facile pianist was Jon Weber. Duncan Knowles is credited as the director.

Shana Farr demonstrated repeatedly that most difficult of vocal demands, singing pianissimo in the upper register. It was heaven as she floated those high notes. Her comic flare was on display in ‘I Cain’t Say ‘No’” from Oklahoma and in an enchanting snippet from Carousel in which she played both roles in an exchange between Carrie Pipperidge and Julie Jordan. This is a lead-in to “If I Loved You.”

There was a bouncy rendition of “Can’t Help Loving That Man,” self-deprecatingly labeled as an early audition mistake. However, that’s just the way it was done in the show! Shana Farr is musically infallible. Following this was the slower familiar blues version. Shana Farr caught the pathos of Stephen Sondheim’s “Not a Day Goes By” and “Losing My Mind” revealing a consummate actress.

Shana Farr doing “Glitter and Be Gay,” from Candide, was the high point of a glorious evening—more difficult by far than the “Jewel Song” from Gounod’s Faust, which it was spoofing and, in fact, more demanding than many of the coloratura roles in grand opera.

While Barbara Cook added to her songbook in a career that spanned decades, Shana Farr sang the plums all in one evening, an astonishing accomplishment.

When she sang “Ice Cream” I was reminded of Walter Kerr’s review of Barbara Cook in She Loves Me, from which the song comes.  It was framed as a Valentine of the period. After he’d heaped praise on Barbara Cook, he said she was to avert her eyes, whereupon he expressed his reservations about the show. He then added more compliments for “dear Miss  Cook, dear Miss  Cook.”

Well, Shana Farr  doesn’t have to avert her eyes.  She sang non-stop for well over an hour and there were no false notes. Bravissima!