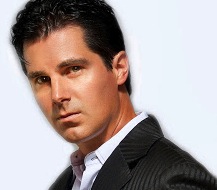 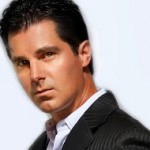 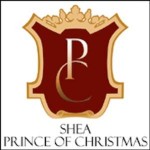 Gearing up for the 2013 holiday season, Coast 2 Coast Star Entertainment will present Shea: Prince of Christmas, a unique music celebration about the joys of the Holidays starring Shea Arender aka “Shea.” The show will make its world premiere off-Broadway at St. Lukes Theatre (308 West 46th Street) and will begin performances on Wednesday, November 6th, 2013 for a limited run through December 27th, 2013. To see the complete schedule of performances or for tickets, visit Telecharge.com or 212-239-6200.

In Shea: Prince of Christmas, Shea will take audiences on a Christmas musical journey as he performs some of the most popular, heartwarming classic yuletide favorites like “I’ll Be Home for Christmas,” “Blue Christmas,” “The Christmas Song,” as well as some modern favorites like “All I Want for Christmas is You,” “Last Christmas” and many more. Shea will also take audiences to different parts of the world, setting the scenes to illustrate how other countries around the globe celebrate this holiday.

The show has rhythms easily moving from Holiday Classics, Easy Listening, Reggae, R&B, Pop/Rock, and Jazz Standards to everything in-between. Shea: Prince of Christmas weaves rarely heard tales that will give a glimpse into how these musical treasures came to be a part of the cultural cannon. “Christmas for me has always been about love and one of the ways I express my feelings of love is through song,” said Shea. “Since I was a young boy, I longed to spend Christmas in New York, so to now be in this magical city at the most magical time of the year singing the most wonderful songs of the season, is truly a dream come true. When you bring a show to New York, you are bringing it to the world. I hope to bring laughter, unity and joy to all cultures and religions.” In 2012, Shea released his holiday album presented by Lost Gold Records, the Broadway Gold Edition entitled “Every Day’s Christmas.”

The album included a co-written original song “The Christmas I Met You.” In addition to charting internationally, this single hit Number One on the Adult Contemporary Charts, Number Three on the Christmas Singles Chart, and an impressive Number Sixty-One on the Merry Christmas Network Top 100 Christmas Songs of All Time list in its first year of release. “The Christmas I Met You” also made the first Grammy ballot for Song of the Year on the 55th Annual Grammy Awards.