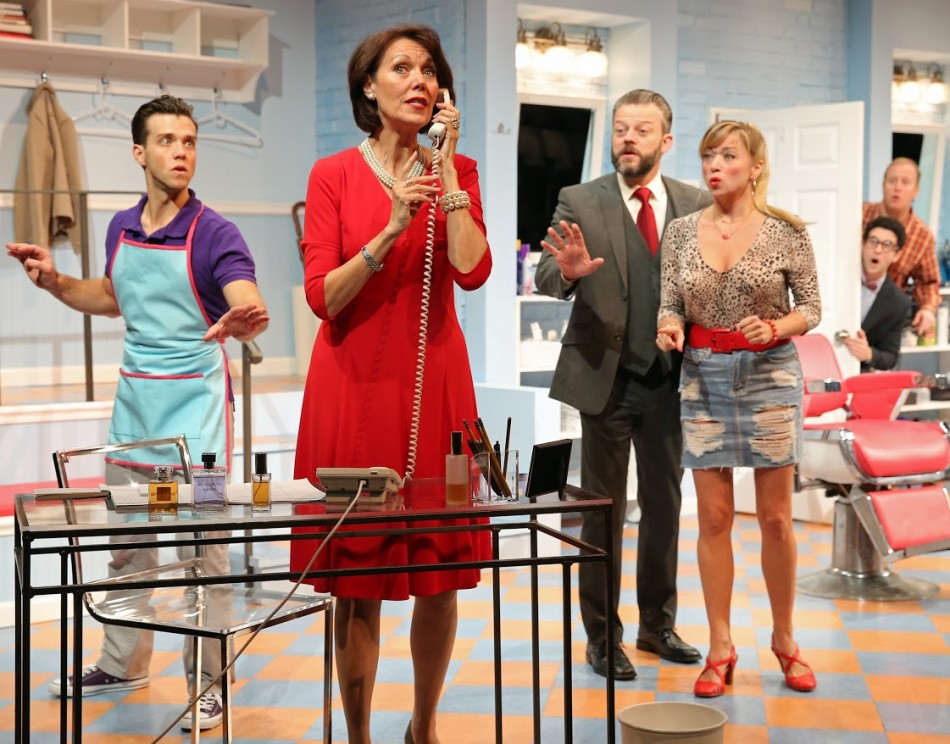 The NYC premiere of a decades old hit.

The whodunit comedy Shear Madness has enjoyed unprecedented runs in several cities across the world – most notably, 36 years in Boston, 28 years in Washington, D.C., and 18 years in Chicago. For creators Bruce Jordan and Marilyn Abrams, bringing this show to New York was always their goal but the time needed to be just right. Finally, New Yorkers have their very own production, expertly directed by Mr. Jordan, and now in previews at New World Stages. The show exceeds its decades long promise of delivering enjoyably zany characters, clever surprises, and a rousing good time. But best of all, it lets you – yes, you – solve the crime at the center of the plot. 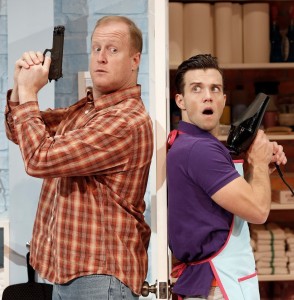 The action takes place in Shear Madness, a Hell’s Kitchen beauty salon run by the adorably flamboyant Tony (Jordan Ahnquist), who at rise is prepping the salon for another day of crew cuts and dye-jobs along with his sharp-tongued, slightly ditzy employee Barbara (Kate Middleton) (hint: arrive early so you don’t miss the delightful, commedia dell’arte inspired pre-show stage business). We meet the rest of the cast early on – everyday salon patrons – or so we are led to believe. There’s the boyish, bespectacled Mike (Adam Gerber), in for a quick trim; Eddie (recent Drama Desk nominee Jeremy Kushnier), the hunky and brooding antiques dealer with a mysterious briefcase in tow; Nick (Patrick Noonan), the beer-bellied, Jets-loving New Yawka; and the prim Mrs. Shubert (Lynne Wintersteller), Park Avenue royalty, in need of some beautification before scooting off to the Caribbean.

After a bit of salon talk – exposition involving a whopping number double-entendres and pop cultural references, not to mention a few silly sight gags – we get to the heart of the matter: Isabel Czerny, the world-renowned concert pianist, now a recluse, lives above the salon and practices relentlessly for an alleged comeback tour. Tony can’t stand the noise and complains furiously about Czerny. In fact, we learn throughout the proceedings that the others, too, may have reason to wish her ill. So when she turns up dead and it turns out some of the characters aren’t who we thought they were, fingers are pointed, suspects are grilled, and no one seems free from blame.

A large dose of audience interaction is what pumps Shear Madness full of pulsating life: the house lights rise, characters reenact events prior to the body’s discovery, and audience members are invited to shout out as they notice inconsistencies. In act II, spectators are given the opportunity to question the suspects directly and it’s up to the suspects to defend their actions, deflect blame, and vouch for their innocence. 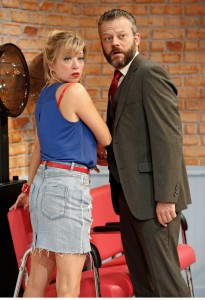 If, at times, the script feels like a workshop of stand-up comedy material, that’s because it sort of, at times, is: Mr. Jordan works with the cast to create up-to-the-minute jokes, ripped from the celebrity and political news headlines, resulting in an abundance of improvised material from night to night. The jokes evoke both guffaws and grimaces (A Lamar Odom coma joke? Too soon?), but the cast’s comedic chops and improvisatorial dexterity make this aspect of the show soar even when every joke doesn’t land as perhaps intended.

The actors’ ability to seamlessly improvise answers to audience reactions and questions, weave in new material, and still keep the action moving forward is the true accomplishment of the production. Much praise is owed to Mr. Noonan, a deft quasi-master-of-ceremonies between the audience and the characters. In fact, the entire cast is pitch perfect – over the top on occasion, but deliciously and appropriately so. Ms. Wintersteller, Mr. Kushnier, and Ms. Middleton deserve particular praise for blending adroit comedic skill and precision with nuanced moments and a dash of emotional complexity. But since the plot changes nightly, I might be saying this about the others if the story had unfolded differently.

Will Cotton’s set is both visually appealing and multi-functional. The colorful checkered floor and quaint décor hearken back to a time before the “nightclubification” of Manhattan salons, while three doors and a working sink provide the ingredients for flawlessly executed farce. Front rowers beware – splashing abounds!

For those of you allergic to audience interaction, do not fear: while many ecstatically shout at the actors and volunteer questions, there is no obligation to speak up. Whatever your preference, Shear Madness will have you wanting more – and with a script that changes nightly, why wait to make your next appointment?

For tickets call (212) 239-6200 or visit https://www.telecharge.com/Off-Broadway/Shear-Madness/Ticket 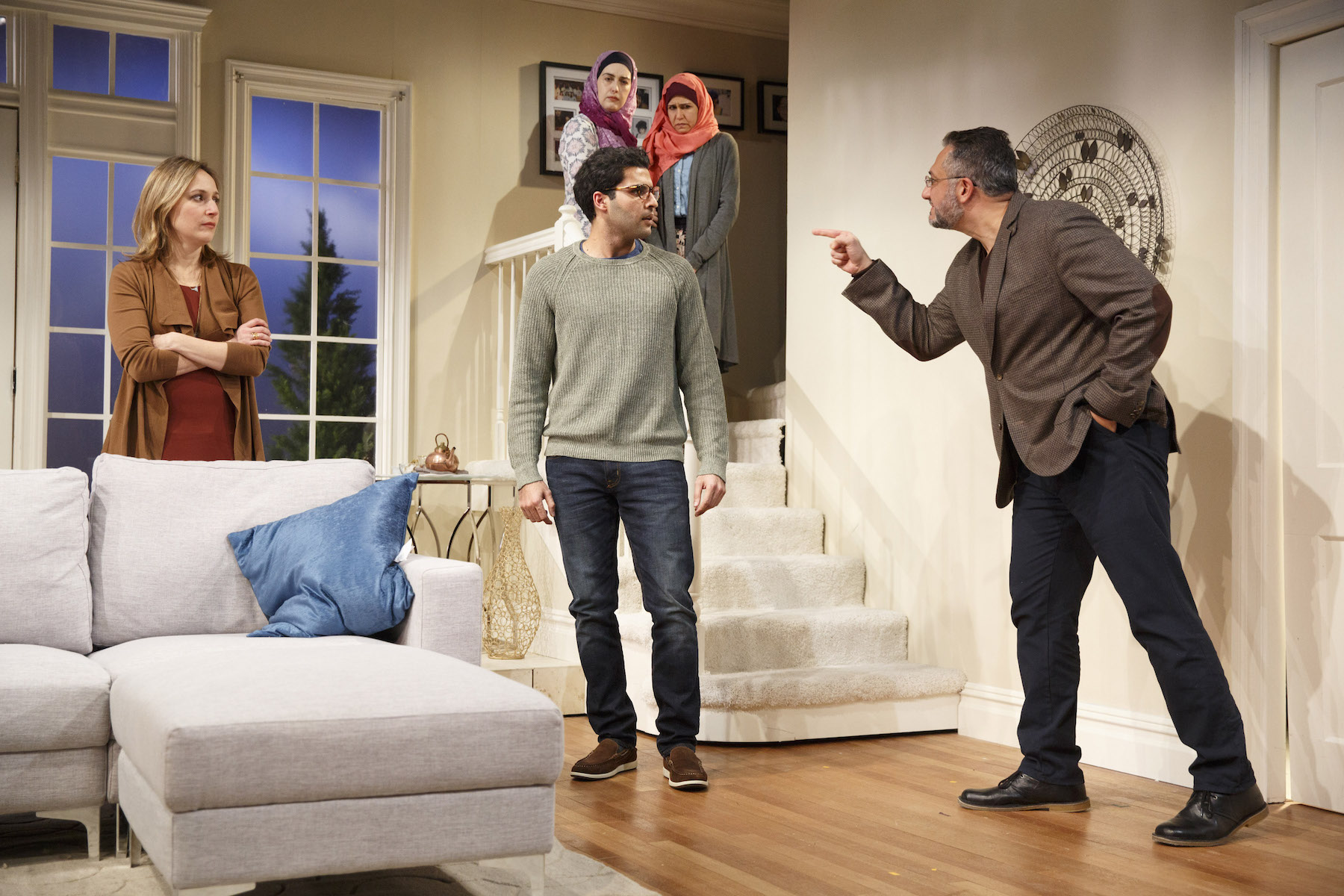 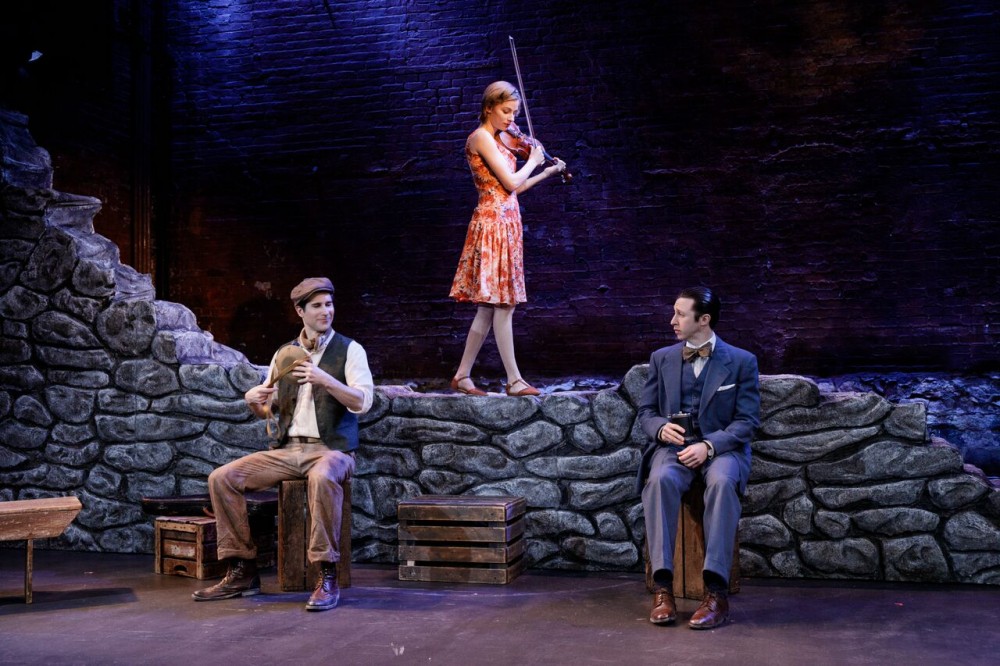 FIDDLER ON THE WALL: A WALK WITH MR. HEIFETZ