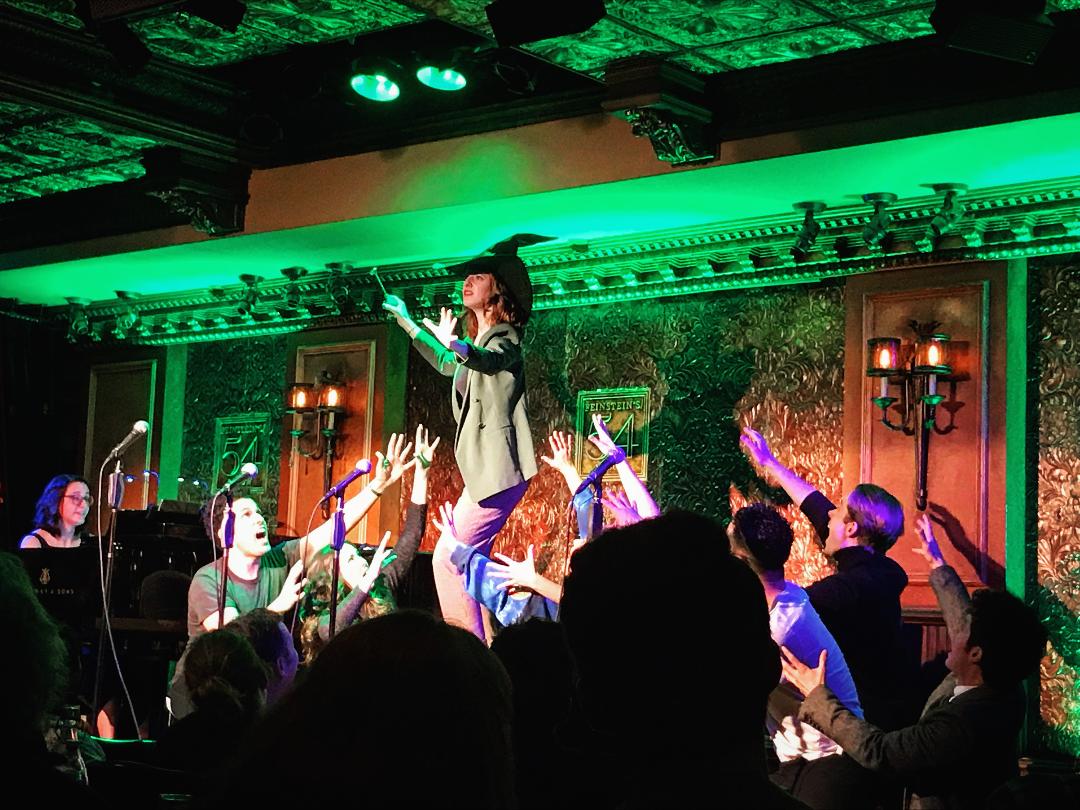 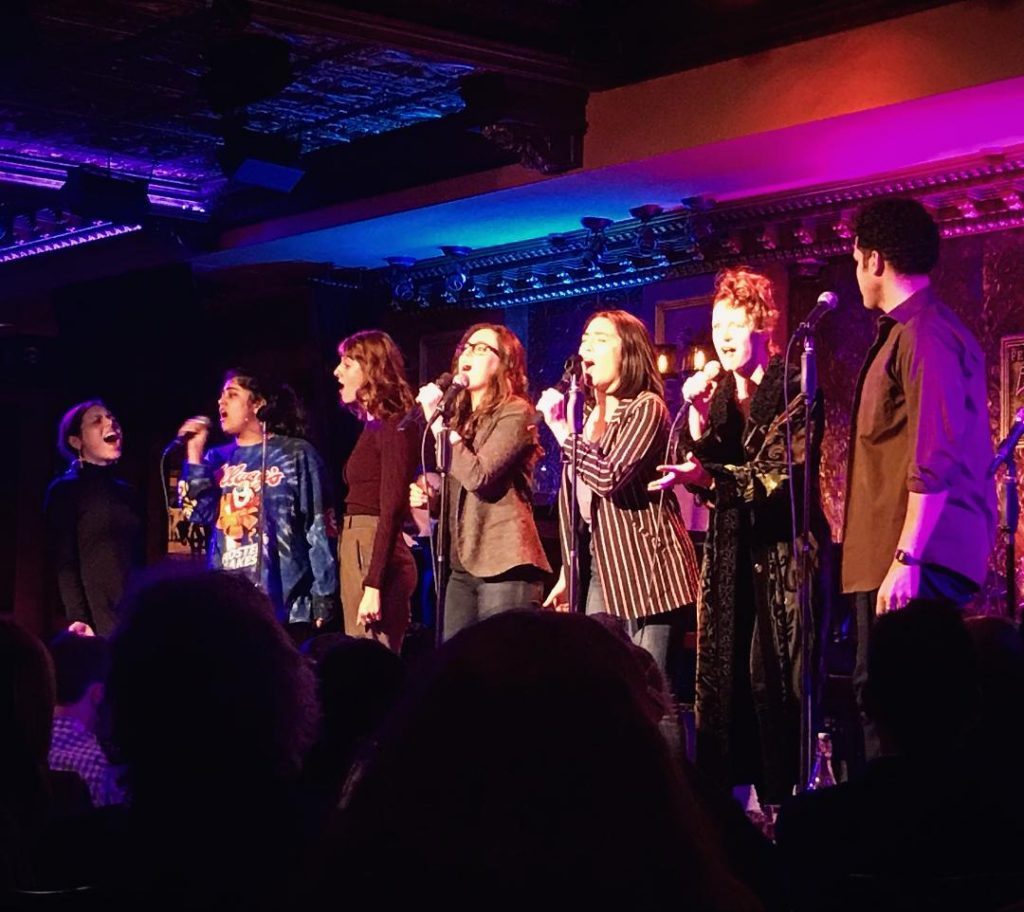 What if one of the Six Merry Murderesses of the Cook County Jail was a terrible storyteller? How would the course of Alison Bechdel’s life have been altered if the delivery woman with the ring of keys had the wrong address? Why doesn’t anyone point out to Harold Hill that his declaration of trouble starting with a capital “T,” rhyming with “P” and standing for “pool” is actually quite a stretch? All of these questions and more are tackled in SHIZ: Broadway Meets Sketch Comedy, a madcap musical comedy show at Feinstein’s/54 Below. 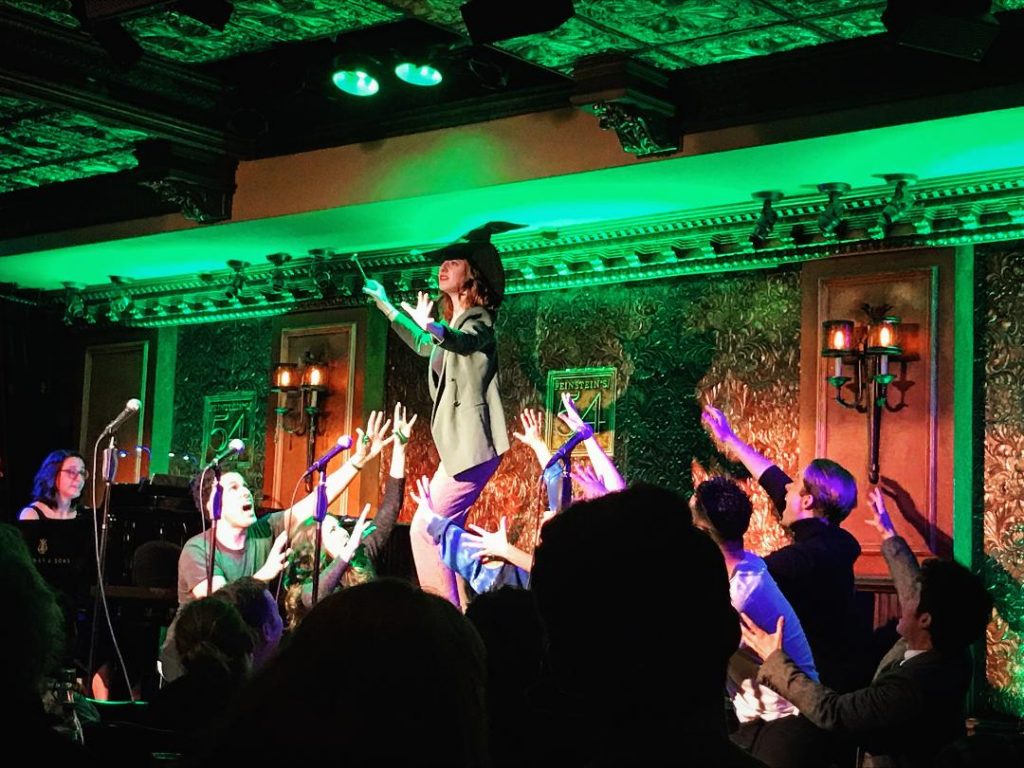 SHIZ’s description on the 54 Below website promises, “No parody lyrics, only parody riffs.” I was very curious to see the execution of this because parodying Broadway songs seems the obvious route when making a Broadway sketch comedy show. As it turns out, the lack of parody songs in SHIZ is one of its most impressive elements. That the writers were able to spoof twelve different shows without any parody lyrics speaks to their creativity – and the sketches in this show are nothing if not creative.

SHIZ reimagines Seussical the Musical as a dark tale told from the perspective of patients in a psychiatric ward. The audience watches Washington Heights transform from the community teeming with Hispanic culture that Lin-Manuel Miranda wrote an entire musical about into a gentrified neighborhood lusted after by entitled white yuppies who crave pamplemousse-flavored LaCroix but refuse to pronounce Usnavi’s name correctly. Have you ever wondered what would happen if Sandy left her purse in the bathroom and missed all her lines in “Summer Nights”? SHIZ will show you. My favorite sketch features Cathy (Hunt) and Jamie (Bogan) of The Last Five Years singing in their alternate timelines and accidentally brushing against each other, breaking the space-time continuum and introducing us to a “time scientist” (Saunders) who goes on to pop up numerous times throughout the show. 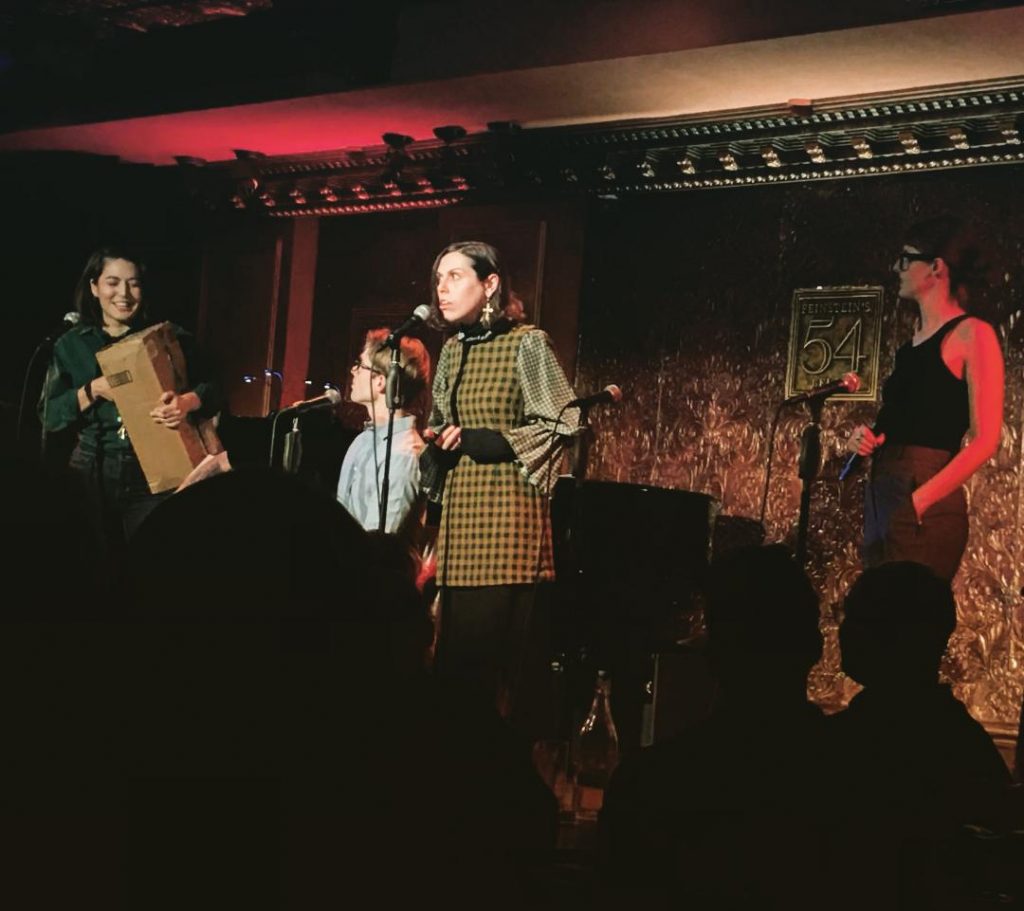 This show is extremely clever and well-written, and the cast is also incredibly talented. Standout vocal performances include McLean’s powerhouse rendition of “Don’t Rain On My Parade,” all six women breaking into “Take Me Or Leave Me” post-key change multiple times (with a surprise addition of Contreras and Pérez) and a rif-off featuring Verma and Weiss as two belting Elphabas trying to find their own takes on the end of “Defying Gravity” (with a hilarious Walker as their eccentric vocal coach).

Any hardcore Broadway fan or former theater kid would absolutely adore this show, but it’s packed with jokes and references both obscure and obvious, so anyone with a basic knowledge of musical theater will have a fantastic time. With that being said, even my guest, who had only seen three musicals ever, laughed along and enjoyed the whole show. 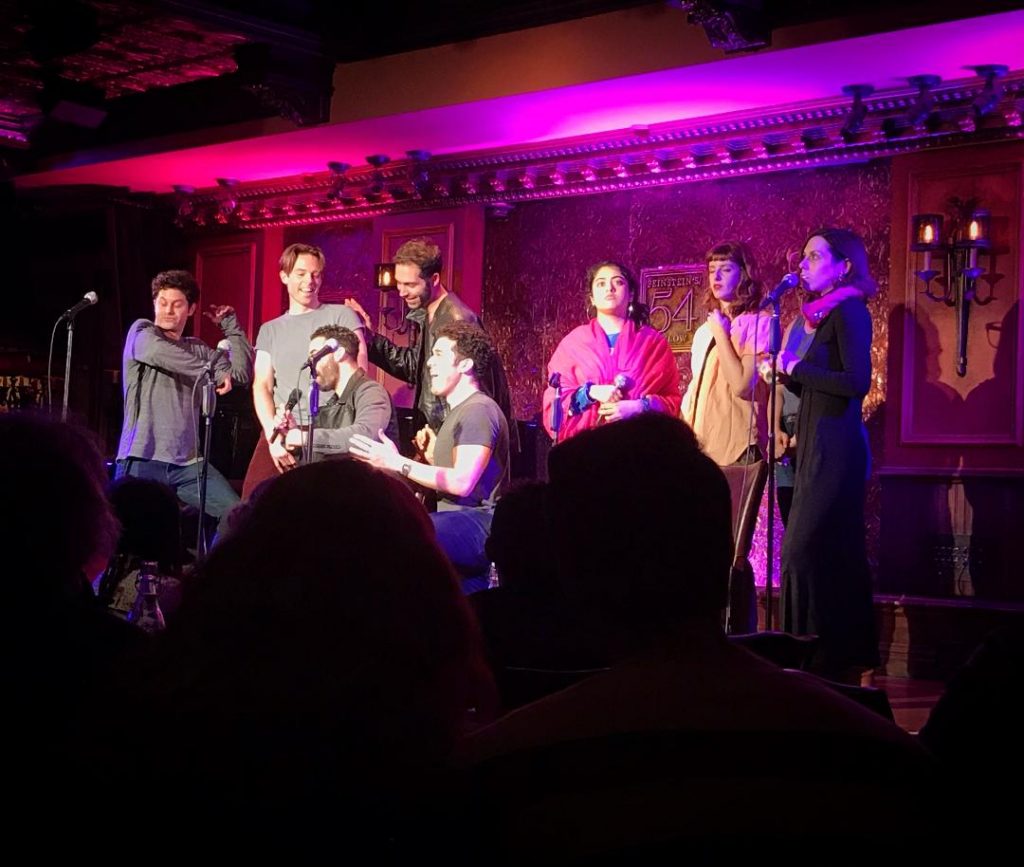 You have four more chances to have an uproarious, Broadway-and-comedy-filled weekend because SHIZ is doing monthly shows through May at Feinstein’s/54 Below. Upcoming performances are Friday, February 15; Saturday, March 16; Friday, April 19; and Friday, May 17. All shows are at 11:30pm.