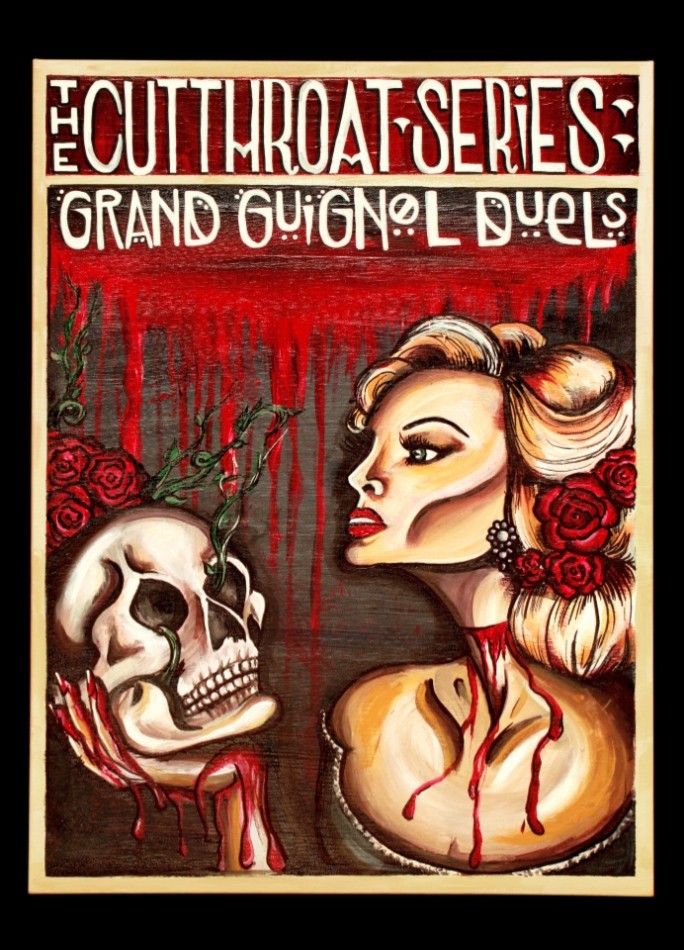 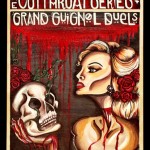 For those of you reading this who might be intrigued by the erotically charged, gruesome photos… but have no clue to what ‘The Grand Guignol’ is – I urge you to take the time to do some homework. A simple Google search will unearth more than enough to get you started. In doing so, you’ll learn that while our ‘blood thirsty’ appetites for gore, horror and suspense have been satiated for well over one hundred years in America on film – the French and Europeans were doing it long before us, live on the legitimate stage.

An avid lover of ‘The Grand Guignol’ and a staunch believer that it has never truly found its rightful ‘niche’ here in the United States, it fills me with blood curdling joy to report that ‘The Flea’ has just unearthed what looks to be one of the best extended series of ‘Grand Guignol’ plays our Manhattan metropolis has ever seen. A strong acting ensemble of ‘Bats’ do these plays proud. In addition stellar direction, costumes and set design all join to create some truly solid, memorable work onstage. Here is the crimson skinny!

THE CUTTHROAT SERIES: GRAND GUIGNOL DUELS
‘Gore’ running September 23 through Oct 5th. ‘Cruelty’ running October 17th through 25th.
‘Night Terror’ running November 18th through December 3rd, ‘Lust’ December 12th, through December 22nd.
These turn of the century French plays alternate between ghastly horrors and carnal comedies to create a gripping, deplorable evening of theater. To add to that thrill, audience members will vote on their favorite play from each of the four pods (subtitled Gore, Cruelty, Night Terror, and Lust) and the winners will return for an extended run in January 2015. 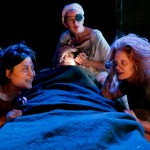 MADHOUSE (Horror)
By Andre de Lord & Alfred Binet. Adapted by Corbin Went.
Directed by Ria T. DiLullo with Costume Design by Travis Boatwright and Fight Direction by Alex Gould. Featuring William Barnet, Emilie Bienne, Lillith Fallon, Kristin Friedlander, Glenna Grant, Ashton Muniz, Leslie Erin Roth, and Yoanna Wei. Louise is about to be released from the insane asylum. All she has to endure is one more night. We will find out, is she crazy or sane? 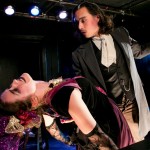 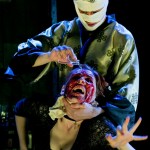 THE FINAL KISS (Horror)
By Maurice Level.
Directed by Chongren Fan with Costume Design by Emma Lipshutz and Fight Direction by Alex Gould. Featuring Alec Gaylord, Shane Hall, Olivia Jampol, and Sonja O’Hara. Henri has been horribly disfigured by his ex-fiancée Jeanne in a brutal acid attack. She visits him to ask for his forgiveness but all he wants is one final kiss.

THE CUTTHROAT SERIES: GRAND GUIGNOL DUELS – GORE runs September 23-October 5.
Visit The Flea website link to find dates for the next three Grand Guignol installments!
The Flea Theater is located at 41 White Street between Church and Broadway,
three blocks south of Canal, close to the A/C/E, N/R/Q, 6, J/Z and 1 subway
lines. Tickets $15 – $35 with lowest priced tickets available on a first-come,
first-served basis. They can be purchased by calling 212-352-3101 or online at
www.theflea.org.