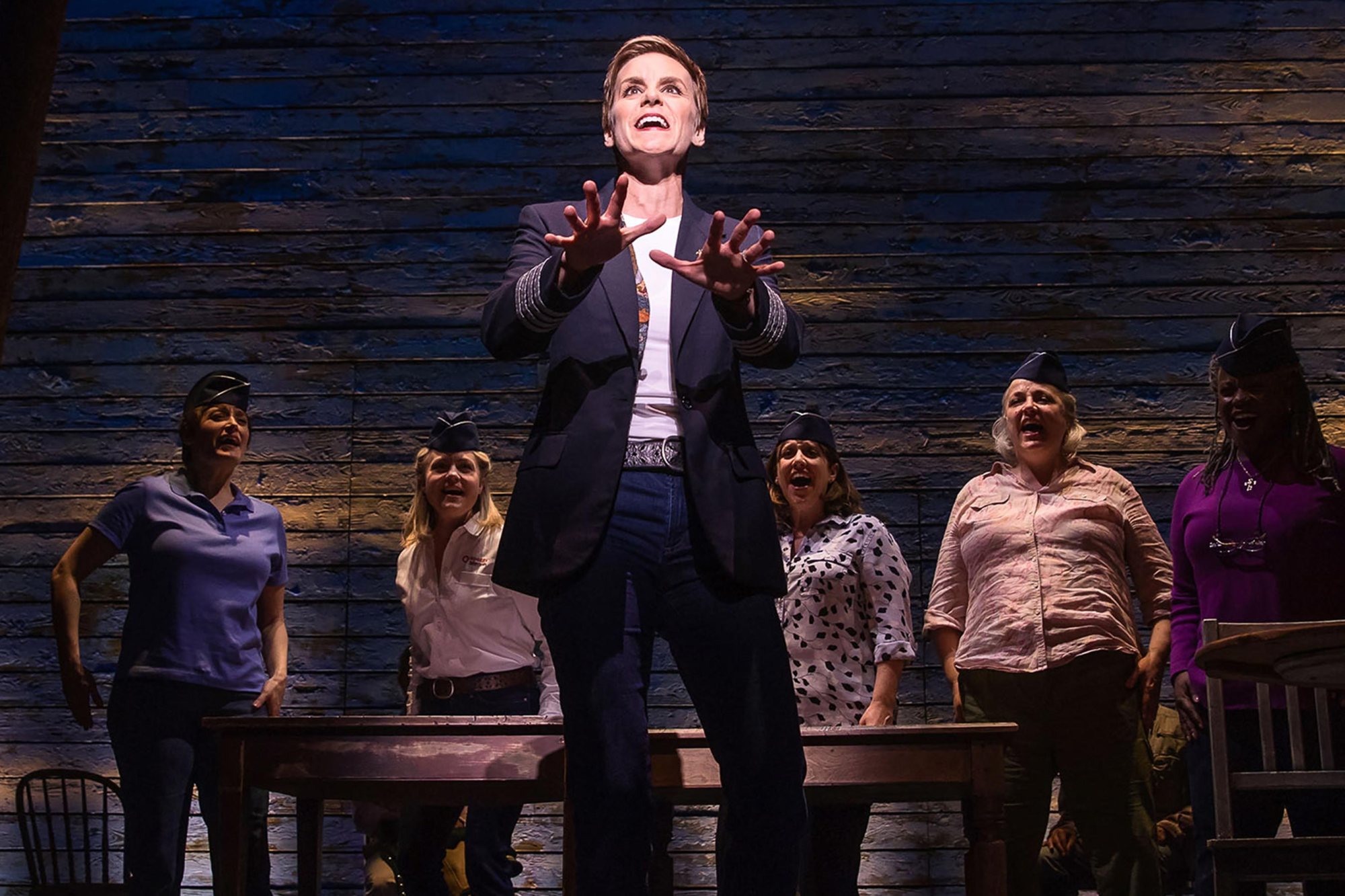 Some Tony Talk Plus A Look at The Inspector General The last thing you want to read is yet another column of Tony predictions by people who are no better at guessing than you are. So, we’ll spare you…

Oh, but we did pick up an interesting tidbit during the theater award season run-up to the Tony’s that might give you some perspective: when the creators of Come From Away began their interviews in Newfoundland, one of the good people up there asked them, incredulously, “You want to make a musical about how we gave people sandwiches? Good luck with that!” If that little nugget doesn’t compel you to appreciate the brilliance of the book by Irene Sankoff and David Hein, nothing will. And let’s not forget that it’s an original musical; not many of those these days, either.

But this next observation is one that all of us should have made: In most of the major categories, the nominees are all so award-worthy that it doesn’t much matter (except to them) who wins. This has been a genuinely terrific season, with wonderful new plays, new musicals, and revivals. In fact, the season is so strong that it already contains the early frontrunner for next season’s Tony Awards, The Band’s Visit (not to mention it’s female star, a likely Outstanding Actress in a Musical nominee, Katrina Lenk). Ah, but already we’re getting ahead of ourselves. About this season, well, it’s a theater season that both theater people and theater audiences should relish and enjoy. After all, in what possible season would Patti LuPone and Christine Ebersole be underdogs?

But now let’s just have some fun – and fun you will have – if you go see the riotously hilarious Red Bull production of The Inspector General at The Duke on West 42nd Street. What you’ve got is a clever adaptation of Gogol’s classic comedy by Jeffrey Hatcher, directed with an anarchic Marx Brothers sensibility right out of Duck Soup by Jesse Berger, and an A-List cast of comic actors getting the absolute most out of every scene. If you grew up, as we did, on the Danny Kaye movie version of The Inspector General, there is always that first hurdle of the star needing to make the character his own. Not a problem. Michael Urie is delicious in the role. He is, in fact, going back to the Marx Brothers comparison, a seedy lothario with an endless stream of wise-cracks, much like Groucho, a mischievous imp who chases women and happily steals things, much like Harpo, and he even has a nutty piano playing scene so there’s your Chico. And when he needs to be a straight man for his comic co-stars, he can give you some Zeppo Marx, too. Not bad being all four Marx Brothers rolled up in one laugh-out-loud role.

Not that he needs it, but Mr. Urie gets plenty of help in the comedy department with the likes of brilliant veterans Mary Testa, Michael McGrath, Arnie Burton, and Stephen DeRosa, plus a charming young comedienne named Talene Monahon.

This endlessly relevant comedy about greed, corruption, avarice, power, and many other dark human flaws, moves at mock speed, never flagging or failing. Simply put, this classic play is being showcased in a classic revival. It plays through June 24th. Not to be missed! 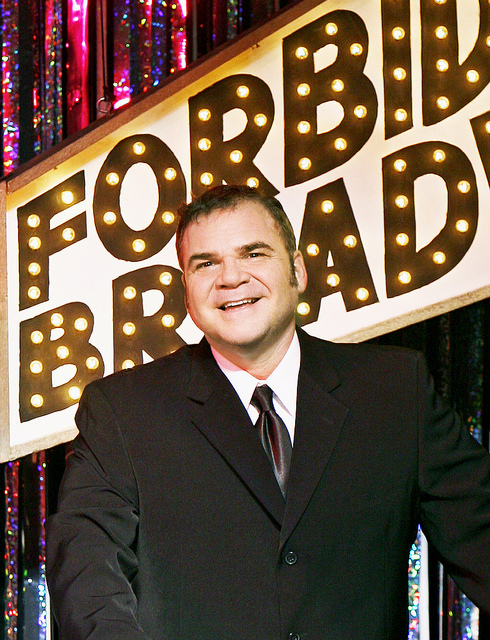 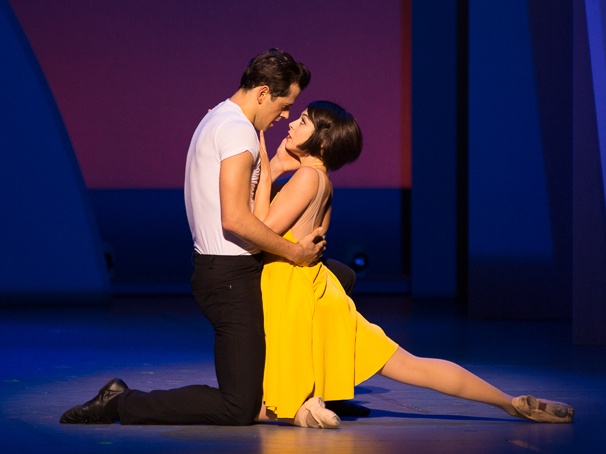 Was This a Good Season? – The Siegel Column 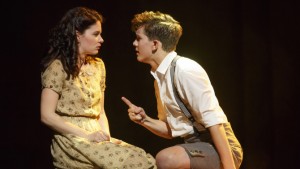 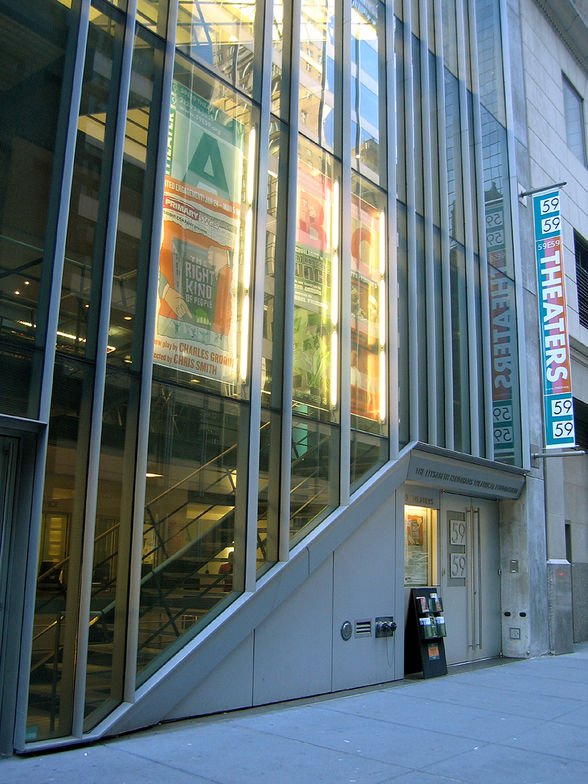