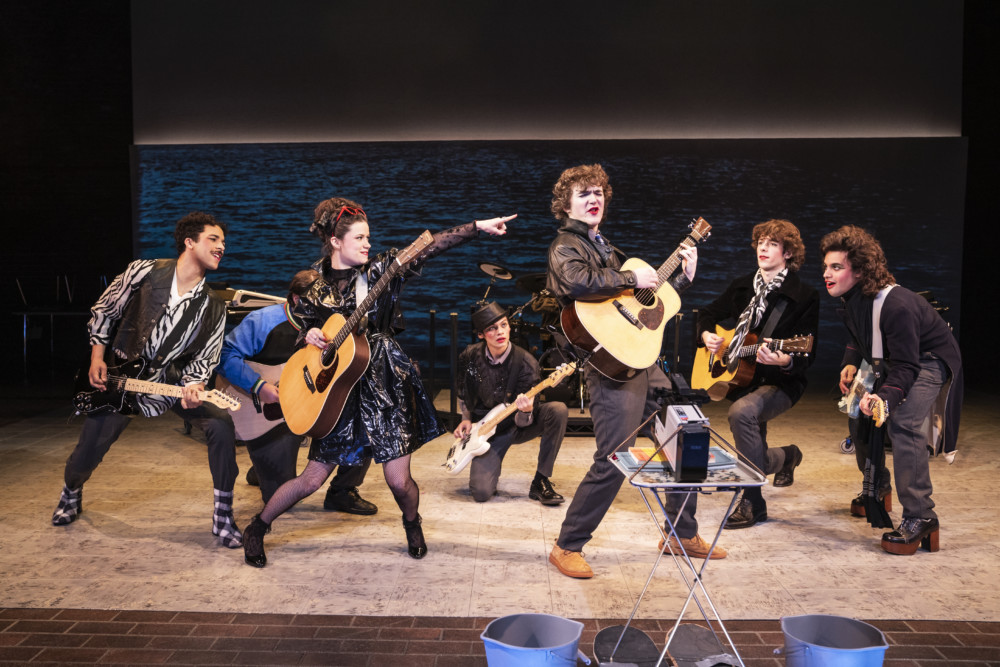 I did not see the 2016 movie, Sing Street, written and directed by John Carney (also responsible for the somewhat similar Once), before visiting the new musical based on it at the New York Theatre Workshop (NYTW). The show, with a book by Enda Walsh (who did the same job for the stage version of Once), is a modestly entertaining, sentimental, inspirational/aspirational one telling a rather conventional story: high school boy overcomes oppressive circumstances by forming his own band. But it felt like something was missing.

Here’s the basic plot: the time is the mid-80s, the place is Dublin, and the economy is depressed. Baby-faced, 16-year-old Conor (Brenock O’Connor) is forced by his squabbling parents, Robert (Billy Carter), an architect, and Penny (Amy Warren), who need to save money, to leave his expensive school and enter a gritty Catholic boys school. There, he has to contend with the sadistic headmaster, Brother Baxter (Michael Moran), and a school bully, Barry (Johnny Newcomb).

Conor, loosely based on Carney himself, overcomes all obstacles by forming a band with a group of classmates (chief among them the versatile Eamon [Sam Poon]). Creating the band, in fact, is Conor’s ploy to attract Raphina (Zara Devlin), a beautiful, wiser-than-her-years, aspiring teenage model, seesawing between happiness and sadness. 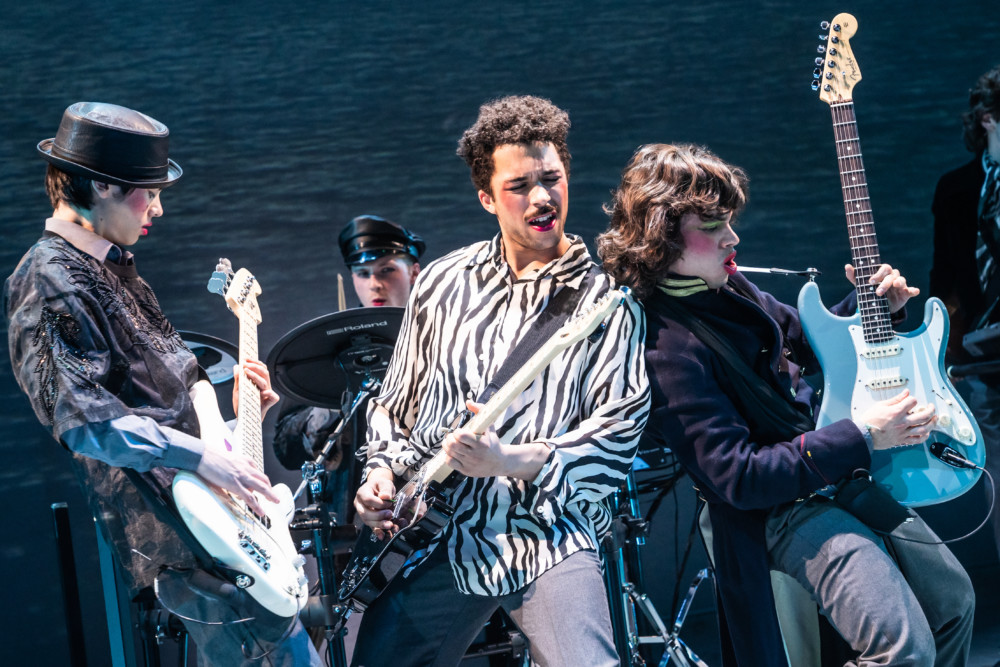 Influenced by the 80s sounds of Duran Duran (listen for “Rio”), Depeche Mode (“Just Can’t Get Enough”), and the like, and helped by his withdrawn, musically knowledgeable, older brother, Brendan (Gus Halper), Conor morphs into a talented, makeup-wearing front man and songwriter. His band is called Sing Street, a pun on the school’s Synge Street location (named for playwright John Millington Synge).

With his parents breaking up, his architecture-student sister Anne (Skyler Volpe) getting fed up, and his brother so depressed he’s unable to leave the house, Conor—with Brendan’s support—escapes to London with Raphina on his grandfather’s small boat.

Director Rebecca Taichman (Indecent), working with choreographer Sonya Tayeh (Moulin Rouge) on a typically bareboned, brick-walled, NYTW set—by the great British designer, Bob Crowley (another Once alumnus), who also did the excellent costumes—moves the action forward swiftly, using minimal props. The dominant image is a projection of the Irish Sea, the ultimate obstacle Conor will have to overcome in his quest for personal and creative freedom.

Discovering that the film could be streamed, I watched it afterward and got caught up by the story, characters, and music (by Garry Clark and John Carney) far more grippingly than during the show. Stripped of the hardscrabble world made palpable by the movie, the show—well performed as it is—seemed too abstract and lacking in nuance.

In retrospect, several actors playing the boys looked too old (they range from 16 to 25), the boys themselves were too indistinctly drawn, and the music never connected with the narrative as effectively as it does on screen. It was the movie, not the show that made me want to listen again to the literate, melodic score.

As a musical, the show goes beyond the movie in providing songs for everyone to sing, either solo or with others, not just the members of the band. Even Brother Baxter sings, as does Raphina, who performs with the band; the movie views her simply as window dressing for their music videos. Toward the end, Brendan himself breaks with his own big number. 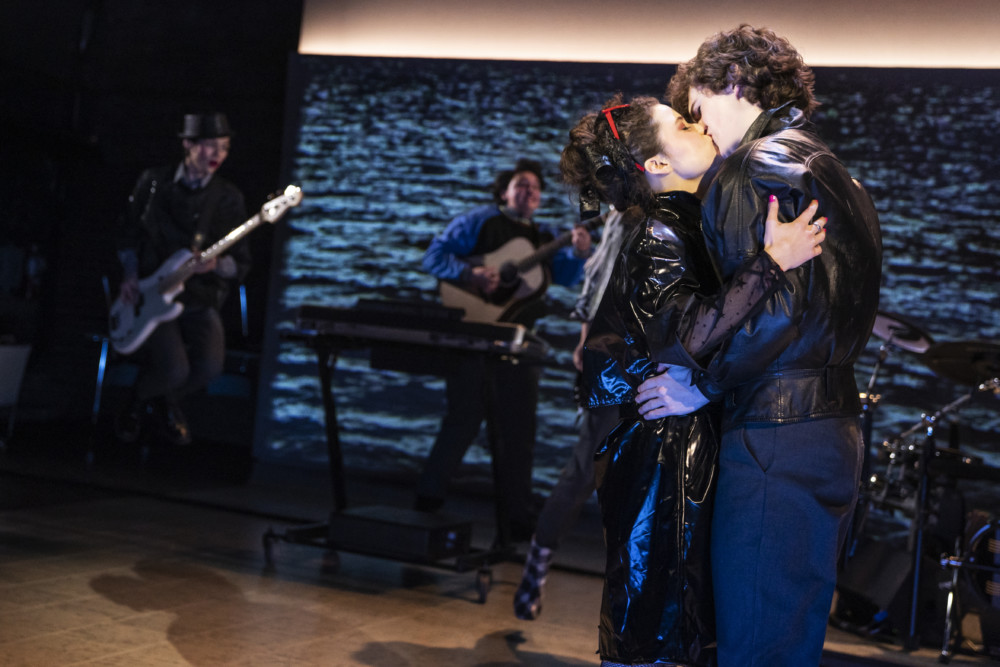 Walsh’s script makes several other changes, like omitting the African-born musician Ngig, and adding Baxter’s threat that he’ll report Eamon’s band involvement to his unsympathetic father. Barry, who becomes the band’s bouncer in the movie, actually joins the band in the show, a less satisfactory resolution for him. And, while the show retains the devotion of the boy-manager, Darren (Max William Barton), to making music videos, it fails to display the results, so memorable in the movie.

The stage’s limitations vis à vis the film are particularly apparent during the big “Drive It Like You Stole It” number, so imaginatively fantasized on the screen, and so mundane in this production. Nor does the show do much, unlike the movie, with the multiple costume, hair, and makeup homages to rock-star styles Conor attempts as he tries to find his own.

There are 15 outstanding performers in the show, not to mention a pet rabbit, the responsibility of go-to trainer William Berloni, who also looks after the goat in Halfway Bitches Go Straight to Heaven. Among humans making the sharpest impressions are Martin Moran, as the cruel, chain-smoking Baxter, and Gus Halper, vaguely resembling a young Mick Jagger, as the cynical Brendan.

Brenock O’Connor and Zara Devlin are appealingly charismatic as the juvenile lovers. While I certainly liked them, however, it was the movie’s Ferdia Walsh-Peelo and Lucy Boynton with whom I fell in love. 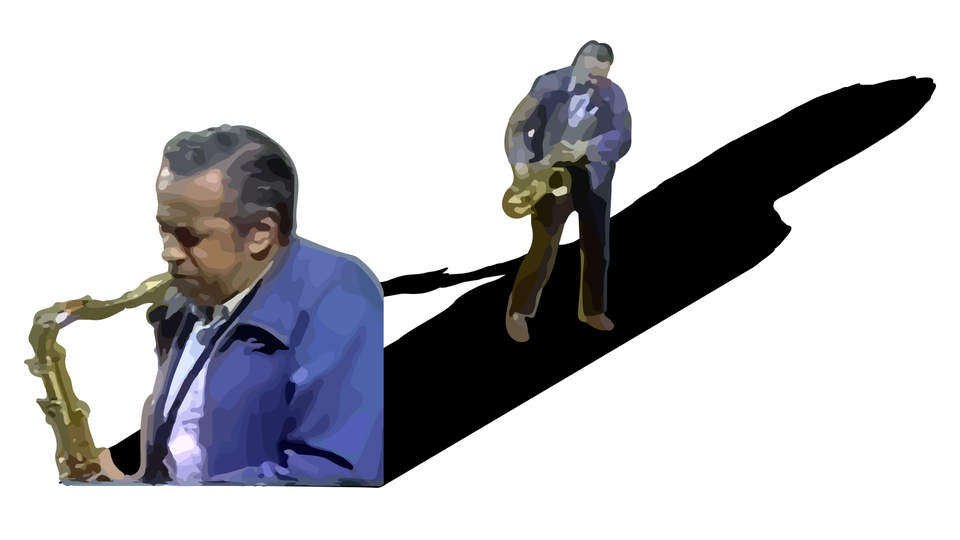 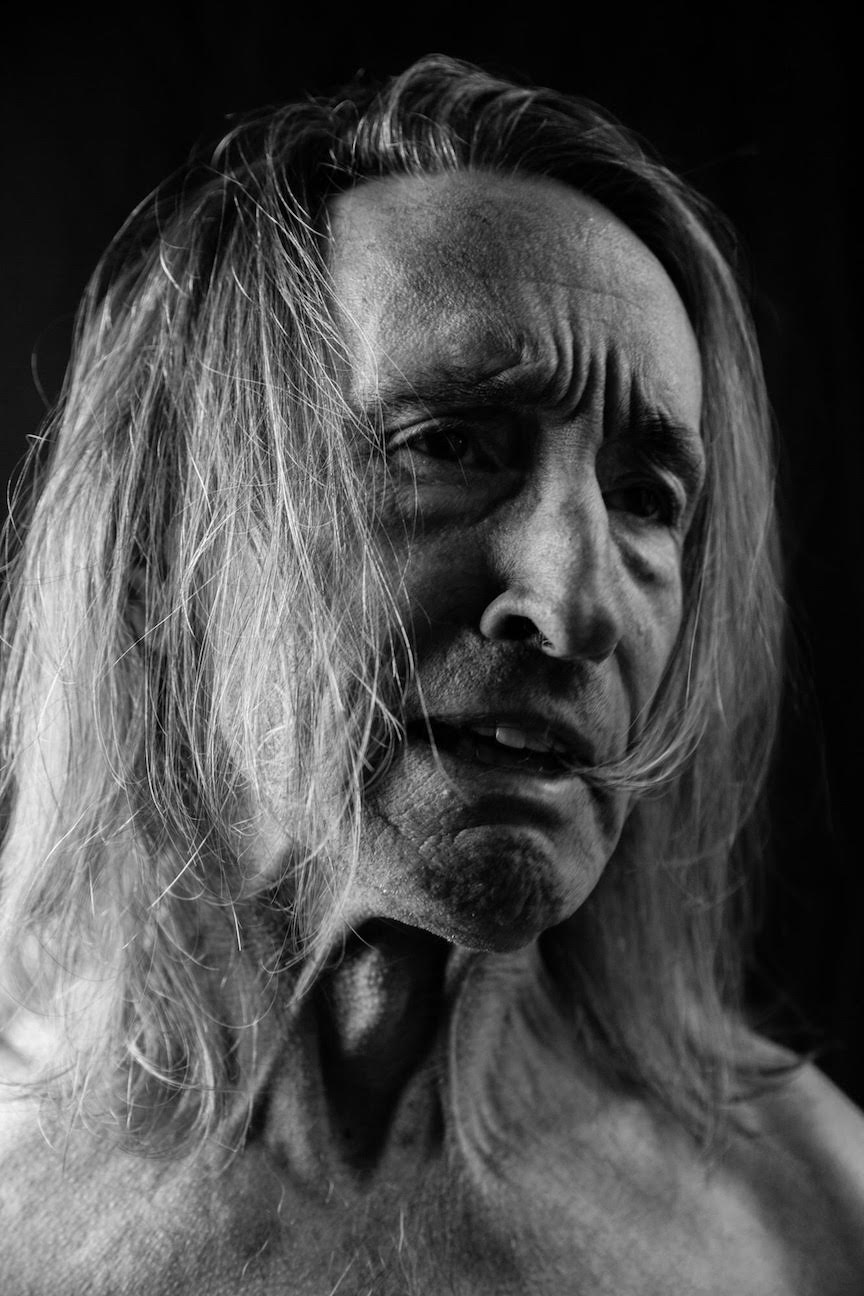 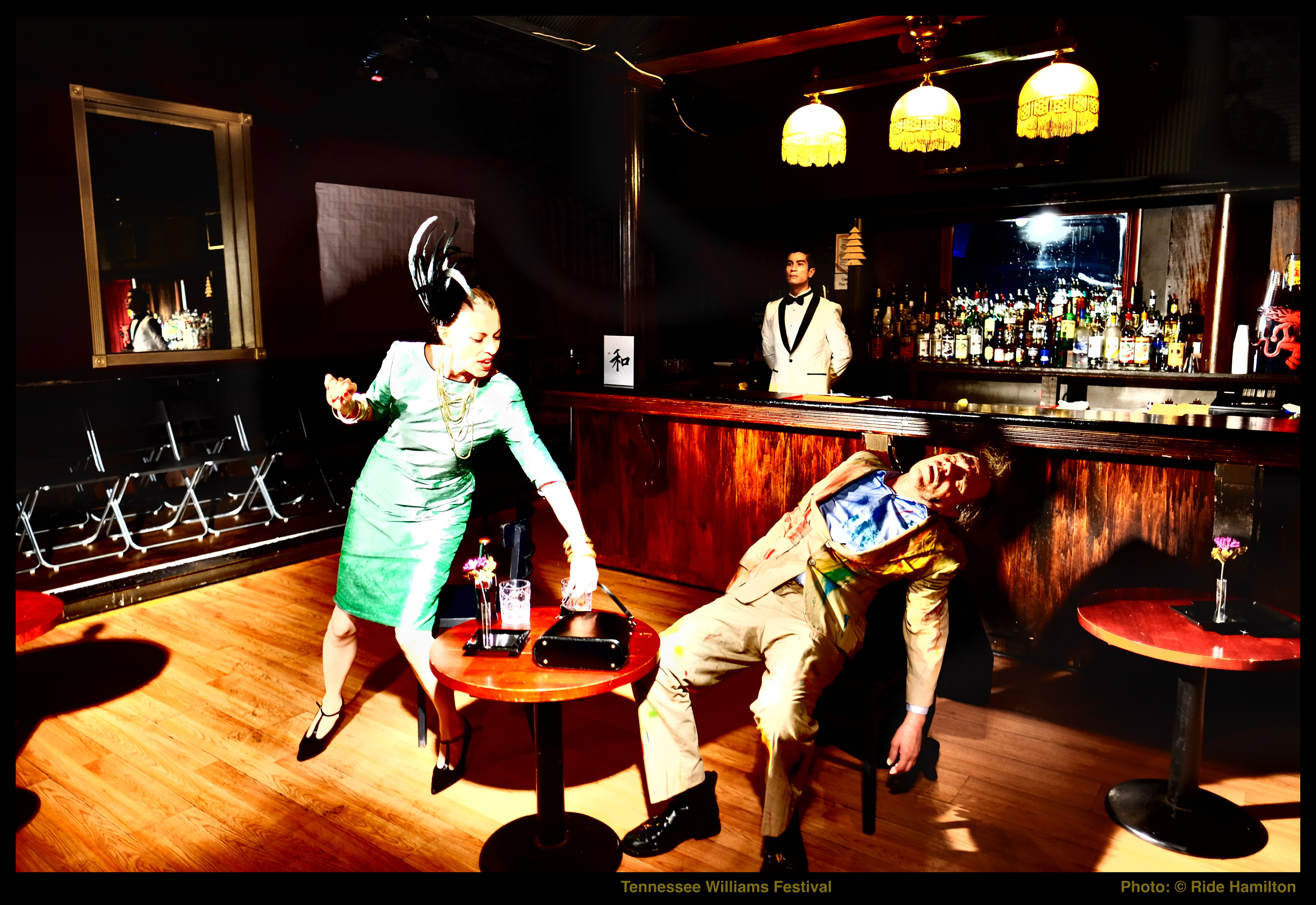