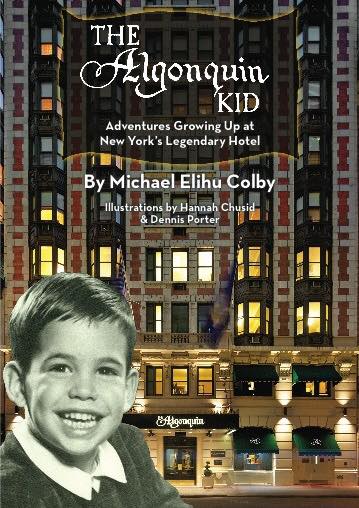 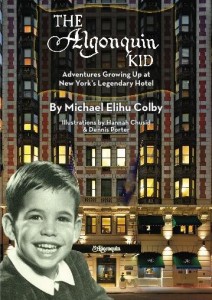 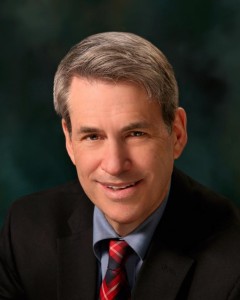 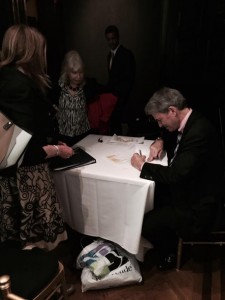 Remember the fictional Eloise, who ran amok at the Plaza Hotel in a series of children’s books by Kay Thompson? Librettist/lyricist Michael Colby (Charlotte Sweet, Tales of Tinseltown) calls himself a real life Eloise. Only the hotel he roamed as a child was the equally legendary Algonquin.

Colby’s grandparents, Ben and Mary Bodne, owned the hotel from 1945 to 1987, and young Michael spent much of his time surrounded by legendary writers, actors, and composers, many of whom created their iconic works while staying at the hotel. He recounts his adventures in his recently published book, The Algonquin Kid.

On June 18, Colby read excerpts from his memoir at another New York landmark, the National Arts Club. Because so many of the Algonquin’s guests were composers, the event also included many of the works by those composers, sung by Bethe E. Austin, Eric Michael Gillett, Christine Pedi and Jeff Keller, all veterans of musical theater and cabaret. They were directed by Michael Lavine at the piano. 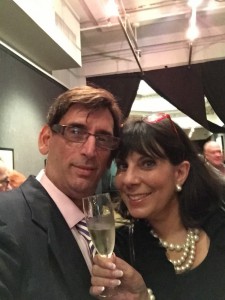 And so the audience not only learned about the adventures of Noel Coward, they also heard Keller sing Coward’s “If Love Were All” and Pedi interpret his “Don’t Put Your Daughter On The Stage Mrs. Worthington.” If Lerner and Loewe wrote My Fair Lady at the Algonquin, at the National Arts Club, the audience heard Keller sing “On the Street Where You Live.”

Colby’s book is packed with funny anecdotes, many of which first appeared on Theater Pizzazz in an on-going series. But some of them came to him secondhand. One incident he really regrets not witnessing is the time Marilyn Monroe gave his grandmother a glimpse of what she was wearing under her full-length white mink … nothing at all!

In many ways, the Bodnes were ahead of their time. The Algonquin welcomed black performers like Ella Fitzgerald and Oscar Peterson at a time when this was not the case in many other establishments. The Algonquin was also home to many blacklisted artists such as Zero Mostel, Lillian Hellman and Ring Lardner during the McCarthy era.

On a happier note, the Oak Room, which became a supper club in the 80s, helped launch the careers of people like Michael Feinstein and Harry Connick Jr. Julie Wilson, KT Sullivan and John Pizzarelli all performed at the the Oak Room. Although it shut down in 2012 under its new ownership, Colby (like many others) hopes the Oak Room may someday reopen, if only the hotel’s corporate owners see the light.

Times may change, but nothing can tarnish Colby’s bright memories of his grandparents’ hotel, all of which are brought back in The Algonquin Kid.