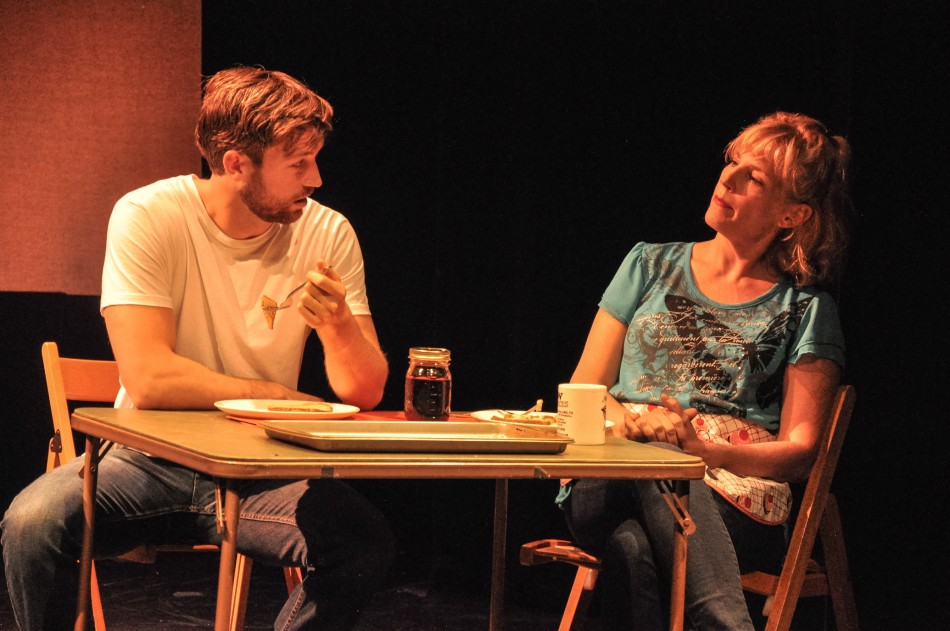 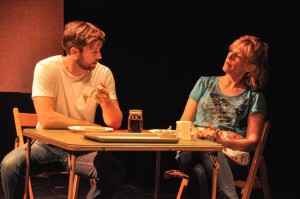 Single Wide, one of the many offerings of the 2015 New York Musical Theatre Festival, is a genteel variation on the country-western/trailer-trash genre. Written by George D. Nelson (book and additional lyrics) and Jordan Kamalu (music and lyrics) takes the oddball, outspoken characters that usually live in such venues and portrays them with warmth and depth.   Although one character does come perilously close to being actually trashy, she redeems herself admirably. The good guy gets the good woman and there’s light at the end of all their tunnels. 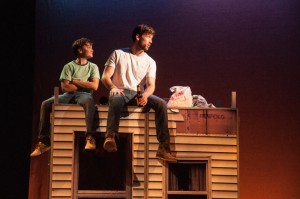 Recent examples of this genre, both fine in their own right, were the more complex Airline Highway and Hands on a Hard Body. Messrs Nelson & Kamalu decided to focus on just a few characters and reveal their inner hopes and dreams. Not an unheard-of idea, but this time handled with a light touch, their songs a mixture of country/western, pop ballads, rock and upbeat dance tunes, all choreographed with a natural feel by the director Jeff Whiting, who got colorful, but not clichéd performances from the cast.

Katy (a sweet-voiced, earnest Emma Stratton) is a single mom of 11-year old Sam (Matt Miner, a young, winner) and the daughter of single mom, Amanda (a lusty, down-to-earth Stacia Fernandez). Katy has hopes for the future and is studying online for a degree. They live in a trailer camp, well designed by Jason Ardizzone-West, also occupied by mysterious newcomer Guy (hunky, big-voiced Derek Carley) who’s harboring a secret or two that makes him the object of lusty admiration of Flossie (voluptuous, funny Jacqueline Petroccia), the local loose lady, her sister Freddi (sweet Maya Landau) and her bff Ali (quiet, intense Alex Lanning), but most especially Katy. Sam befriends Guy and works hard to match his new buddy with his mom. McClain Nelson plays Bodie, who represents all the men in Flossie’s busy love life and manages to make each a little gem.

There is a sweetness to Single Wide that works for and against it. It could be grittier, but these eight actors make their characters fascinating. They sing the score unabashedly, squeezing out every nuance. 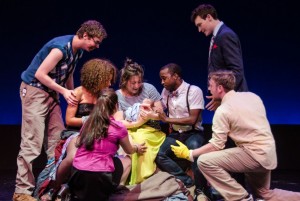 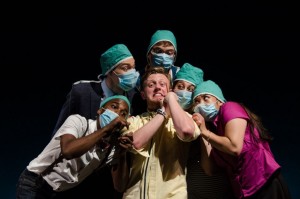 On the other end of the NYMF spectrum is Held Momentarily, a very urban, New York musical comedy/drama which takes place on a Subway car, stalled indefinitely in the bowels of the City. Despite the fact that they’re a batch of self-involved New York types they unite to help a needy passenger.

Written by Oliver Houser (books, music, lyrics), with additional material by James Zebooker & Hunter Bird, choreographed cannily by Ben Hartley and directed with a firm sense of timing by Harry Shifman, Held Momentarily is an acerbic portrait of a NYC microcosm. We get the back stories of each character, but one, in flashbacks in the form of songs.

Nerdy Greg (James Zebooker, perfect in his injured befuddlement) has an unsuccessful internet-based date with yoga-mat-carrying Mindy (Geena Quintos, whose discontent is wonderful to behold). They wind up on a subway train occupied by Stan (youthful Jordan Barrow wearing his heart on his sleeve), a gay guy having boyfriend trouble; Liam (a quietly forceful Ciaran Bowling), full of medical knowledge which comes in handy; Cal (author, Oliver Houser), a walking nerve ending in a business suit; Sam (an exuberant Yael Rizowy), a very pregnant lady jilted by her disgusting boyfriend; and the calm center of the bunch, homeless bag lady Asherah (a charismatic India Carney) who inadvertently guides them all to help poor Sam as she gives birth, changing chaos into cooperation. Asherah is the mystery lady. She never explains anything about her.

The songs range from the blind date tale, “I Know” to the two songs given to Asherah, “If You See Something (Say Something), a witty version of that announcement and “Everything,” a moving, spiritual-like reverie on birth and motherhood that gets the cast to cooperate. “We’re in Love,” sung by Sam and Stan tells of the compromises of relationships. “One Lurch,” the finale, gets the formerly trapped group going on their way.

Held Momentarily takes a knowing look at urban types under stress. There’s a slight feeling that the characters are an arbitrary lot, but the author makes them feel as if they belong together and entertains at the same time. 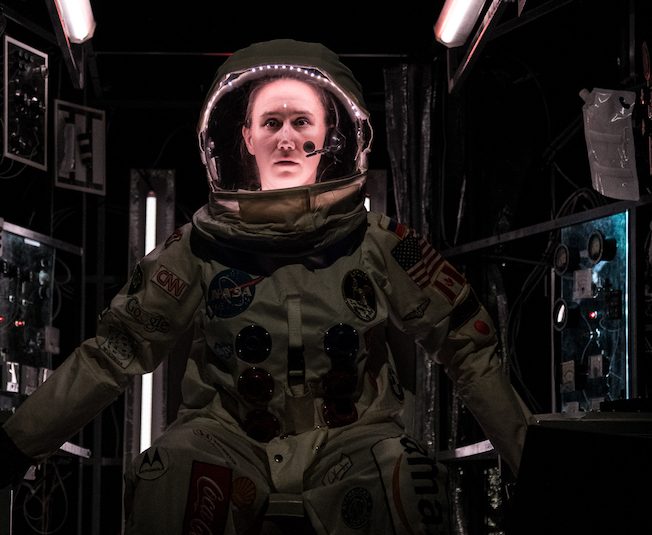 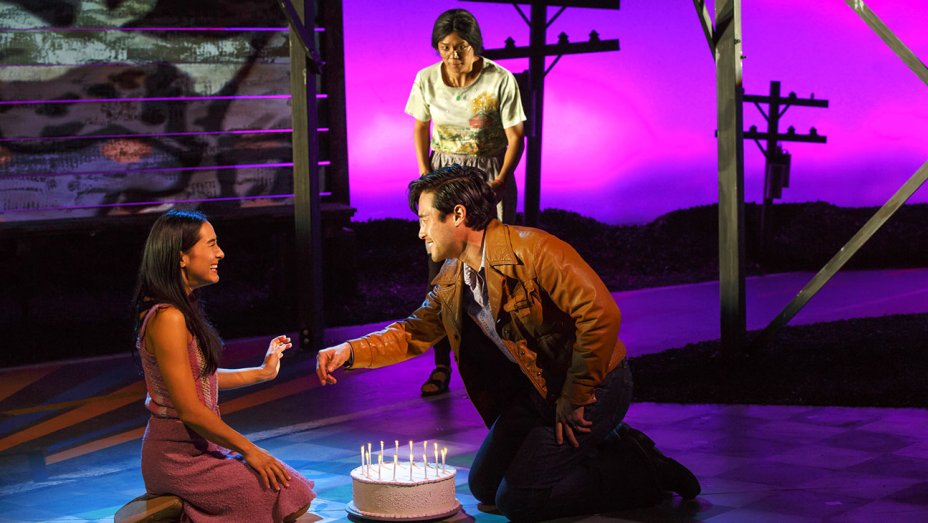