What! Idina Menzel in a biting comedy without a note to sing? Well, it happens and luckily it happened in Joshua Harmon’s (Bad Jews, Significant Other, Admissions) continuing exploitation of neurotic Jewish families. As wont to happen, Menzel’s Jodi Isaac, a 40-something lawyer, has flown clear cross country for some hugs and understanding from her dear old dad Elliot (a suave Jack Wetherall), a multi multi millionaire fashion designer (think Calvin Klein), living in an exquisite modern townhouse on Horatio Street in the Village (Lauren Halpern’s minimalist design) after her ex-husband Jack decided to throw a pre-wedding party with his big breasted 24 year old spinning instructor wife to be, inviting all their mutual friends. But that’s not the only reason she’s there; it’s also Elliot’s 70th birthday – -time for family to get together to celebrate. Ha!

Jodi is queen of uncontrollable ranting and raving, as whatever is on the brain comes pouring out relentlessly when she is confronted with Dad’s icy manner and his latest paramour-partner, 20 year old southern hunk Trey (Will Brittain) who refers to Elliot as ‘babes.’ Trey is possessed of few social skills nor much brain power as he orders the servants – Jeff (Stephen Carrasco) an ex-lover; and wry Hungarian maid Orsolya (Cynthia Mace) about in his brash, unlikeable manner but looks real good sporting a jock strap.

Jodi immediately takes a dislike to him and holds back nothing as she berates him and lets him know he’s not part of the family. Joining in the fray is Jodi’s gay, entitled brooding schlep of a son Benjamin (the very humorous Eli Gelb), on a break from college where he’s a queer studies major in Hungary. But nothing affects Elliot who is entranced by Trey’s youth and only wishes he could make sheets out of the soft satiny feel of Trey’s skin.

Taunts and insults fly, as the angered banter centers mainly on sex and body parts throughout the two hour 15 minute unstoppable frenzied fun-filled, albeit sometimes sad, story that puts age, beauty and lust at the top of the heap and where superficiality is the name of the game. There’s even a Botox moment. . . for Elliot, Trey and Orsolya!

Menzel is delicious as a comic, and Brittain’s quiet classlessness adds a lot of spice. Daniel Aukin is a genius at directing these proverbial dysfunctionals who will rile you at times and get your blood boiling even as the jokes fly. But if you’re seeking a plot, you’ll have to look far and wide. 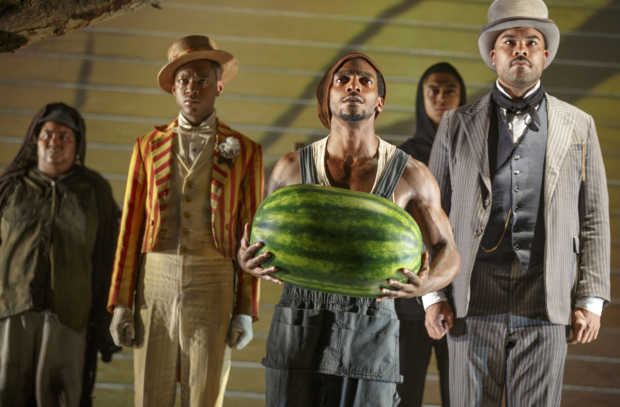 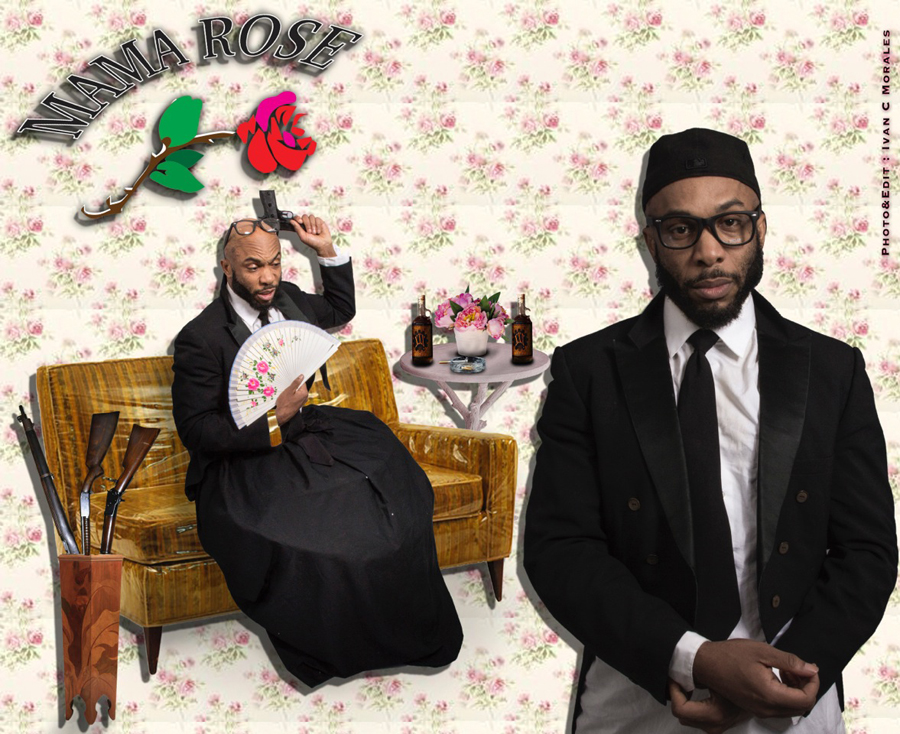