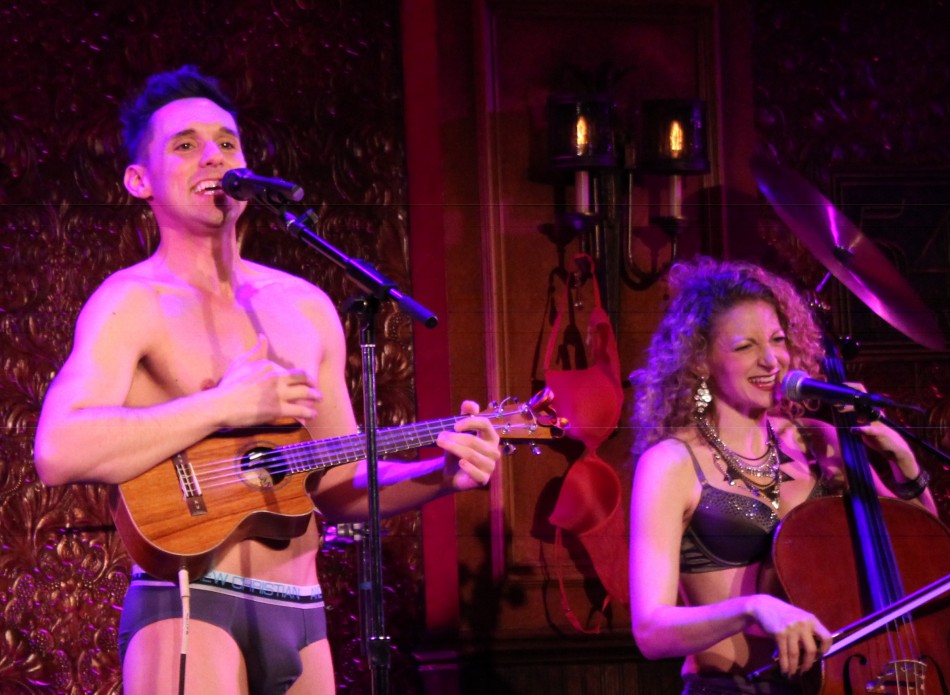 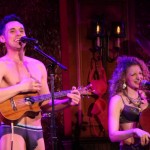 A review by John Weatherford

Nick Cearley and Lauren Molina have created a unique and exciting team which they aptly call The Skivvies.  They are consummate musicians and performers who understand their audience and never disappoint.  They open the show with “It’s Hot Hot Hot in Here.”  So they logically strip down to their skivvies. And, then, they are off to the races. 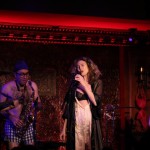 With Shannon Ford on percussion and Ben Golder-Novick on sax they irreverently plow forward with a show filled with humor, inventiveness and outrageous flights of fancy.  Cearley explains that most of their songs are mash ups so they have titled their arrangements using words from the blended material.  “Feelin Kinda Groovy in the Heart” is a clear example of this process. “Stars and Stripes” takes the audience through all the states and, at times, gives a sense of pride in their effort. 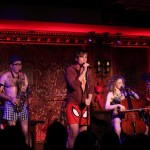 The Skivvies include guests in their shows who are remarkable in their own right.  Saturday night at 54 Below was no exception.  “Get a Job Spiderman” spot-lighted Justin Matthew Sargent from Broadway’s recently closed Spiderman.  He was clad in his skivvies as were all the guests who adorn their shows.  Lena Hall, of Kinky Boots fame and heading for Hedwig and the Angry Inch with Neal Patrick Harris, enthralled the audience with “Bulletproof Titanium.  Her choice of skivvies were vintage in design, albeit enhanced with ear muffs.

Cearley and Molina drove the evening forward with “Video Killed the Radio Star” and the “Shoop Thong Song.”  Ms. Molina is a classically trained singer and musician.  Her power over the cello is impressive and her vocal acuity stunning.  That is not to diminish Mr. Cearley’s mastery over the ukulele and the mouth keyboard.  As for their vocal blend, it is whimsical and distinct.

Guest three for the evening was the impressive skivvies-wearer Zak Resnick from the Broadway hit, Mama Mia.  His song, “Wrecking Ball(s),” was filled with inside humor that was quickly and wildly received by the packed house.  It might be noted that the enthusiastic fans added greatly to the show’s energy and propelled each song to its ultimate height.

One of the true highlights of the evening was Sophie B. Hawkins.  She thrilled the mesmerized mass with her musical genius. From “Whole Lotta Lola” to “As I Lay Me Down” – Ms. Hawkins was sensational.

The Skivvies are a refreshing duo and present a heart-felt amalgam of material.  With a tweak of some of their numbers they could be as well-received by children as they are by the liberal spirits of their current audience.  The Skivvies are more than unique; they are exceptional.  Catch them whenever you can.