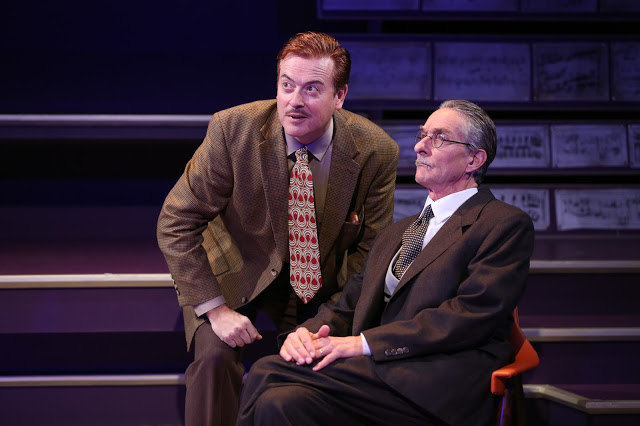 How do two artistic geniuses mute their hefty egos and collaborate? How does such teamwork create a kaleidoscopic, visual masterpiece which spins out stunning music in intuitive, glorious symmetry? In the excellent Small World written by Frederick Stroppel, superbly directed by Joe Brancato, we are given a delicious view of how such a marriage of ideas and personalities between two innovators of the twentieth century might have evolved: it doesn’t. It is only after both have passed into the afterlife, that they are they able to put aside their alternating currents of brilliance and enjoy each other’s company to facilely create a work together.

The artists Stroppel lovingly presents are Walt Disney (Mark Shanahan) and Igor Stravinsky (Stephen D’Ambrose). Their exceptional perspectives about the creative process, commercialism, artistic standards (what makes a work of art immutable) are examined in a fantasia of ideas which explode into arguments of point and counterpoint and become melodies in and of themselves. The resulting light comedy Small World about how Disney employs Stravinsky’s music from his ballet ‘The Right of Spring” for the groundbreaking feature animation Fantasia, makes for an enjoyable evening of fun.

Disney was introduced to Stravinsky’s “The Rite of Spring” by famed classical conductor Leopold Stokowski who had seen “The Rite of Spring” performed in Europe, fell in love and then some years later conducted it in America. Upon hearing the music in 1938 Disney was enthralled and imagined “The Rite of Spring” to be the striking music to which he would choreograph a number of animated visualizations. One of the most chilling portrays how T-Rex terrorizes a community of dinosaurs then attacks and kills a Stegosaurus who slowly, sadly dies.

From the characters’ heated interactions in Small World, we discover that though Stravinsky’s music was in the “public domain,” Disney paid a small ransom of $6000 (in today’s value $100,596) for its use in the film. Was Stravinsky pleased with his controversial and maverick work (it received boos when it was first performed) being employed as a cartoon feature portraying the evolution of the planet, the clash of titan dinosaurs and their sorrowful extinction?

Well, the production is Stroppel’s humorous take on Stravinsky’s view and the at times volcanic interplay between Disney and Stravinsky. The latter proclaims this monumental imbecility will be a looming failure precisely because it melds high-brow classical pieces (from works by himself, Beethoven, Bach, Schubert, Tchaikovsky, Mussorgsky) with low-brow, silly, animated animals including star performer Mickey Mouse as the sorcerer’s apprentice. Quelle horror! (Stravinsky was finally proven wrong in the late 1960s)

Stoppel reimagines Disney and Stravinsky in conference and confluence as two diametrically opposed forces of nature who cannot be swayed from the intellectual bedrock that grounded them and enabled them to fashion their own topography on the map of 20th century celebrity. Actors Shanahan and D’Ambrose are fine accomplices who adroitly manifest Stoppel’s conflicts and dynamics of characterization.

In Shanahan’s smile, carriage and demeanor we nail down the hope-filled, eternally optimistic innovator of the worldf of animation and paradisal theme parks. We reconnect with well-known details about Disney’s alleged anti-semitism, the sub rosa violence in his cartoons and the rumor that Disney was cryogenically frozen in suspended “animation” so he could be “thawed,” if a cure for cancer was discovered. We also discover more obscure details about his time during WWI when he drew cartoons on his jeep to give hope to the children in war-torn Europe.

D’Ambrose is appropriately fire and ice as Stravinsky, erupting and freezing when Disney crashes his intellect. He takes the “high road” falling back on what we now recognize as the standard argument against commercialism: pure art exists for art’s sake. His notions that to create ineffable art one must bleed, sacrifice and fall into the abyss to produce that which is lasting, are humorously delivered.

The sparks fly, eruptions manifest, embers smolder at the conclusion of the two imagined meetings between Disney and Stravinsky in Small World. After these the men never speak to each other again: Disney dies of cancer, and at 88-years-old Stravinsky joins him. It is in the afterlife during an encounter, they amenably collaborate on another of Stravinsky’s ballets to create a heavenly masterpiece.

Kudos goes to the creative and production teams who made this production a memorable entertainment, from costumes to lighting to the heavenly music. 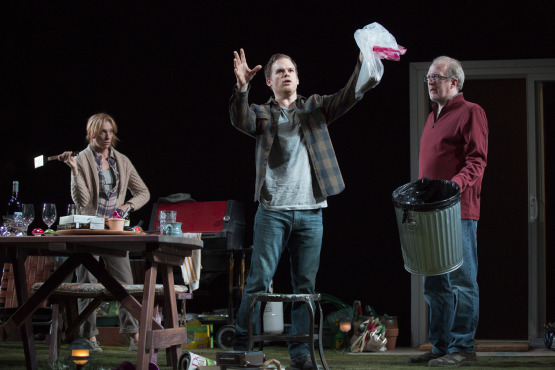 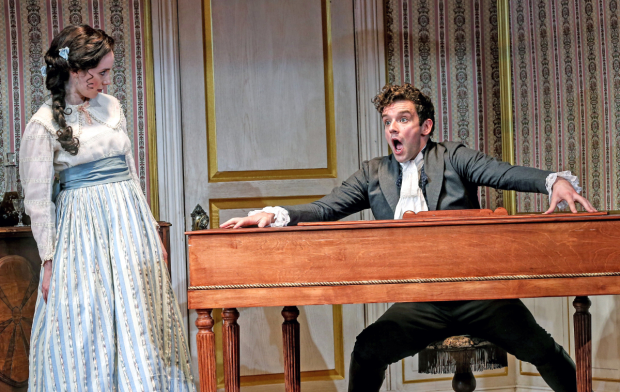 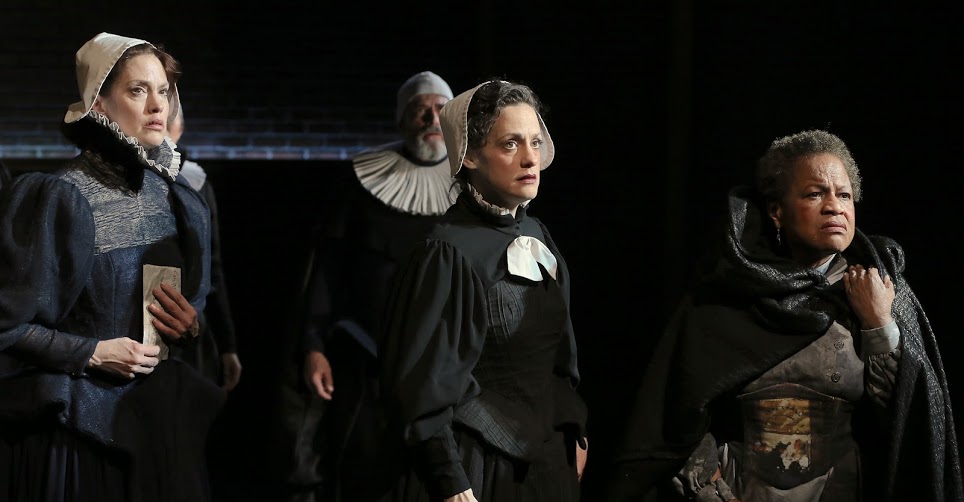