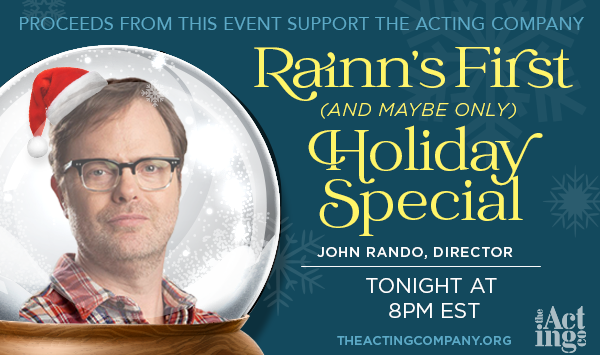 Here are some added treats for you to see during the coming holidays – – stream away!

A Country Christmas Carol “On Air,” The Musical will premiere on Audio Stages, WBAI 99.5 FM on December 19, 2020, at 7pm. Just two days before the release of the show’s Studio Cast Album. Tony award winner Hal Linden (The Rothschilds) hosts and three-time Tony nominee, Terrence Mann (CATS, Les Mis, Beauty and the Beast, The Addams Family) narrates. A Country Christmas Carol, On Air, is presented by Tim Jerome (CATS, The Phantom of the Opera, Tarzan) and MainStreet Musicals as a part of the Audio Stages series on WBAI Radio 99.5FM NYC, Saturday, December 19 at 7 pm EST.www.acountrychristmascarol.com

The broadcast coincides with the first-time release of the show’s Studio Cast Album, available December 21, 2020.  iTunes is offering an exclusive pre-release sale with a discount on the album and three advance tracks available for immediate download on December 19 and 20, 2020.

Czechoslovak-American Marionette Theatre is going full-out fantasy in re-staging its perennial holiday favorite, “A Christmas Carol, Oy! Hanukkah, Merry Kwanzaa, Happy Ramadan.” The company is staging a cyber-only circuit of them December 19 to 30, culminating in a triumphant finale December 31 at Theater for the New City.This toy-puppet theater extravaganza is a new take on Charles Dickens’ classic with a few twists and digressions. It features Vit Horejs, thirty Czech marionettes and an “a capella monumentale” choir of two women. This show is recommended for ages 5 to 105. Admission is free to all performances but donations will be gratefully accepted. Reservations HERE.

Brookfield Properties and Elemental announced the first details of the new 10,000-square-foot entertainment destination and restaurant at Manhattan West, the eight-acre complex Brookfield is developing on Manhattan’s West Side. The venue will feature a new theater space run by Warren Adcock with producers Sue Wagner and John Johnson in charge of creating intimate Broadway experiences. The destination will bring together three interconnected spaces: The Midnight Theater, Hidden Leaf Restaurant, and the Hidden Leaf Cafe. The venue will open summer 2021.

The Lambs was founded in Christmas Week 1874 in New York City, taking its name from an earlier theatrical club in London, England, that honored the essayist Charles Lamb and his sister, Mary, who during the early 1800s hosted actors and literati at their famed salon. The Lambs has occupied 14 clubhouses in New York over the years, with the current clubhouse at 3 West 51st Street offering performance and rehearsal space, meeting rooms, recreational activities, and access to a private pub and restaurant. WWW.THE-LAMBS.ORG

In London – work begins on Her Majesty’s Theatre to prepare for the return of The Phantom of the Opera.