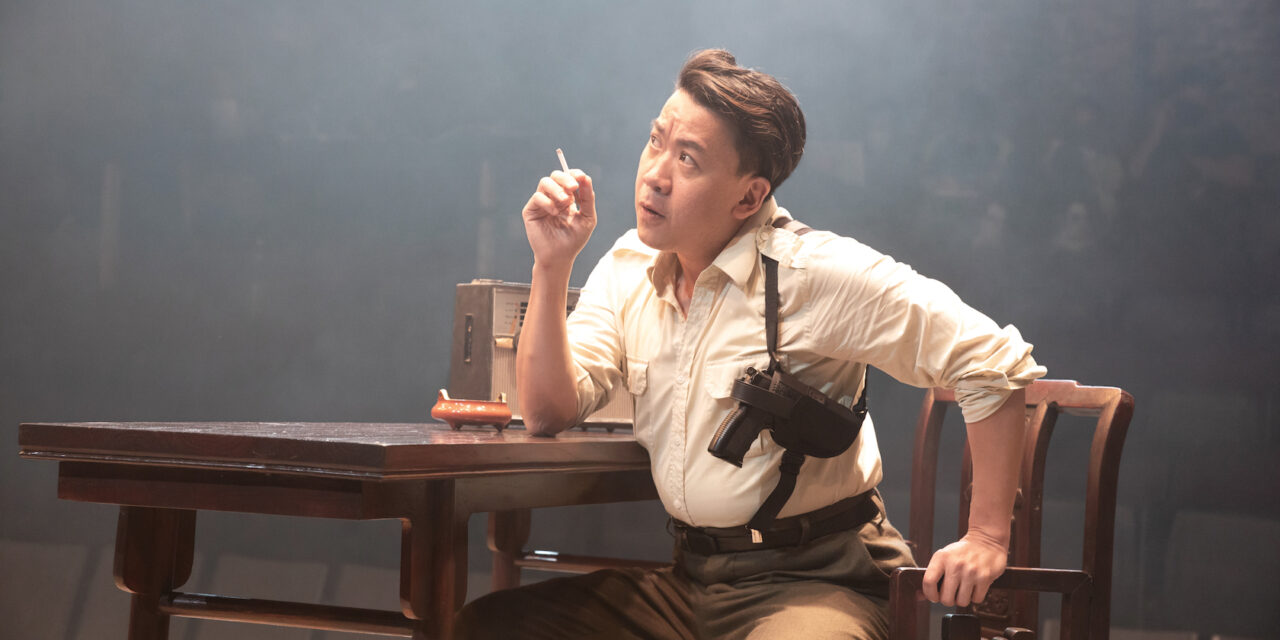 Sometime during the Yuan Dynasty, playwright Guan Hanqing (1241-1320) wrote Gan Tian Dong Di Dou E Yuan—translated as: The Injustice to Dou E that Touched Heaven and Earth. It was a heck of a drama—part ghost story and part morality tale about betrayal, corruption and the quest for honor and justice. It’s still a mainstay of Chinese theater, much in the same way that Shakespeare is revered in the West. In 2017, playwright Frances-Ya Chu Cowhig updated the play as a commission of The Royal Shakespeare company, which debuted it at the Swan Theatre in Stratford-Upon-Avon. Entitled Snow in Midsummer, the play has now received its New York premiere at The Classic Stage Company

The original was fairly straightforward. Cowhig’s adaptation embellishes the play’s original structure, working into her version a wide swath of social commentary relevant to very modern issues of gentrification, gender equality, homosexuality, sexual assault, poverty, stolen children, greed, black-market organ harvesting and climate change. That’s a lot to pack into a work in the guise of a murder mystery with supernatural overtones. Does it work? Yes and no, but mostly no. On the plus side, the cast is committed and works hard to make the most of a convoluted plot. But after a mysterious prologue, there follows a plethora of shotgun scenes that don’t add up to anything that provides a sense of clarity. It’s only in Act Two that the play begins to make sense, as revelation after revelation untangles the confusion of the first act. Consequently, audiences watch an hour’s worth of action without getting much of a clue as to the characters’ motivations. Add to this Cowhig’s didactic dialogue on her numerous points of social reckoning, which further deprive the play of cohesiveness.

In Snow in Midsummer, we learn that Dou Yi (Dorcas Leung) has been framed for murder and rushed to execution. Before a firing squad, she curses the town of New Harmony with three years of drought, which would begin after snow appears in midsummer. She also proclaimed her blood would never touch the ground. This information is alluded to throughout the play, and it’s apparent that all three prophecies have come true. A full revelation about them, though, is not fully disclosed until near the end of Act Two. Early on in Act One, Tianyun (Teresa Avia Lim), a self-made businesswoman, arrives with her adopted seven-year-old daughter Fei-Fei (Fin Moulding), to take over the factories owned by Handsome Zhang (John Yi), son of the murdered man, Master Zhang (Kenneth Lee). Handsome wants nothing more than to begin a new life abroad with his lover, Rocket Wu (Tommy Bo). Throughout the first act, the ghost of Dou Yi stalks the town, roaming around the stage in melodramatic and often hysterical agony, making itself known in many ways, including appearing to (and possessing) Fei-Fei and Rocket.

In Act Two, the three years of drought have wrought havoc. New Harmony has become an unlivable desert—so much so that its inhabitants are about to evacuate. It’s at this point that the disparate plot points of the first act become clear with explanation. And with revelation comes repentance and restitution. The literal heart of Dou Yi has been discovered by Fei-Fei (this is the resolution to the organ harvesting subplot of the play). She plants it in the barren earth with the last living plant of New Harmony. As rain begins to fall, Dou Yi’s quest for justice is satisfied and she will finally have her rest in the afterlife. That would have been a perfect ending. Instead there’s a lecturing monologue by her character, summing up lessons we as an audience should take away. More’s the pity, for this choice deflates the drama of the glorious rain falling and making all wrongs right.

By play’s end, Cowhig’s overburdened and overly ambitious narrative ultimately has diminished the powerful potential of Snow in Midsummer. Action in reality, memory, flashback and non-reality further add to confusion of the story through-line. But the excellent cast of actors each have given their all and deserve kudos for that. Also appearing were Wai Ching Ho (Nurse Wong, Mother Can), Paul Juhn (Worker Chen), Julian Leong (Worker Fang) and Alex Vin (Worker Huang).

Unfocused direction by Zi Alikhan also does Snow in Midwinter no favors. Considered, cohesive staging would have gone a long way to a better understanding of the narrative. Classic Stage Company Artistic Director John Doyle’s fascination with minimalism further adds to the problematic production—apparent in Alikhan’s direction and scenic design by dots. The set is essentially a wooden platform upon which a single table is placed, and moved as needed. It doesn’t convey much, and relies instead on the use of props to give the many scenes definition. 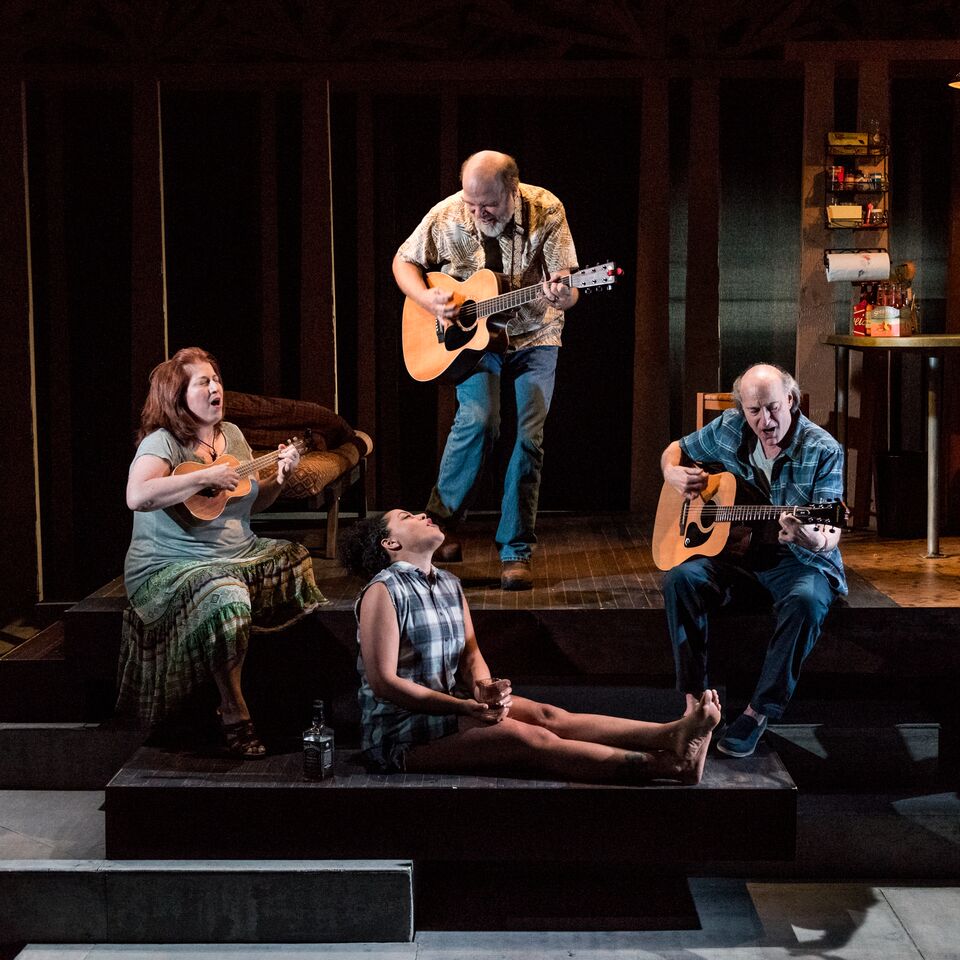 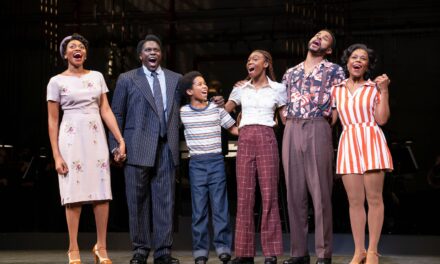 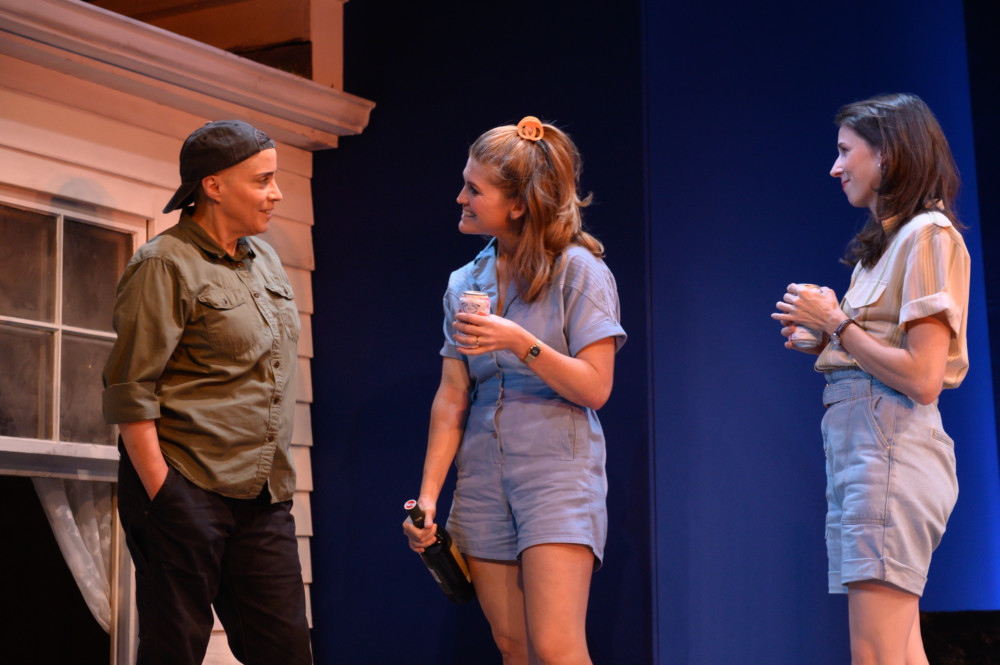