The Songs of Scott Evan Davis – 54 Below 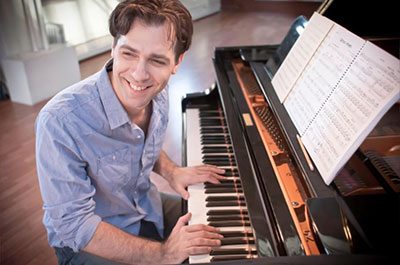 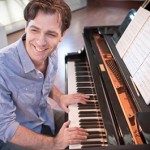 Scott Evan Davis is relatively new at songwriting—four years in. A showcase of his songs is impressive considering his recent arrival to the scene. But at 54 Below, on September 23rd, 14 very gifted singers showed up to perform his material and were obviously delighted to be there. The writing is ambitious, the melodies promising; but the talent and clear intention of Davis, to veer on the side of character and relationship, makes it a singer’s delight.

The evening began with a classic anthem about “getting out there,” Take on the World performed by Remy Zaken and Derek Klena; Julie Reyburn and company Cautiously Optimistic; and to further stake his claim to clever and sardonic lyrics Kim Grogg sang You Make Me Crazy with the relish of exposing a serial sadist. Karen Mason and Joshua Dixon performed a lovely song Walk a Little Slower and delicately created an intimate picture of a mother and son.

Davis showcased one of the songs he has written for Arts Connection, an organization creating musical projects for students on the autistic spectrum—If the World Only Knew—which was sung by Sierra Rein through a puppet, Kay the pal. David Harris was particularly riveting in Someone Else’s Eyes. Scott closed the show with the self-revelatory I Am and introduced us all to a charming artist and a great addition to the musical community.

Lennie Watts directed this evening with incredible clarity and style. There was a great flow created with performer and style of song; not a single lag in the rhythm.