Songwriter Billy Recce Returns to 54 Below 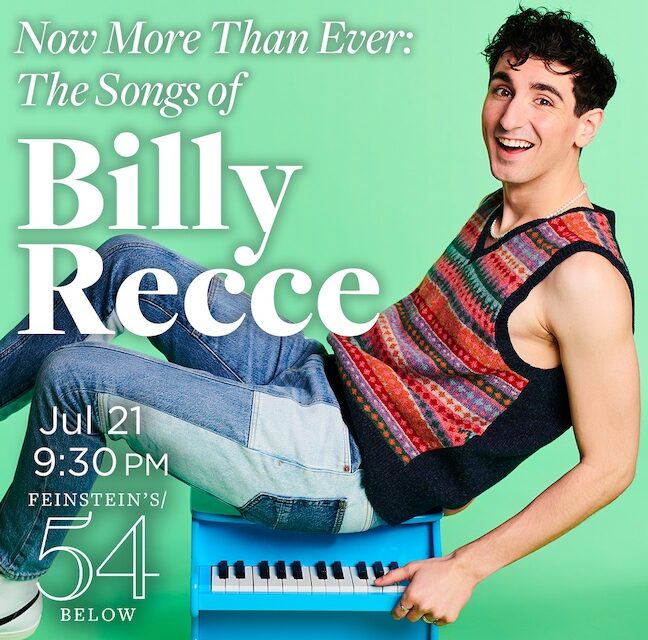 NOW MORE THAN EVER: THE SONGS OF BILLY RECCE. Billboard-charting and two-time MAC Award-winning songwriter Billy Recce returns to Feinstein’s/54 Below on July 21 @ 9:30 pm for the first time in two years to sing songs of inspiration, perseverance, homophobic fried chicken, straight girls in gay bars, high-end prostitution rings, and hope. Now more than ever, when we need an overindulgent new musical theatre writer in an H&M suit, Billy Recce (Little Black Book, A Musical About Star Wars) meets the moment.

In this, an intimate, irreverent evening of story songs from upcoming projects, Recce’s music will be sung by a colorful cluster of the country’s most talented up-and-comers and Broadway stars, alongside a rocking band. Come hear who Broadway Radio has hailed as “the most promising songwriter in a long, long, long, long time” before he gives up on the industry and goes into finance or real estate like so many before him.

The company is rounded out by Roger Dawley, Will Harden, Sarah Kleist, Jayda Mendiola, Lauren Robinson, and Jacob Simon.