Songwriter Drew Brody Had 54 Below Jumpin’ 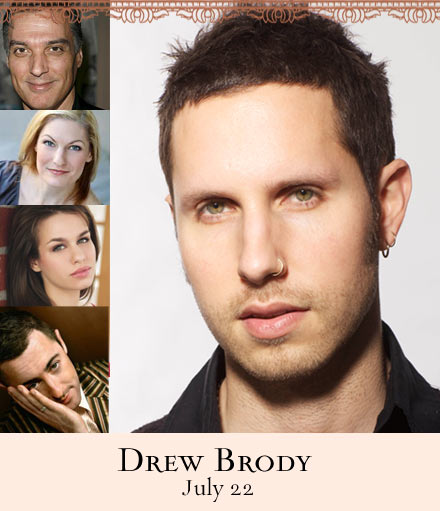 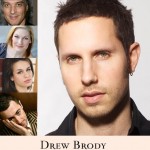 Drew Brody’s music and lyric style is contemporary now, pop-rock, R & B. The evening began with a song from “Cutman” (recently performed at Goodspeed Opera House), a story about a Jewish boxer trained by his father (played by Robert Cuccioli) in the basement of a synagogue.  But there’s always a love interest and in this case, it was passionately exemplified in “Come Back” (sung by Ana Nogueira). The title song was presented by Bob Cuccioli as a powerful portrayal.

Bullying is the themed topic offered in “Mudge Boy,” a musical about a family dealing with loss, a father who is the perpetrator, as singers John Arthur Greene & Becca Ayers tell a sorrowful tale of “Escape.”

Brody received a slap on the wrist from a local critic in Charleston, S.C. who accused him of using “gastroenterologist with a fleeting sense of irony” in his show “Derma” – about scleroderma – described as a beautiful, but depressing, story as Megan Lewis and Drew Gehling sang “Two Kids” (and one on the way), humorously depicted!

Brody writes a variety of emotionally charged compositions, i.e. “Pieces of Her ” (sung by Drew Brody), “The Dam” (sung by Amal Bouhabib) both from Mudge Boy, and “Black Clouds” (from Derma) sung by Emma Hunton; Brody knows about love and its pitfalls – – “Ghost of Chance” (from Wilshire) sung with Emma Hunton in a duet.

The evening ended with a sneak peek into Brody’s latest song “Another Version of Me” written for the musical “Curvy Widow.”  There’s no doubt, we’ll be hearing lots more from the talented songwriter!

Performers were accompanied by Andrew Sotomayor on piano plus bass, drums, violin.