The Sound of Their Music: Rodgers & Hammerstein 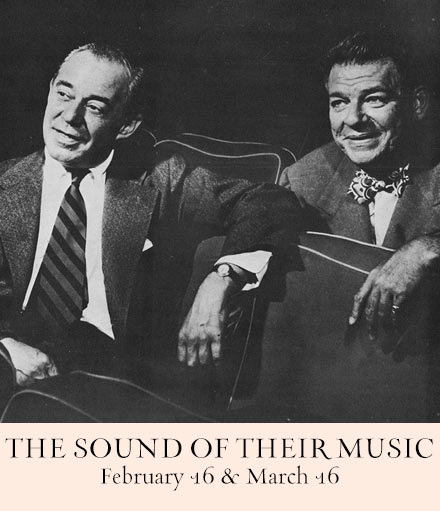 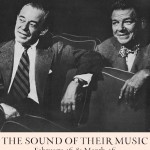 On February 16 at 54 Below, Phil Geoffrey Bond presented the first in a monthly series of “The Sound of Their Music:  Rodgers & Hammerstein” featuring four great singers with legit voices and a wonderful orchestra of Broadway musicians:  Gregg Jarrett, pianist and musical director; Ray Kilday on bass; and Rudy Rosensweig on drums and percussion who gave a big Broadway sound to the arrangements.

The singers this night were the golden voices of Christine Andreas who opened the show with an animated “I’m In Love With A Wonderful Guy.”   Before and during the show there were slide shows on the screens at the sides of the stage.  Bond took the podium and again, as in all his shows, told us about the creative history and backstage maneuvering on the shows.  Brian Charles Rooney serenaded us with “Younger Than Springtime” and “You’ve Got To Be Taught.”  After some background on “South Pacific,” the musical that won a Pulitzer Prize and ran for years on Broadway with $250 scalper tickets,  Bond told us the back story of “The King and I” which was originally going to be a straight play.  We got the history of Yul Brynner in the show (suggested by Mary Martin) and his reluctance to shave his head.  Metropolitan Opera star Patricia Racette opened up her operatic chops to sing a stunning “Something Wonderful.”  Broadway star Sierra Boggess, who is also classically trained, sang, with full verse, a glorious “If I Loved You.”  Bond gave us the background of “Carousel.”  Ferenc Molnar had turned down many offers to musicalize his play “Liliom” until he accepted Rodgers & Hammerstein’s offer and he received 1% plus $2,500 of the weekly grosses which were sold out for years.  Andreas gave us a plaintive “What’s the Use of Wondering” and Racette earned bravas for her glorious “You’ll Never Walk Alone,” with stunning choices on the high notes and the muted last word.

“The Sound of Music” was the last show featured and Racette did a bouncy “My Favorite Things” and Boggess sang the song from the movie “Something Good.”  Rooney closed the act with a beautiful rendition of the title song.  The house was sold out and there was a standing ovation for the singers and musicians.

The next presentation of “The Sound of Their Music:  Rodgers & Hammerstein” will be presented at 54 Below on March 16 at 7PM.  There will be a different cast:  Liz Calloway, Marcus Paul James, Elizabeth Stanley, and John Treacy Egan.  Tonight there was a sold out house.  Go to www.54Below.com for reservations or call 646-476-3551.