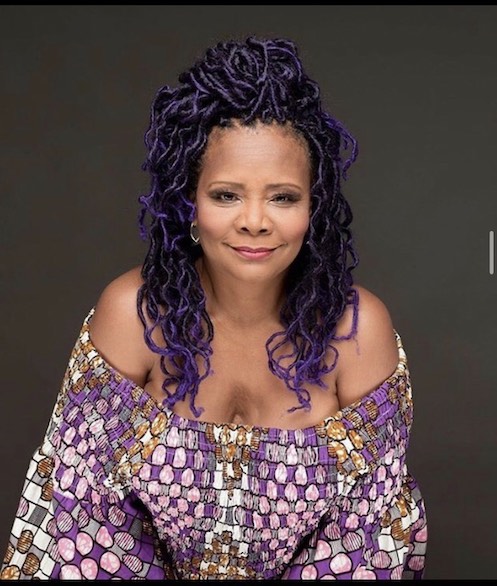 Tonya Pinkins began performances September 27 at the Public Theater in Lorraine Hansberry’s A Raisin in the Sun. The production runs through November 6th. Tickets are available here.

Theater Pizzazz had several questions for the multi-talented Ms. Pinkins who is a Tony Award Winner, along with numerous other Awards, an actress and filmmaker.

*You have starred in some of THE most important shows on Broadway playing a wide variety of women – – Sweet Anita in Jelly’s Last Jam; Lady Liv in Play On!; the title role in Caroline, or Change, and so many more amazing shows and they are incredibly complex women. Which of these women is most like you and which ones did you have to dig deep to try to identify with?

Tonya Pinkins: I am an old school “Method” Sandy Meisner/William Esper actor so I believe all of my characters are versions of me. When I played Sweet Anita in JELLY, I had never gotten to play anything other than an ingenue so I had to find that Woman in myself. And when I did Caroline at the public I was 39 years old and I have 4 kids. Lady Liv is probably the least like me and so she was the most fun. Lena Younger in RAISIN is a woman living with her adult kids which I have done as well.

Tonya Pinkins: Well, I was trained that acting is responding and reacting. So I study, I never stop studying and training. That is the scaffolding. Then when I get on stage I want to forget about all of that study and training and simply put my attention on the other actors/characters and “live truthfully and fully” in the moment. That is what getting out of the way is. I am not planning or trying to so anything but be authentically present once I get into performance

*Tony Kushner has described the relationship between Caroljne and the little boy (him) as a “kind of fantasy relationship with Caroline, but it’s not – – it’s a very, very delicate and easily disrupted relationship.” Can you elaborate?

Tonya Pinkins: I don’t know what Tony meant. Caroline is based upon a real person from Tony’s life. The musical is magical realism. The fantasy as far as I can tell, that the little boy imbues Caroline with powers she doesn’t have in the same way the the medical profession has imbued blacks with have super natural strength and immunity to pain

Tonya Pinkins: George always said that future productions of the show would be melodrama. I did not see the most recent production. But from what I was told and from the adverts the revival was a fantasy version with a happy Black maid. Clearly today’s critic, Ben Brantley hated it the first time and loved this version is harking back to wanting a nostalgic fantasy of Black enjoyment of subservience. I’ve noticed a tendency in a lot plays that I’ve seen to make light of Black history which is different than making fun of it. I’m all for making fun but not for making light

* Let’s talk about your film Red Pill which you direct, produce and star in, set just before the 2020 election about a group of progressive canvassers who go to Virginia to help get the vote out, but it’s more than that, it’s a wake-up call about white privilege and racism. This is an important conversation that has been on the forefront since prior to the 2020 election. now years later, has anything changed? Do you feel more hopeful moving forward? Are there examples of how things have gotten better/worse?

Tonya Pinkins: When I watch RED PILL now I think it’s so on the nose it’s coming to pass. I wrote RED PILL in 2019. This was inevitable. I am more terrified of American than I have ever been. I’m terrified for humans world wide. The earth will be fine she will throw us off and start with some new species. Im reading Douglas Rushkoff’s SURVIVAL Of THE RICHEST and to learn that there is a class of people who are preparing for their personal survival because of the destruction of the world by their practices that are continuously destroying the world… terrifies me. And that social media has created the most ignorant group of people the planet has ever know. We have access to more information than ever but it is also easier to accept pre-packaged information that may just be and probably is false and is simply sowing seeds of our own annihilation

*While you were making Red Pill, did you foresee the extreme amount of voter suppression that has been proposed and enacted?

Tonya Pinkins: Voter suppression is old. It has always been the Republican Party platform. They know that uneducated people don’t vote so they lobby to destroy education . They know that the majority of people support democratic principles so they lobby to keep people from voted in all races. If the American population turned up as they poll for EVERY election not just primaries and presidential, we would have more of a democracy. But voter registration and voting is obstructed because the minority that has always been in power in this country is preparing for a doomsday that they hope their personal enclave can survive

*Currently, you’ve just opened in A Raisin In The Sun at the Public Theater. What particularly excites you about this production? Will it be a familiar interpretation or is there a fresh perspective on the story (since people are not afraid to stand up for their rights and we view assimilation differently than they did in 1959, etc)?

Tonya Pinkins: My career has been working on new plays. This is my first true “revival” I had done a production at Rutgers but I was the only professional actor. Robert O’Hara enticed me to join this production because he has a vision that is more in line with Lorraine Hansberry’s own vision for the play. In 1959, there were not a lot of Black or person’s of any other culture attending Broadway. The production was so powerful and seminal that three movies have been made of it and two Broadway revivals. But there is much that is in Lorraine’s original text that was made “light” of in the previous incarnations. For instance, the apartment is usually quite lovely. Leaving you to wonder why they need to leave. Clint Ramos’ scenic design is based upon the actual redlined tenements of Chicago at that time. When you walk in the theater and look at the set you will know “They gotta get out of this apartment.”

Robert also asks why a play by a Queer Black woman, which Lorraine was and which has three Black female characters, is known to the world as a play about a Black man’s dreams. Patriarchal misogyny was more acceptable then and Walter Lee’s behaviour has always been made light of. Further an entire character and scene have never been done in any Broadway production. Perry Gaffney brilliantly portrays the neighbor Mrs Johnson who brings the outside world into their apartment letting you know about how violent whites were bombing blacks homes when they moved into perceived white areas. In 1959 that was probably something no one wanted to hear. But that silencing persisted in the revivals as well So yes this is a fresh and more in keeping with Lorraine’s own vision production of the play