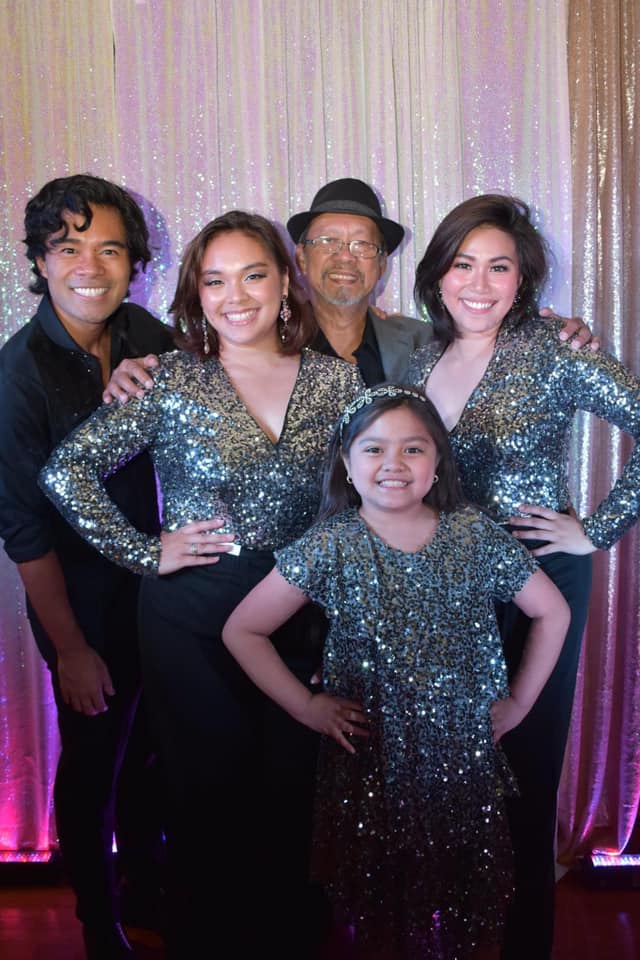 It was a spirited evening of virtual cabaret at MetropolitanZoom.com on Friday, August 7, when Special 3K took the stage at 7PM for an hour of pop tunes and musical theater favorites. Special 3K is a new girl group created and produced by Robert R. Blume of Step Forward Entertainment.

The artists of Special 3K include Kea Chan, Kayla Merrow, and 10 year old Denise Kara, along with MC and Special Guest Justin Senense and musical director Bobby Deleon, live on piano.  The audience, in this virtual Zoom setting, had the ability to participate via screen by flipping their video cameras to “on.” 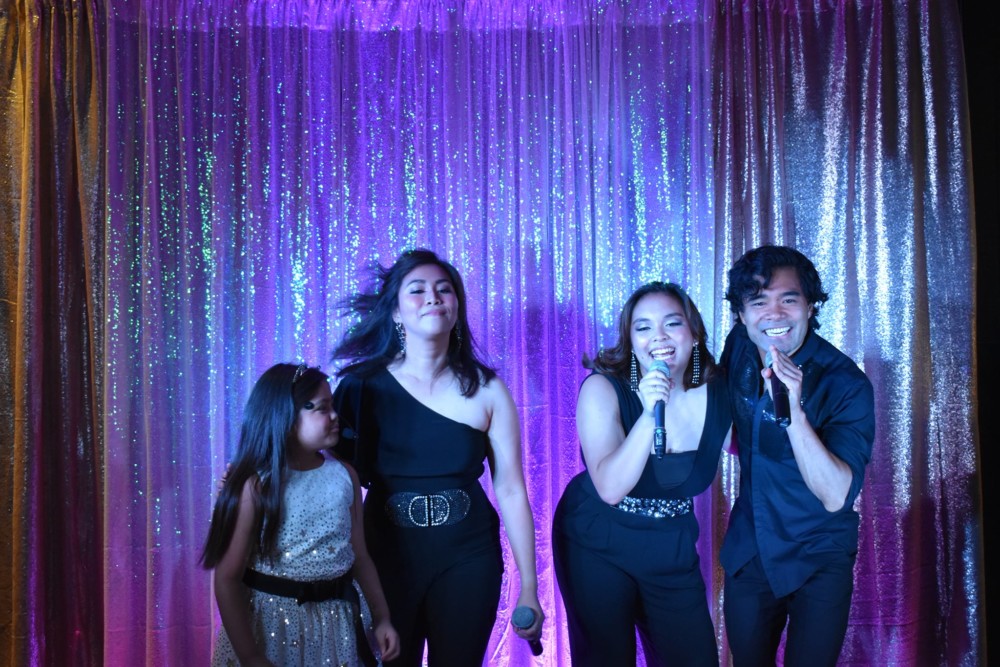 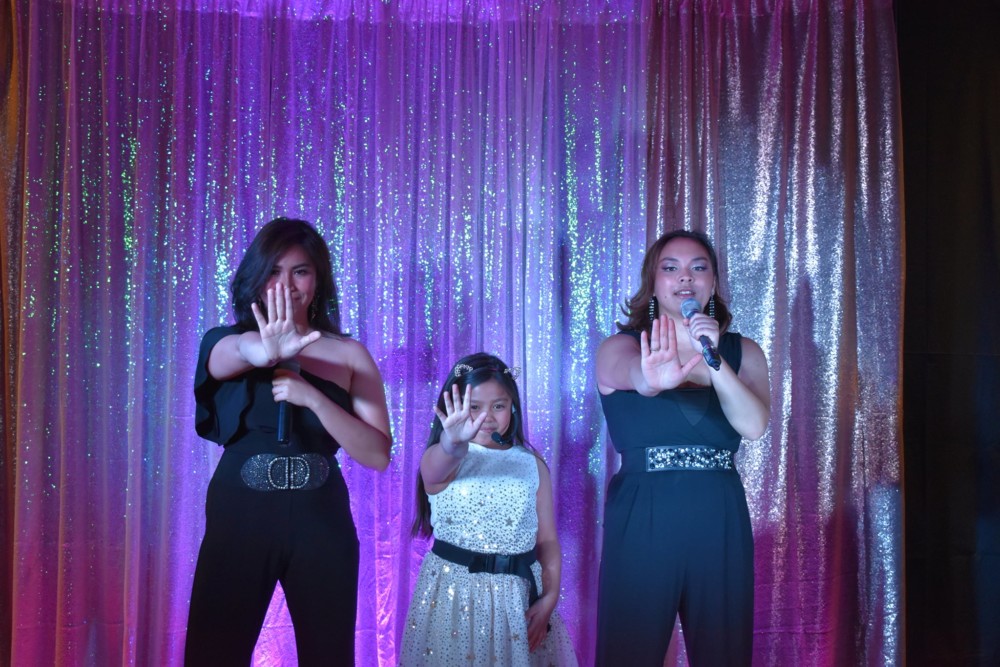 The evening began with “I Got the Music in Me” and “The Sun Will Come Out Tomorrow.”  Disney favorites, selections from Phantom of the Opera, Gypsy, and stadium classics like “Don’t Stop Believin’” by Journey, graced the shallow stage with the sparkling, lilac curtain.  Ingénue Kayla Merrow showed great range with “Loving You,” and Kea Chan offered a tribute to Broadway’s recently deceased Nick Cordero with “Wishing You Were Somehow Near Again.”  “Anything You Can Do” (Kea and Denise) was a nice, light number before the sequence including “When You Wish Upon a Star” and “A Whole New World” from The Little Mermaid.  Denise Kara played “Dance Monkey,” keyboarding while singing, showcasing popular music within the larger evening of melodic show tunes.  Kayla Merrow shared her favorite roles, and Kea Chan explained her roots in the Philippines, including performances of good-will, in alignment with the UN. 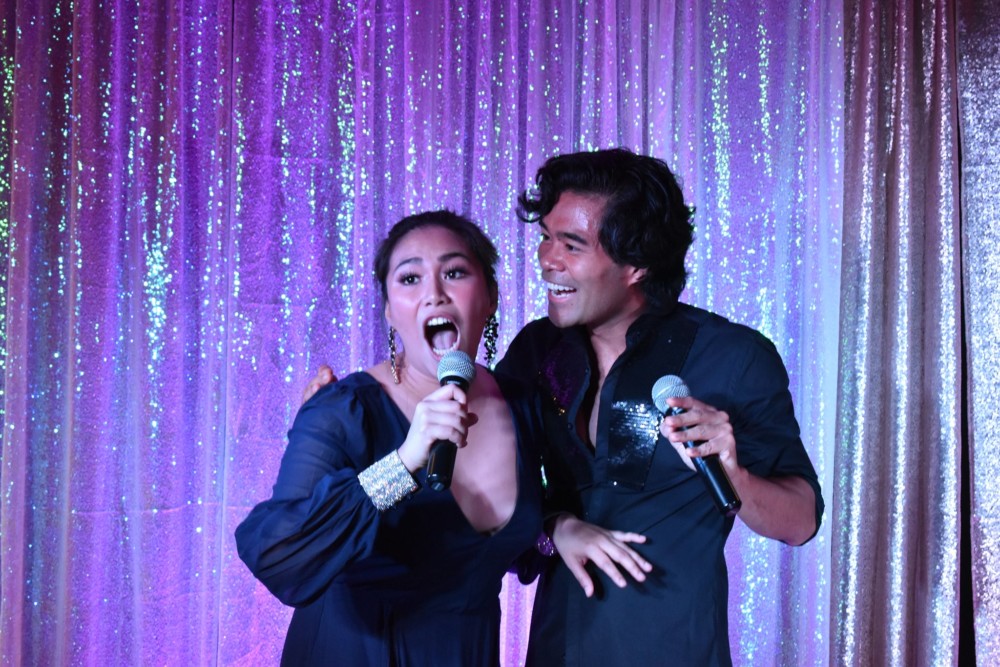 Justin Senense sang a beautiful rendition of “Photograph.”  The round sounds held meaning through every phrase, and lyrics were a joy to hear.  I couldn’t recite each word, but when Justin Senense sang that he wanted to “Take a photograph and live inside of it,” I believed him.  Moving beyond the cruise ship effect of hand-held microphones blasting to a computer, I truly appreciated the finale that included a re-appearance of all the artists.  Kea Chan was particularly strong with “That’s Life,” bringing her own brand of soul music to the stage.  Light choreography (by Justin Senese) filled the narrow performance area, and the artists gave their virtual audience a moment to get up out of their seats at home and clap their hands.

After almost six months of not attending a show at a cabaret or nightclub, the recognizable music in “Looking Toward Tomorrow” was heartening, and the evening was absolutely joyful. 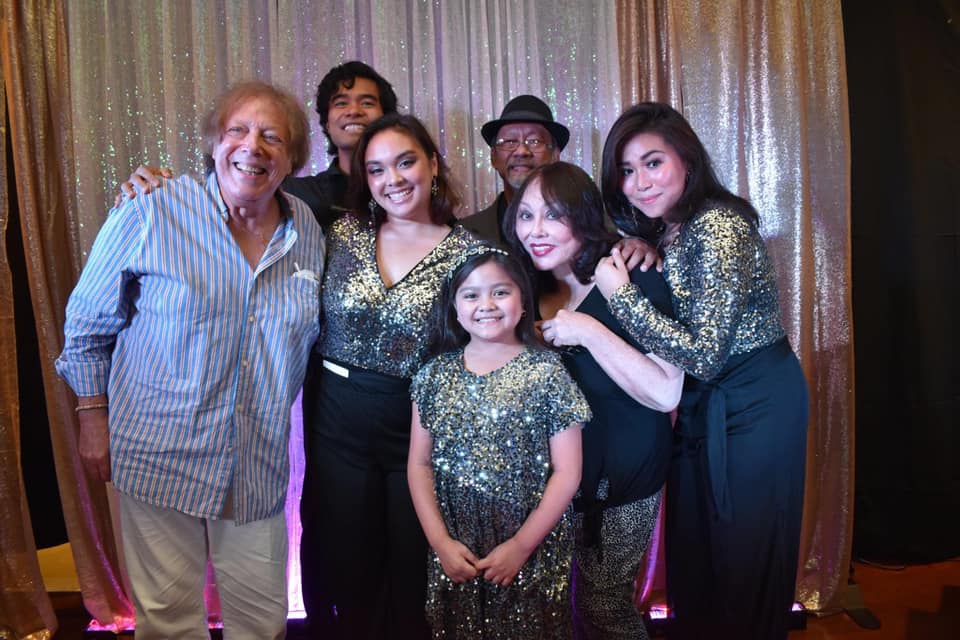 MetropolitanZoom is the brain child of Bernie Furshpan, an owner of the former Metropolitan Room that has now morphed into the first Virtual Night Club featuring international artists from all musical genres. MetropolitanZoom.com