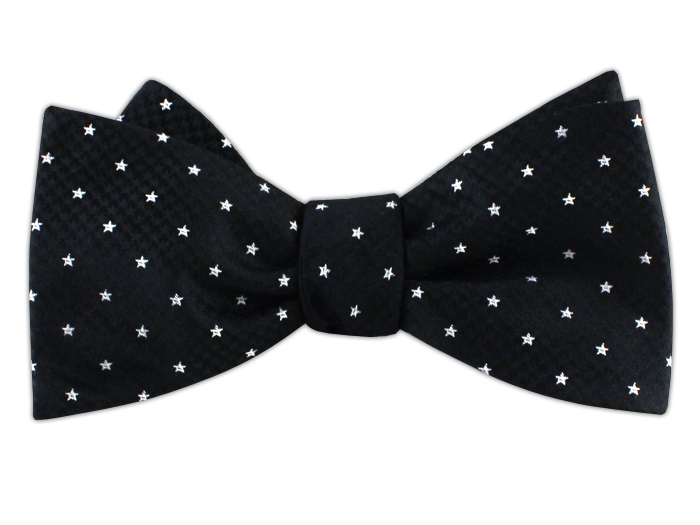 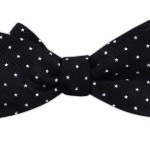 Jesse Tyler Ferguson and husband, Justin Mikita, have once again created an exclusive special edition bow tie by “Tie The Knot for The Tie Bar” for the 2014 Tony Awards. This year’s design feature a pattern of stars against a midnight background, representing the Tony Awards “Where the Stars Align” campaign. “Tie The Knot” www.TieTheKnot.org was founded to raise awareness and advocate on behalf of marriage equality. All proceeds benefit United States organizations fighting on behalf of LGBT Civil Rights. This exclusive, limited edition Tony bow tie is available for purchase at www.TheTieBar.com for $25.

“When designing the Tie The Knot collection with The Tie Bar, we tried to incorporate the essence of the night yet keep it completely refined for a black tie event.” says Ferguson. “Exactly,” Mikita continues, “a patterned black bow tie with small stars is a statement accessory that will complete the outfit and give it some personality that would otherwise go unnoticed.”

The Tony Awards, hosted by Hugh Jackman, will be broadcast in a live three-hour ceremony from Radio City Music Hall, on the CBS television network on Sunday, June 8, 2014. For more information on the Tony Awards, please visit www.TonyAwards.com.

“The incorporation of our ‘Where the Stars Align’ campaign into the bow tie’s design creates a wonderfully stylish memento of this year’s Tony Awards that Broadway fans can wear for years to come while supporting a wonderful cause. We are honored to partner with Jesse and Justin again this year,” said Charlotte St Martin, Executive Director of The Broadway League and Heather Hitchens, Executive Director of the American Theatre Wing.