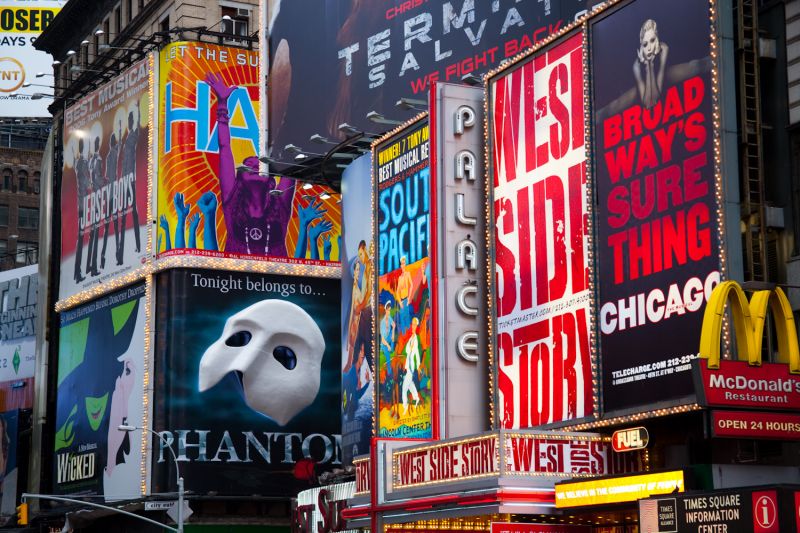 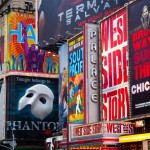 Spotlight on Broadway—an interactive website and multi-media project featuring the history of Broadway—has officially launched with 40 videos that chart the evolution of Broadway’s 40 official theaters and honor the thousands of men and women who have worked on Broadway. Developed by the City of New York Mayor’s Office of Media and Entertainment, in partnership with The Broadway League, each video was filmed inside one of the Broadway theaters and features insightful interviews with some of Broadway’s most legendary performers and creative professionals.

“New York City’s Broadway theater district is unlike anywhere else in the world, and Spotlight on Broadway brings its unique history together in a fun, new way,” said Commissioner Katherine Oliver, Mayor’s Office of Media and Entertainment. “Broadway is an important part of our City, contributing $11 billion to the local economy and attracting visitors from around the world. Spotlight on Broadway is a veritable who’s who of Broadway legends, and we’re grateful to everyone who took the time to share their experiences. Spotlight also pays tribute to those individuals whose names may never have appeared on a marquee, but whose contributions to Broadway are just as significant.”

“Spotlight on Broadway is a way to preserve the history of Broadway in a modern way that will surely engage all audiences,” said Charlotte St. Martin, Executive Director of The Broadway League. “The interactive media component is a treat for all who love the magic that happens inside a Broadway theatre, and the map installation will lead the way. This worthwhile and impressive project reflects the iconic collaboration between Broadway and New York City: past, present, and future.”

“Broadway is the most influential of all live entertainment mediums in our national culture, and Spotlight on Broadway is another way to delight the millions of fans who will be entering the doors of our theatres,” said Nick Scandalios, Chairman of The Broadway League, Executive Vice President of the Nederlander Organization and Chairman of the Spotlight on Broadway advisory board. “The photo galleries showcasing architectural details and the insights into careers in the theater are just some of the unique features on the website of this tremendous and exciting project. The in-ground map installation in Duffy Square will honor New York City and our 40 Broadway theaters, while helpfully showing the way.”

Another feature of the website is ‘Spotlight on Professions,’ which takes a look at the different careers in theater through interviews and conversations with various union and guild members who offer insights into jobs like composer, stage manager and sound mixer. SpotlightonBroadway.com also includes photo galleries showcasing architectural details of the individual theaters that most theatergoers never get to see, like the view of the audience from the actor’s point of view on stage. A mobile version of the site is also available designed to help people discover the history of the theater district during their visits to the area. Half hour editions of Spotlight on Broadway, introduced by actor Victor Garber, are scheduled to air on NYC life (Channel 25), the official network of the City of New York, later this month, beginning Sunday, October 27 at 9pm. NYC life is available in the New York tri-state area on broadcast, cable and satellite channels.

Later this year, an in-ground map made out of steel and granite will be installed in Duffy Square, the triangle bound by Broadway and 7th Ave between W. 46th and W. 47th Streets in Times Square. The large-scale map provides a fun way for visitors to visualize the density of the world’s largest theater district while standing in the center of Times Square. Approximately 63 percent of Broadway audiences are tourists; in 2012, New York City welcomed 52 million visitors.

Spotlight on Broadway originally grew out of an idea from actress Arlene Dahl who wanted to commemorate the achievements of those who spent their careers on Broadway. Dahl was honored with a Spotlight on Broadway Award last fall and appears in the video about the Palace Theatre: “My dream was always to play the Palace. Like the song goes, unless you played the Palace you were nowhere. I thought this is where I was meant to be.”

The Spotlight on Broadway videos were produced, directed and written by Bobbie Birleffi, Beverly Kopf and TVGals Media in association with Ileen Gallagher, ISG Productions and Next Millennium Productions. The website was designed and built by Local Projects; the on-site installation was designed by Doyle Partners and Local Projects in partnership with Snøhetta.