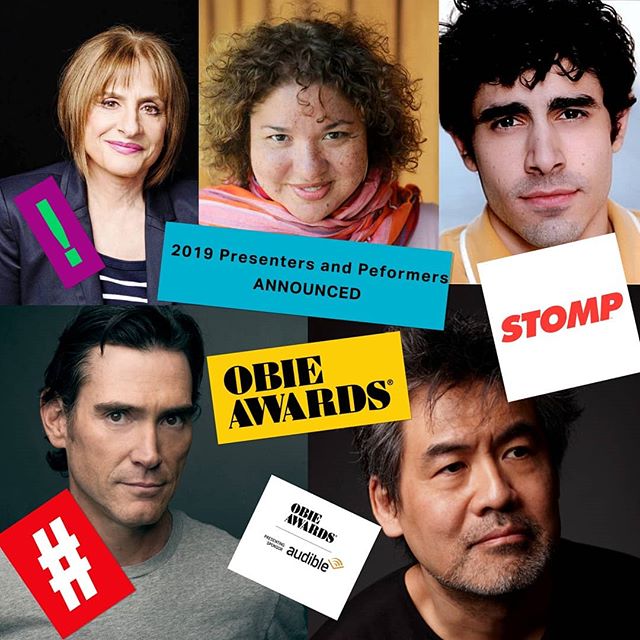 The American Theatre Wing (Heather Hitchens, President and CEO) and The Village Voice (Peter Barbey, President and CEO) are thrilled to announce the star-studded line-up of performers and presenters for the 64th Annual Obie Awards, being held on Monday, May 20, 2019 at Terminal 5 (610 West 56th Street).

STOMP, the international sensation and iconic New York theatrical landmark, will be celebrating its 25th anniversary with a special performance at this year’s Obie Awards. The legendary show received a Special Obie Award for Choreography in 1994.

Music will be provided by Adam Schlesinger and the “Crazy Ex-Girlfriend” band.

Audible, the Presenting Sponsor of the 2019 Obie Awards announced the Minetta Lane Theatre as its creative home for live performances in New York last year, and Billy Crudup’s performance of Harry Clarke, the company’s inaugural live show at the Minetta Lane, won an Obie Award in 2018.