In State vs. Natasha Banina, Arlekin Players, out of Boston, MA and produced and presented by the Cherry Orchard Festival, provided a highly interactive drama that stretched the bounds of technology. Music held the audience in a waiting area. Then, computer polls arrived on the screen, and the viewing audience responded in real time. Could we be empathetic toward orphans, those raised in poverty? Are we male or female? With the Zoom audience displayed on the screen in live time with the performer, the audience is asked to become a conscious participant, watching the day of the trial of a 16 year old young woman, charged with manslaughter.

Seated behind my computer screen, linked in through the remote world, I witnessed the monologues of Natasha Banina. One actress on the screen recounted her earlier days. Natasha says that she looked in the newspaper one day, and none of the stories were about her, except on the last page. Recovering from escape after detainment, we know that she has a long way to go, should she integrate to society again. Missing her mother, yearning for the days with a man, Natasha, flies in her mind and backs up against corners, her imagination running wild in a world so plainly blank and white or colorized like the wish of an MGM musical, locked inside four white walls. 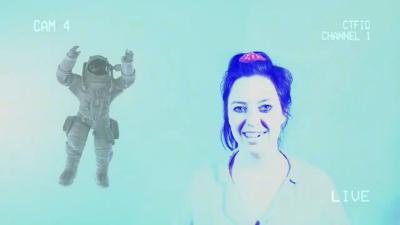 Love can be an awful motivator, and in this drama, we wonder if an early abuse pattern kept Natasha away from a clearer path. We hear about reform school. We hear about the loss of her mother, into the prison system. Story after story, after story, Natasha, played by Darya Denisova, appeals to the camera overhead. The text, based on Natasha’s Dream, a play by Russian playwright Yaroslava Pulinovich, is repetitive. Directed by Igor Golyak, Natasha wants you to believe that she is a fighter. With a light mob accent, influenced by Boston, Natasha throws her arms toward the camera and sketches on the walls. A chair is in the distance. A television appears, as does a moon-man. The flat white sometimes becomes blue-ish or raspberry behind her. If her love interest hadn’t fallen against her wishes, would Natasha not be in a white cell, standing to her crime, dreaming of jumping out of the third floor? Soaring and flying about, her psyche finds comfort in the frightening place, filled with extreme potential of an unbalanced mind.

Arlekin Players Theatre has tested the bounds of Zoom, instinctively, pulling out their subtle and intricate background design to make the performance complete. For the audience, choosing Gallery or Speaker View gave an appreciation of being in a room with others, while being held at a distance. At the end of fifty minutes, grimly watching this recounting of events, we were asked to assume responsibility in making decisions, based on what we have heard. Is she guilty or not guilty? Results from the poll were immediate, and the audience, the night I was watching, voted to convict.

State vs. Natasha Banina has three remaining performances – June 28, July 8 and July 12 at 8pm. For information or to reserve a Zoom spot, visit www.CherryOrchardFestival.org.  Each performance offers a live post show discussion. 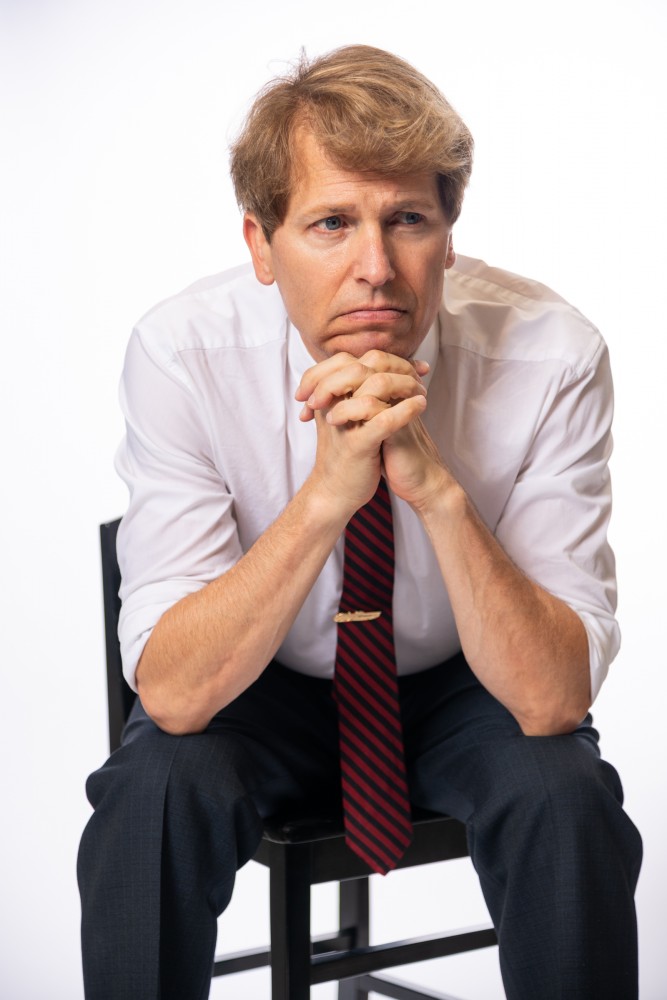 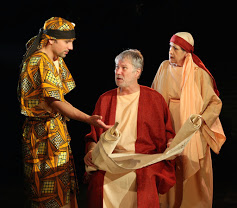 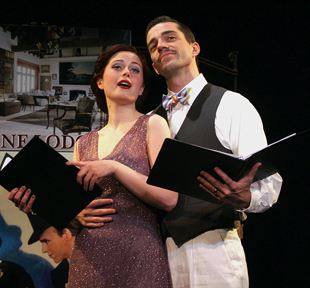