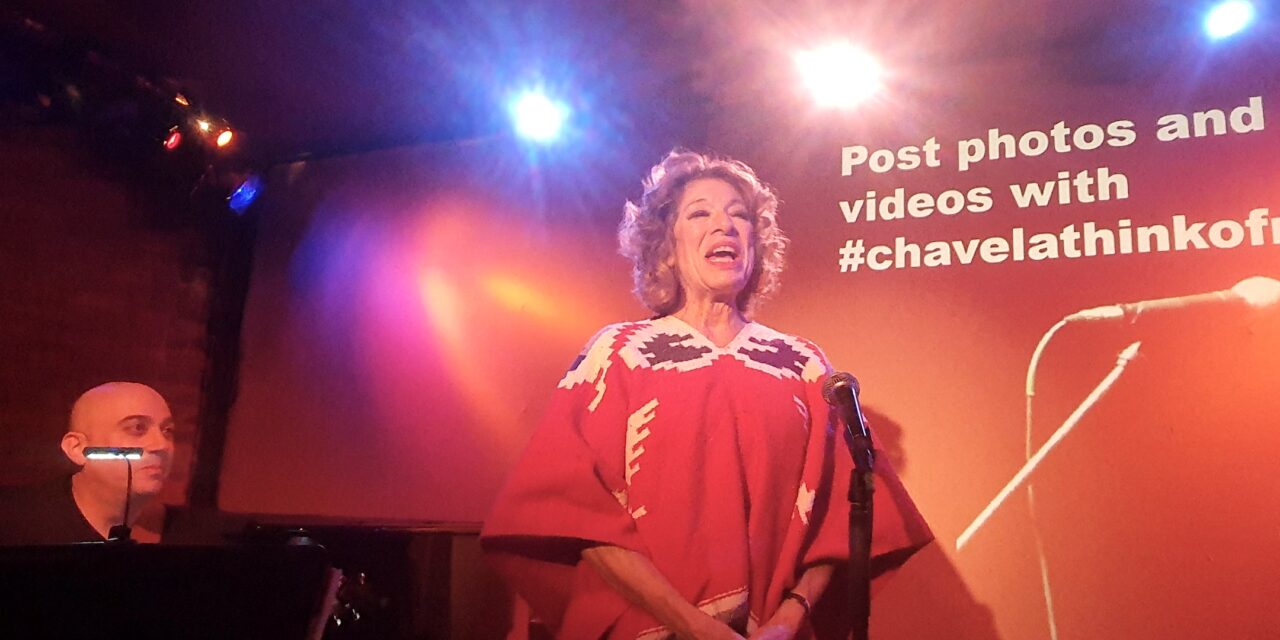 For the music lover, it is thrilling to discover “unknown” artists who were in plain sight all along.  On this evening, November 22, at Don’t Tell Mama, it was a double dose of discovery, with the introduction to both the lovely Stephanie Trudeau and Chavela Vargas, the Costa Rican-born musical muse Trudeau inhabits in the multimedia presentation Becoming Chavela.  This is the latest incarnation of a show Trudeau has presented here several times.

An actress and singer for over 40 years, the Bronx-born Trudeau possesses the warm, lovely voice of a woman half her age. She presents a compelling history lesson, in stories and songs, aided by still photos and videos, of Chavela, a household name in Mexico but largely unknown elsewhere. Pedro Almodovar put her songs in films like Flower of my Secret when she was already about Trudeau’s age today.  Chavela, who died at 93 in 2012, was the subject of a 2017 biopic, Chavela.  The many affairs and lovers of“Mexico’s Majestic Lesbian Chanteuse” purportedly included Frida Kahlo and Ava Gardner.

Backed by Ben Lapidus, a fine guitarist, Trudeau sang a dozen songs, mostly in Spanish, seven of which were by Jose Alfredo Jimenez, including “Corazon, Corazon.”  She shared tales of Chavela’s life between numbers, often in the first person, living up to the Becoming Chavela title.

“Volver.  To return,” Trudeau said, brings us back to Chavela’s beginnings.  Her first song, “What a Difference a Day Makes” (Maria Grever/Stanley Adams) was one of the few sung in English, repeating it in Grever’s original 1934 Mexican form, “Cuando vuelva a tu lado” (“When I Return to Your Side”).   With photos of the actual Chavela on the screen behind her, Trudeau sang “Sabor a Mi” (Alvaro Carillo), which translates to “taste of me.”  Trudeau said, seductively, “In your mouth you will carry the taste of me.”  Interestingly, the sweet sounds coming out of Trudeau’s mouth were in sharp contrast to that of the raspy alto of Chavela, who was known as “The Rough Voice of Tenderness”

With a bottle of Jose Cuervo Especial Tequila in hand, she poured herself a drink, and, in character as Chavela, trading her New York sound for a Costa Rican accent, she told her story.  Chavela left Costa Rica for Mexico, where she sang in the streets, in cantinas, any place she could.  An alcoholic, “Chavela” remarked, “There’ll never be enough of that tequila.” “Once again, I am drinking with strangers,” pleasantly surprising the audience by having shots of strong tequila distributed to the entire room.  We drank together.

“Chavela” put on a bright red serape, a Mexican garment that resembles a poncho, nearly identical to one worn by the actual Chavela on the screen.  Talking of her many affairs, she told of singing at Liz Taylor’s marriage to Mike Todd, and then seducing Ava Gardner after the wedding.  She changed serapes several times as a low-budget, but effective, costume change that moved Chavela’s story along.

A particularly sexy song was “Macorina,” the only song of the set written by Chavela herself, based on a poem by Alfonso Camin, became known as the “lesbian anthem of Mexico.  “Put your hand here,” Trudeau translated, gesturing where “here” was.  Chavela was clearly ahead of her time.

“Soledad” (Jose Alfredo Jimenez), which means “solitude,” was sung as a reflection of the loneliness and despair that filled much of Chavela’s life.  Still, Chavela finally found acclaim with a renewed career and new audiences.  She sang at Carnegie Hall, and “came out” at age 81, although she had never hidden her sexuality.  Appropriately, Trudeau called back to the “volver” line with “Volver, Volver” (again by Jiminez).

She finished the show as she began it, with a song more familiar to American audiences, “Besame Mucho,” written by Consuelo Velazquez at the age of 16.   In the hands of a mature woman, it was compelling and poignant.

Becoming Chavela is a modest winner that has the potential to be a much bigger show.  Trudeau has a wealth of source material that deserves to be seen, and it will be a pleasure to hear Stephanie Trudeau sing again, in any language.  Ms. Trudeau has another show scheduled on December 30 at 7 pm 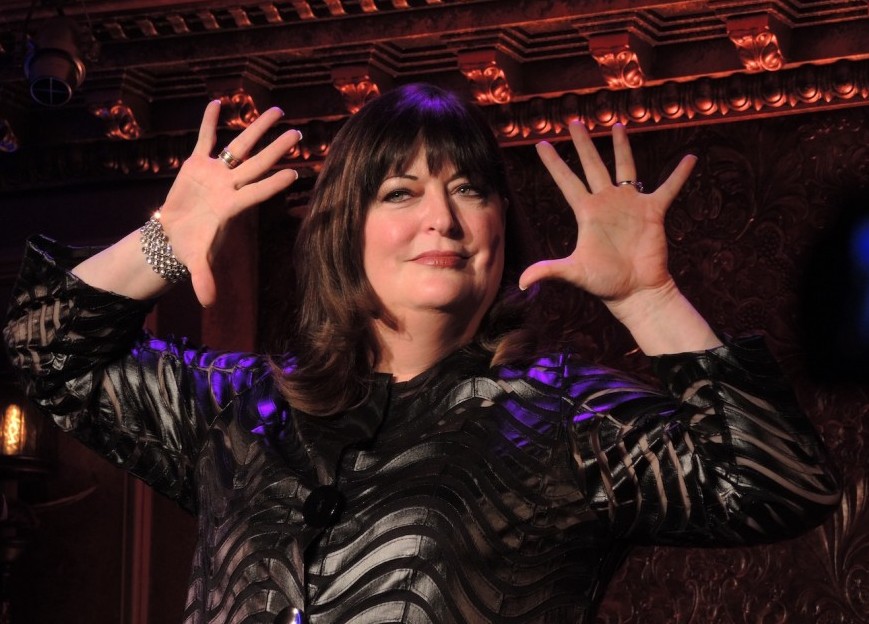 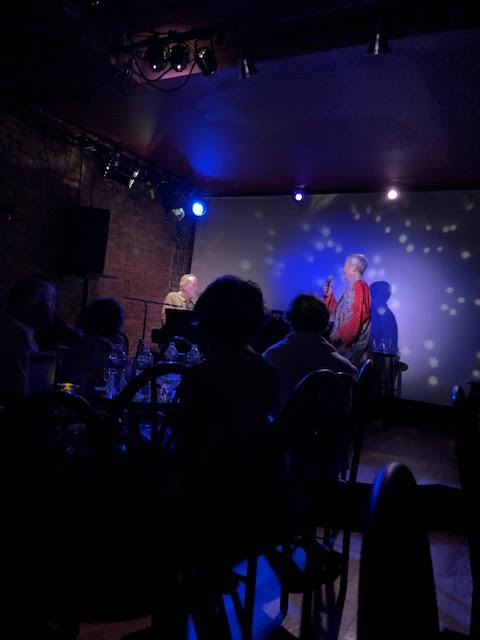 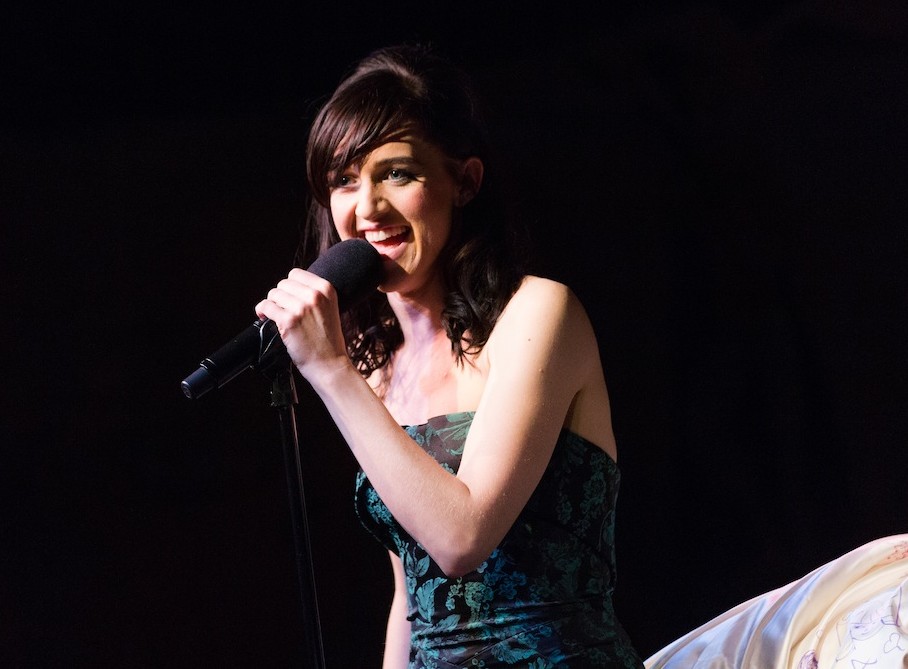