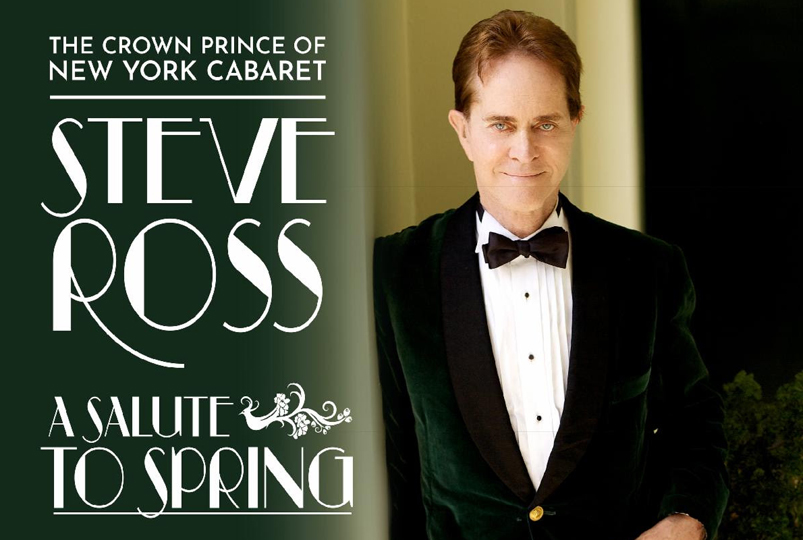 In his return to BIrdland, Steve Ross is welcomed by a sold-out club room. Much table hopping ensues as fans and friends reconnected. Familiar anticipation pervades.

An adopted son, Ross opened the evening with “New York Coloring Book” buoyed by wry, minuet flourishes. Sincerity was clear. Cole Porter’s “Please Don’t Monkey with Broadway” followed in the same vein, this one evoking a line of satin-shorted chorines.

Murray Grand’s double entendre “The Spider and the Fly” and Ann Croswell/ Lee Pockriss’ hysterical “The Dolphin” are songs we’d be unlikely to hear anyone else perform. Ross is famous for disinterring this kid of eclectic, droll material, performing it with just the right deadpan, eyebrow-raised skill. ‘Delightful.’

“Penthouse Serenade” (Will Jason/Val Burton) is old fashioned, melodic sway music. Ross effortlessly takes us back to an era most have never experienced. The contemporary “Can It Be This Good” (Brian Gari) has similar feel- an uncomplicated, straight-from-the-heart message delivered with grace.

Turning on a dime, “Bob Wells/David Holt’s “Mobile” sashays in as hip-swinging honky-tonk. “Piana” and “suprana” come trippingly off the tongue. Piano hands have fun.

A highlight this evening is Mischia Spoliansky’s “Midnight” (lyrics-Michael Steffan). Unlike better known composers Kurt Weill and Friedrich Hollaender who fled Germany, Spoliansky remained in Weimar Berlin during the war. The song is horrified, resigned, redolent. Ross theatrically conjures a Kabaret scenario. “Nothing will ever be the same/Were we all really to blame/’Not even a chance to know your name…coldly as we disengage skin from skin…” he sings darkly. Accompaniment has an adroitly drug-like lag.

Two tender medleys are particularly affecting. “While We’re Young (Bill Engwick/Alec Wilder/Morty Palitz), “Song On The Sand” (Jerry Herman from La Cage Aux Folles), and “One of Those Songs” (Will Holt/Gerard Calvi) emerge palpably melacholy. A group of less frequently performed Stephen Sondheim songs ends with the heart-wrenching “Stay” which arrives haltingly as if a significant other were but feet away from the artist. Ross’s seeming understatement is, in fact, deeply layered.

The show is less coherent than Steve Ross’ usual offerings but has much unique and satisfying to offer.