Steve Tyrell has ‘A Song For You’ 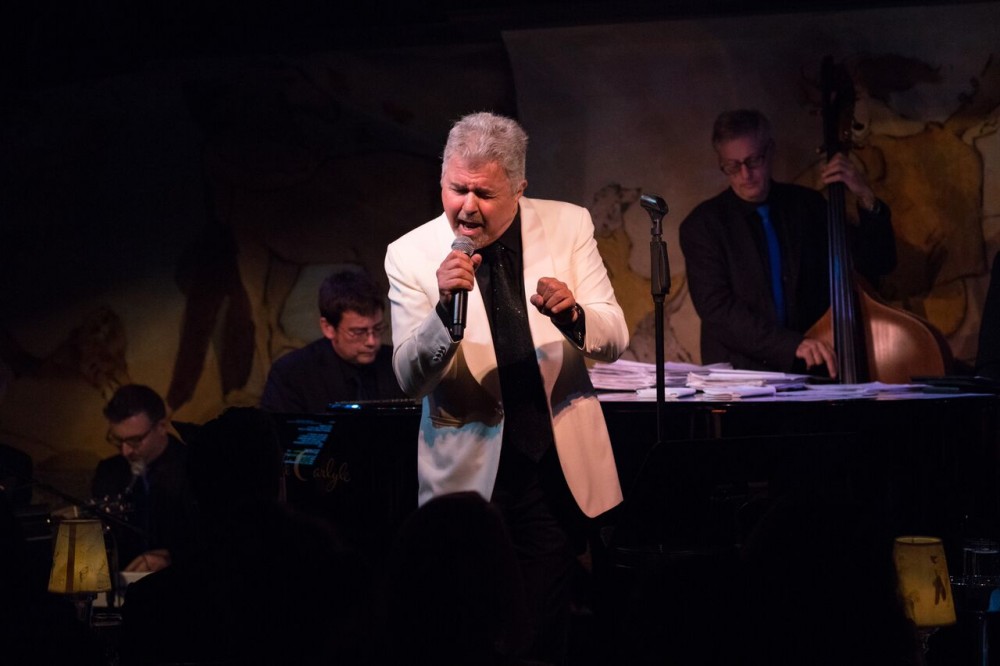 Actually it’s not a song, but many of the best songs that make up the great American songbook; songs that Steve Tyrell has sung for a lifetime, many filled with memories and most available on his latest CD titled above. This is Steve’s 13th year bringing joyful sounds and tunes to the romantic Café Carlyle during this holiday season. Fans come from all around the country to revel in the unique style of storytelling for which Tyrell is known – sexy, raspy, gripping.

A Grammy Award and two time Emmy Award winner, Tyrell makes magic on the small stage on which Bobby Short reigned, along with his six piece band of top of the line musicians including the flying fingered Quinn Johnson (piano/Musical Director); Bob Mann on guitar and as arranger; Kevin Winard on drums; David Mann on sax and flute and Jon Allen on keyboards and vocals. And each gets his star turn throughout the evening.

From country, honkytonk feel “What a Little Moonlight Can Do” to a smoky, slow “Try A Little Tenderness,” and on to and ardent Van Morrison’s “Someone Like You,” Tyrell has got you covered. Quinn Johnson got a key turn on Fats Waller’s “Ain’t Misbehavin’ pre Tyrell vocal interpretation. All the while, Tyrell has tales and backstage stories to tell, a CD to sell and happily talks about radio’s KJazz 88.1, where he’s having the time of his life as a radio host on “The Steve Tyrell Show” (online at www.jazzandblues.org) He’s one busy guy!

He gives credit to Hal David and Burt Bacharach and the impact they had on him when he met and worked with them at the age of 19 years and they taught him the art of storytelling. The next couple of tunes paid tribute. “This Guy’s in Love With You,” “I Say a Little Prayer” . . . getting hoots and shouts especially from the female section of the audience.

And he owes a lot, says Tyrell, to Diane Keaton whom he met in Father of the Bride, where he reinvented and re-popularized classic pop standards in his breakthrough performances. Of course, NASA thanked him generously many times as the guys in outer space were kept happy listening to him singing “On The Sunny Side of the Street” daily!

Tyrell proudly talks about producing Diana Ross (among other great performers) and recording the first Barry Gordy hit “To Be Loved.” And love is what he’s got to give, and gives generously, to all his fans and friends ending the evening with “Always On My Mind.” Steve Tyrell is your kind of guy, everyone’s kind of guy, with a marked sincerity for delivering songs that both stir the soul and bring back great memories.

From what I’m told, his one-month run thru New Year’s Eve is just about sold out! But you might be lucky and still score a reservation. More than worth the effort!