Stew and Heidi Rodewald – One Night Only Concert 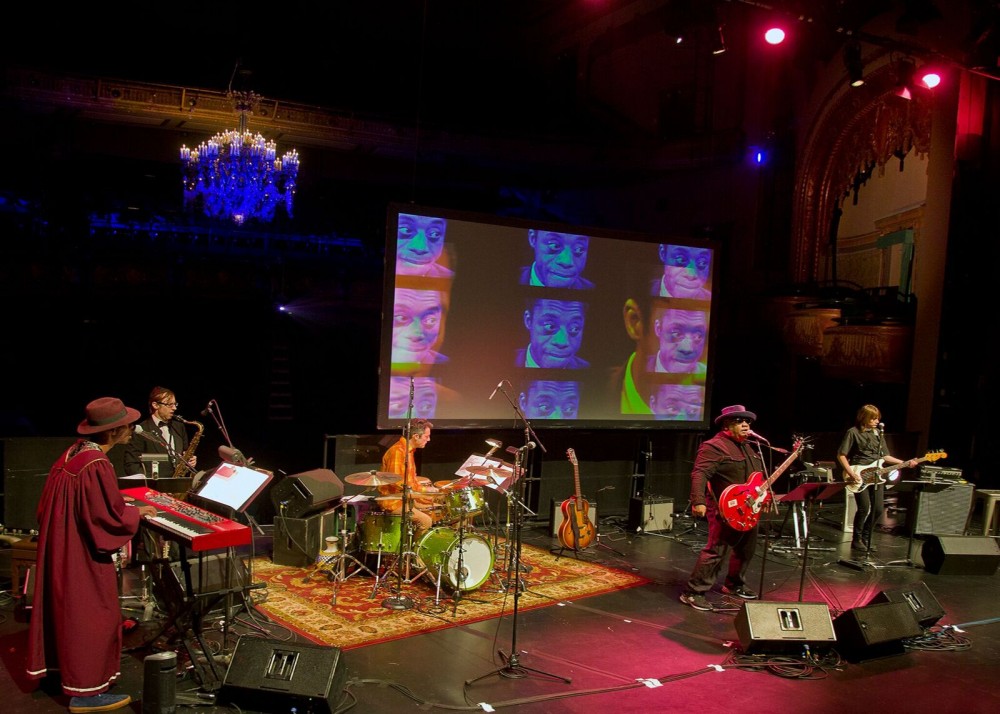 STEW & THE NEGRO PROBLEM – the powerhouse indie rock band fronted by longtime collaborators Stew and Heidi Rodewald – will perform a one-night-only concert at THE TOTAL BENT/NATIVE SONG DOUBLE RECORD RELEASE PARTY, featuring selections from the duo’s two most recent recordings, on Monday, June 18 at Le Poisson Rouge (158 Bleecker St.) in Manhattan.  Doors open at 7 pm for the concert beginning at 8 pm.  Admission is $25 (in advance) and $30 (door).  Seats can be purchased at www.lpr.com

It’s been 10 years since Stew and Heidi’s ground-breaking musical PASSING STRANGE took Broadway by storm, followed by the 2009 release of the acclaimed film directed by Spike Lee.  Now, STEW & THE NEGRO PROBLEM return with this evening of songs from the 2018 recordings “Notes of a Native Song,” and “Total Bent.”

THE TOTAL BENT was developed by The Public Theater, where the musical had its debut, and was hailed by The New York Times as “blazingly entertaining; an ecstatic combination of revival meeting and rock concert.”

NOTES OF A NATIVE SONG features a score that delves into the complex aspects of the late, literary giant James Baldwin’s life and work.  The recording captures, according to The New York Times, “meditations on Baldwin’s themes – of the comfort of exile, of the anger and pain that being black in America can inspire work that blends myth and imagined history.”